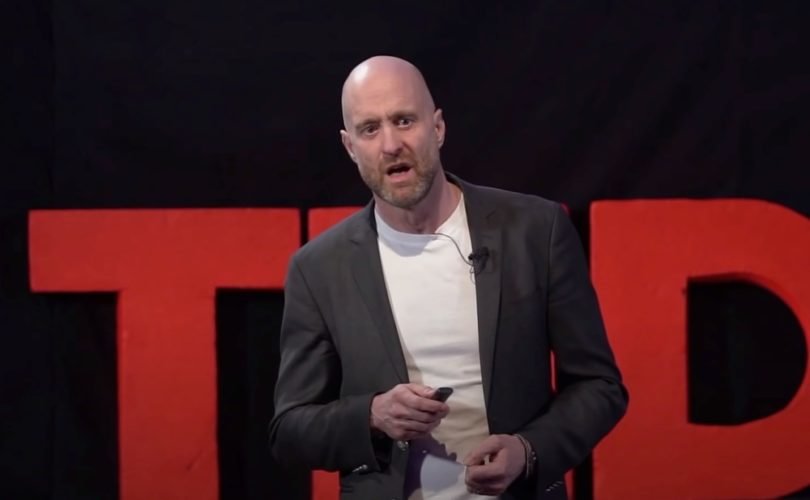 STOCKHOLM, Sweden May 24, 2021 (LifeSiteNews) – A leading Swedish psychiatrist has said that daily media reports on COVID-19 have caused the general population to live in an unhealthy cycle of fear and panic.

In a TEDx Talk, David Eberhard, psychiatrist and head of staff at Prima Maria Addiction Care Clinic in Stockholm, has urged people around the world not to live in fear of a virus with a negligible mortality rate.

Despite the fact that the virus is not particularly dangerous for the majority of people, according to Eberhard the media’s daily reporting of COVID-19 deaths for over a year has led ordinary people to believe that if anyone contracts the virus “they will most certainly die.”

According to Eberhard, being mortal, death is part of the natural cycle of life. However, the risk of dying is not usually broadcast over television on a daily basis. This emphasis on death is causing the population to believe that “everything is out of control,” which will lead them to overestimating the risks of the virus.

“If you provide numbers of deaths each day,” Eberhard said, “it will create panic, and this is exactly what has happened.” This has caused governments to implement stringent lockdowns and curfews, with Eberhard noting that “the longer the pandemic has lasted, the more draconic measures governments have been taking.”

Some attribute the actions of governments around the world to the Dunning-Kruger effect, which is when ignorant people overestimate their competence and therefore make mistakes. However, since many highly educated people are “contributing to the panic,” Eberhard argues that the current situation cannot be completely attributed to this effect.

Instead, he says that the situation reminds him of the essay, “The Basic Laws of Stupid People,” written by an Italian economic historian, Carlo Chipola. Chipola explained that the amount of stupid people is not relational to their education level nor their intelligence as defined by IQ.

Instead, the defining factor is when “their actions lead to bad outcomes” for both themselves and for others.

“Overestimating the dangers of an infection with a mortality rate of around 0.2 % and at the same time, ignoring massive negative effects of their actions cannot be described in a better way,” Eberhard added.

For a year, children have not been going to school, businesses have been suffering, and the mental side effects are only just beginning to be known.

Eberhard explained that many countries are suffering from “National Panic Syndrome.” This “leads to people being too scared to die. At the same time, it makes the population less ready and capable of handling real danger.”

Citizens living in countries suffering from National Panic Syndrome, Eberhard said, will often develop “security junkie syndrome.” This is when a person seeks more safety, but then feels more insecure despite living in the “safest circumstances in history.”

This leads to perpetually living in fear and then becoming lazier. “If you are afraid, you will be very easy to control, which is what we have seen during the pandemic.”

However, Eberhard explains that this is completely psychological. “We all need to stop acting risk-averse and instead, in a rational way, start to challenge our fears,” he said. “The probability that you die of an infection that has a mortality rate of around 0.2 percent is negligible.”

“Whatever you do, remember that life is not about living the longest, but the best. If you live in fear and isolation, there is no point in living,” Eberhard continued.

“Don't lock yourself in and don't let others do it to you. Try to live a good life in the relatively short time you have.”