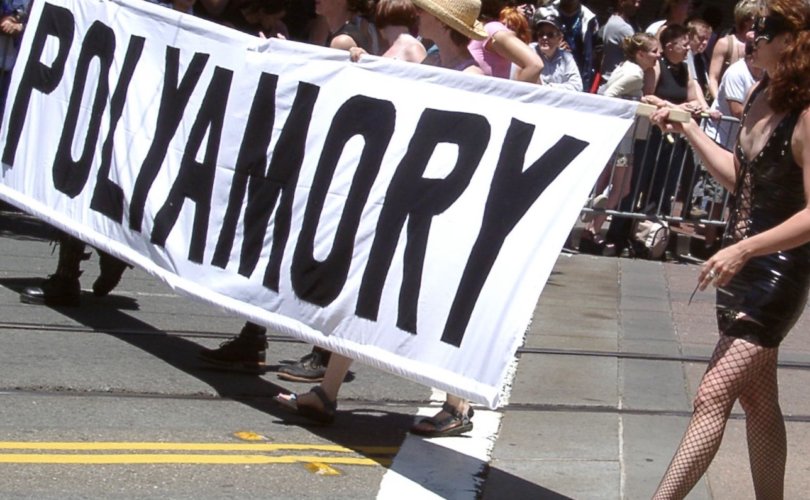 LOS ANGELES, July 10, 2019 (LifeSiteNews) — In order to reduce the associated “stigma” for people who practice polyamory, the American Psychological Association (APA) is putting together a task force to study “consensual non-monogamy.”

Psychologists based at California universities, who are leading the group, seek to promote “awareness and inclusivity about consensual non-monogamy and diverse expressions of intimate relationships.”

According to the website for the task force of Division 44 of the APA: “Finding love and/or sexual intimacy is a central part of most people’s life experience. However, the ability to engage in desired intimacy without social and medical stigmatization is not a liberty for all. This task force seeks to address the needs of people who practice consensual non-monogamy, including their intersecting marginalized identities.”

Division 44 of the APA is the Society for the Psychology of Sexual Orientation and Gender Diversity, which seeks to normalize the homosexual and transgender lifestyles.

The task force plans “to generate research, create resources, and advocate for the inclusion of consensual non-monogamous relationships in the following four areas: basic and applied research; education and training; psychological practice; and public interest.”

Another constituent of Division 44 is the Religion and Spirituality Task Force, which seeks to “reduce theological barriers often separating sexual minorities from the sources of their beliefs.”

A Facebook page for the task force was started in April 2018, but its website is private. Psychologists Heath Schechinger and Amy Moore are co-chairs.

Schechinger is a psychologist at the University of California-Berkeley. According to his eponymous website, Schechinger “specializes in providing sex therapy and working with alternative relationships and lifestyles, diverse sexualities, couples/partners, and infidelity. He has considerable experience in working with concerns related to polyamory/open relationships, kink, TGNC/NB, and LGBQIA.”

Social conservatives have long warned that the introduction of same-sex “marriage” would effectively abolish the meaning of marriage. Princeton University professor Robert P. George warned in “Is Polyamory Next?” for The American Interest in 2015 that homosexual “marriage” opens the door to marriage that includes more than two persons.

“If gender doesn’t matter for marriage, they ask, why should number matter?” he asked. “'If love makes a family,' as the slogan went when the cause being advanced was gay marriage, then why should their family be treated as second class? Why should their marriage be denied legal recognition and the dignity and social standing that come with it?”

In an email to LifeSiteNews, psychologist Daniel Boland responded to the news about the polyamory taskforce. A member of APA for more than 50 years, Boland said, “In this entire arena of so-called transgenderism and affiliated conditions, the APA has abandoned all respect for fact-based research and scientific tradition. It has capitulated to the most unstable, most radical elements in our society. It has thereby nullified its once well-founded claim to represent health service providers. It abandonment of its original professionalism renders it no longer credible to the public or to its members.”

According to The Christian Post, Andre Van Mol, MD, of the American College of Pediatricians said the APA task force is an example of the promotion of “marginal sex practices being promoted as normal with academic gloss … This is the entirely expected and predicted consequence of what happens when ideology replaces science. The APA is yet again showing us that they are a professional guild and not a scientific organization.”

Polyamory is gaining acceptance in popular culture. For instance, Teen Vogue — which is directed at girls 13 and over — recently had an extensive article about Willow Smith, daughter of singer Jada Pinkett Smith and actor Will Smith, who has declared herself polyamorous.

Admitting to occasions of past self-harm, the 18-year-old singer said she is equally attracted to men and women and averred that she would find fulfillment in a relationship with two other people. The arrangement is known as a “throuple.”

“I love men and women equally, and so I would definitely want one man, one woman,” she told Red Table Talk recently. “I feel like I could be polyfidelitous with those two people.” Willow said  “ … I feel like if I were to find two people of different genders that I really connected with and we had a romantic and sexual connection, I don’t feel like I would feel the need to try to go find more.”

Smith said of monogamy, “There's no freedom. It's all fear based.”