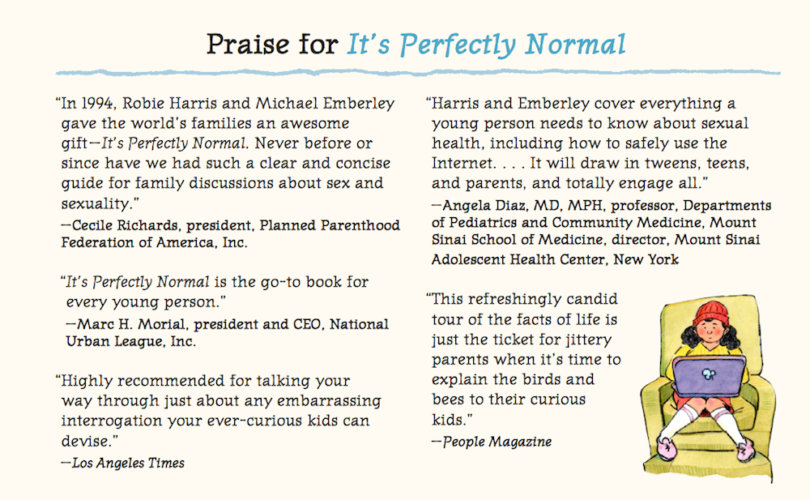 SEATTLE, Washington, December 5, 2016 (LifeSiteNews) – The U.S. Girl Scouts council that turned down a sizable donation last year in favor of embracing gender politics is putting young girls at risk for exposure to objectionable material via its program registration.

Girl Scouts of Western Washington is offering a puberty workshop over four months from January to May conducted by The Wright Conversations, which offers sex education programming for ages six and above.

Registration is through the Wright website, which puts Scouts looking to sign up for the workshop in close proximity to troubling information on abortion and sexually graphic material.

Because of the possibility for young girls to be exposed to the material, the relationship between the Girl Scout council and The Wright Conversations is disturbing, Girl Scouts Why Not founder Rochelle Focaracci told LifeSiteNews.

“The Girl Scouts of Western Washington are pretty much advertising this,” she said. “To me, it’s a concern that it’s just a couple clicks away, and young girls can access and see this stuff.”

Also among Wright’s Books for Children and Adolescents is “It's Perfectly Normal: Changing Bodies, Growing Up, Sex, and Sexual Health (The Family Library),” a long-standing sex education book controversial for graphic depiction of sex in its material and cartoon-like images.

The abortion pages of “It’s Perfectly Normal” routinely reference abortion as a woman’s “right” and list among the reasons “a female or a couple might want or need to end a pregnancy,” the fact that the “parents do not have enough money or time to take good care of a baby, or they already have children and cannot afford another child.”

Author Robie Harris, who has received Planned Parenthood’s Mary Lee Tatum sex education award, was presented the National Sex Education Conference Golden Brick Award in 2014. Planned Parenthood Federation of America (PPFA) Vice President of Education Leslie Kantor made the presentation and stated that Harris was “definitely one of us,” touting the fact Harris had two books make a banned book list in one year.

“It’s Perfectly Normal” and other Harris books are linked on Planned Parenthood’s “Books About Talking with Your Children About Sexuality” section of its Resources for Parents page, and Focaracci points out as well that a comparison of the abortion giant’s Resources pages and that of The Wright Conversations shows a striking similarity.

The Girl Scouts of Western Washington provided LifeSiteNews with the following statement in response to an inquiry about the Scout council’s relationship with The Wright Conversations:

“Girl Scouts of Western Washington does not take a position on reproductive rights or birth control. We encourage everyone who participates in Girl Scouts to support and believe in what they choose. Our role is to help girls develop self-confidence and good decision-making skills that will help them make wise choices in all areas of their lives. We offer a mother/daughter workshop, Growing Up with Grace, that focuses on issues such as body changes, healthy boundaries, friendships and self-confidence. Parents or guardians make all decisions regarding program participation that may be of a sensitive nature. For this particular workshop, mothers or guardians are required to attend with their girl, and register for the workshop knowing the topics that will be covered.”

Focaracci, whose organization advocates for awareness of the Girl Scouts’ ties with Planned Parenthood and other radical sexual interest groups, told LifeSiteNews that her previous efforts to communicate with the Girl Scouts about controversial information they find on the Scouts have not been fruitful.

“In the past, we have always attempted to do that,” she said, “and they usually direct us to their Frequently Asked Questions page.”

“They say they don’t do it,” she stated about the Scouts associating with these groups, but “obviously they are.”

Her research showed numerous instances of the Girl Scouts of Western Washington partnering with The Wright Conversations and that the association has been carried out since least 2015.

The Girl Scouts of Western Washington had received a $100,000 donation last summer with the stipulation it not be used to support transgender programming. The request came after news reports saying the Scouts had opted to allow boys identifying as girls to join.

The Western Washington council chose to return the contribution, almost a fourth of its fundraising goal, and instead launched a social fundraising campaign in the wake of the publicity created by its refusal of the donation, promptly raising three times the amount of the returned gift.

The Girl Scouts were founded in 1912 as a youth organization for girls pledging to serve God and country, to help people at all times and to live by the Girl Scout Law.

The original law included trustworthiness, loyalty, helping others, being a friend to all no matter their social class, courtesy, being good to animals, obedience, being cheerful and thrifty.

It no longer includes the component, “A Girl Scout keeps herself pure,” and instead says Girl Scouts will “use resources wisely,” and “make the world a better place.”

The Girl Scouts have been enmeshed in controversy for years with either the parent organization or various councils’ involvement in, aside from gender ideology, homosexual advocacy, radical feminism, and advocating for pro-abortion groups.

In addition to Girl Scouts Why Not, other families with similar Girl Scout experiences have begun awareness-raising groups as well, including My Girl Scout Council, Speak Now Girl Scouts and #Cookiecott.

It’s important for families to be informed about what their daughters could become involved with, Focaracci told LifeSiteNews.

“Families need this truth,” she said, “so they can make a decision.”