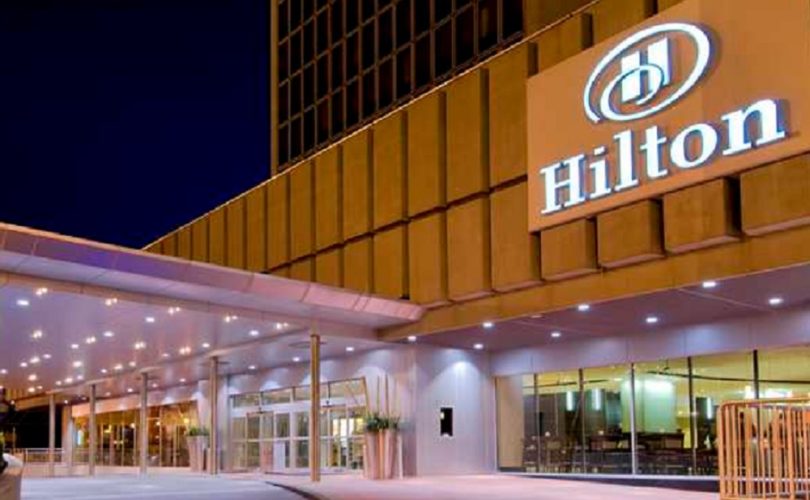 “Partly it was the public pressure,” said Pat Truman, president and CEO of the National Center on Sexual Exploitation, which organized the three-year public campaign that convinced Hilton to make the move. “But to give Hilton credit, they thanked us in the end.”

Truman told LifeSiteNews that Hilton already had in place a serious policy to prevent their hotels being used for sexual exploitation. “They realized it didn't make sense to be against that while promoting pornography, which is so closely connected to it. Sex traffickers use pornography to sell prostitution. It's all connected,” said Truman.

Hilton made the announcement in a way that managed to let its lustier patrons know they could still get lascivious imagery on their hotel-supplied wifi connections. “We are making immediate changes  to our global brand standards to eliminate adult video-on-demand in all our hotels worldwide[.] … We believe in offering our guest as high degree of choice and control during their stays with us, including Wi-Fi on personal devices. However, we have listened carefully to our customers and have determined that adult-video-on-demand entertainment is not in keeping with our company's vision and goals.”

Truman's organization noted that other chains had already dropped pornography, including Omni, Drury, Ritz-Carlton, Nordic Choice Hotels, and Marriott, the last after a campaign five years ago by the National Center of Sexual Exploitation under its previous name, Morality in Media.

“We lead a loose coalition of organizations and churches who circulate our materials to all their mailing lists,” said Truman. Right now, the NCSE's “Dirty Dozen” list of porn-encouraging organizations includes Cosmopolitan magazine and the U.S. Department of Justice – the former for advertisements using child models and the latter for its failure, in the NCSE's view, to “enforce existing federal obscenity laws.” As for Cosmo, the NCSE has succeeded in getting it hidden behind the checkout counters in over 1,000 Walmart and other stores.

In Hilton's case, many thousands of organizations and individuals contacted the hotel's executives (with email addresses supplied by Truman) to condemn the chain's pornography rentals and promise to take their business elsewhere. “It hurts when you lose entire conventions at a time, and we know that happened,” said Truman. Now NCSE is asking supporters to thank Hilton by returning for a stay.