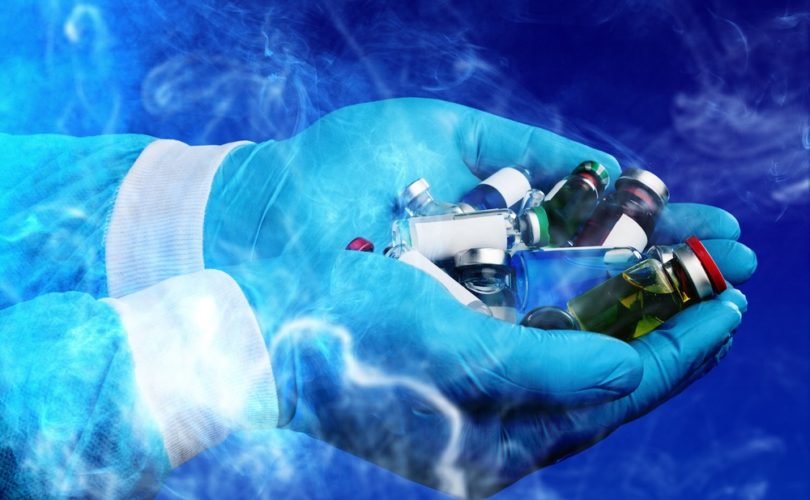 June 8, 2021 (LifeSiteNews) – Public health agencies are engaging in hand-wringing about “vaccine hesitancy” – the growing phenomenon of people questioning the safety and necessity of experimental vaccines against COVID-19. They blame “anti-vaxxers” for fueling the “misinformation” behind reluctance to take shots and say it is preventing herd immunity. But a look at the history of how public health agencies in America and abroad have treated their “herds” in the past may be enough to explain why so many are questioning mass-marketed injections.

“‘Why don’t they want it — these white men who by and large were Trumpers?’ asked CNN anchor Chris Cuomo,” Carlson quipped.

In reality, the White House and CNN got their figures wrong, or as Carlson surmised, they were “lying again.” Centers for Disease Control and Prevention (CDC) data tracking vaccine status by race and ethnicity to June 6 shows that black rates of coronavirus vaccination are trailing significantly behind that of Whites in America: 42% of Asian Americans and 32% of white Americans had received “at least one dose” of a COVID vaccine compared to just 27% of Hispanics and 23% of black Americans.

So, while whites make up a greater number of the nearly 64% total of adults that have received at least one shot of the coronavirus vaccine in the U.S., on a per capita basis the biggest refusers may or may not be Republican, but they are not white. They are black and Hispanic.

Even as Americans are awash in vaccines and injections are being mass-marketed and incentivized with everything from lottery tickets to free beer and Krispy Kreme donuts, about 24% of the adult population does not intend to get a shot and, according to a recent Gallup Poll, are not likely to change their minds any time soon.

It doesn’t help that evidence is stacking up against Dr. Anthony Fauci, chief White House coronavirus adviser, for his role in funding the “gain of function” research at the lab that created the very virus that he has now been put in charge of eradicating.

Not-so-distant past: Tuskegee experiments, mentally disabled kids intentionally infected with hepatitis, nearly 70,000 sterilized against their will

Public health has responded by creating campaigns that have “prioritized” blacks and other minorities, the elderly, and the disabled. These people are most at risk of COVID-19, health agencies say. But these are the same groups that public health has “helped” in the past with targeted eugenics campaigns and racist experimentation of new drugs.

For nearly 20 years, mentally disabled children at the Willowbrook State School in Staten Island, New York, were intentionally infected with viral hepatitis – fed chocolate milk mixed with the feces of infected patients –for the purpose of vaccine research.

Here are just a handful of public health atrocities from the recent past:

‘Public health has never been a friend of the black American’

It’s against this backdrop of public health’s dark history that many blacks are pushing back against COVID vaccination – injection of an experimental drug that was fast-tracked and granted Emergency Use Authorization only because clinical trials are incomplete.

“We have trust issues, a lot of us because of some history of things that have been done in the past. So, a lot of us are skeptical. We want to wait and see,” Emma Agnew, the president of the Craighead County NAACP in Jonesboro, Arkansas told a local news station last week.

“The global tyrants of Big Pharma and Big Tech have been clever in the last couple of years in hijacking the language of social justice,” Jenkins told LifeSiteNews. Worse than that, he added, is that they are co-opting black American leaders in public health, civil society, and churches, to promote their products and campaigns as a social justice or “equity” issue – trying to convince blacks that white Americans are privileged to get the vaccine and black Americans are being left behind.

“They’re using the exact same science that Margaret Sanger used in 1929,” Jenkins said, when Sanger convinced a host of black American leaders that when she was interested in serving them when in fact she was serving Nazi racist and eugenic ideology.

— Article continues below Petition —
PETITION: No to mandatory vaccination for the coronavirus
Show Petition Text
1081707 have signed the petition.
Let's get to 1100000!
Thank you for signing this petition!
Add your signature:
Show Petition Text