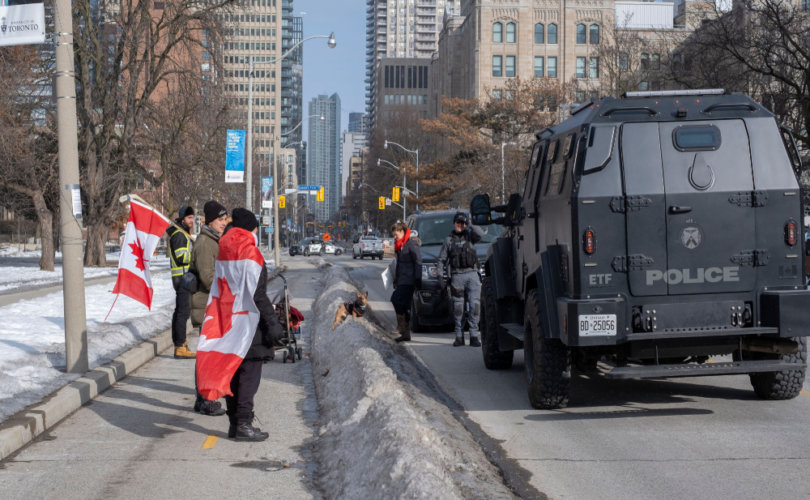 OTTAWA (LifeSiteNews) — The Public Order Emergency Commission requested that the Trudeau government disclose all of the secret information used as justification for invoking the Emergencies Act.

The Commission, which was created in April to investigate Prime Minister Justin Trudeau’s use of the never-before-used Emergencies Act against the Freedom Convoy protest that took place in Ottawa in February, published a document last Wednesday requesting the disclosure of all material, including what has been kept secret under cabinet confidence, for its investigation into whether the use of the Act was justified.

Judge Paul Rouleau, the leader of the Commission, explained that in order for the inquiry to continue the Trudeau government must first begin with a transparent explanation of the reasons for declaring the Convoy an emergency.

In response, Trudeau told the Toronto Star that his government is “going to continue to work to provide the information necessary to the commission” and that “we’ll make decisions based on the questions and the conditions being asked.”

Trudeau’s use of the Emergencies Act on February 14 was met with extreme controversy from both Canadians and politicos abroad. While Trudeau, other prominent politicians, and the mainstream media maligned the anti-COVID mandate protest as an “insurrection” carried out at the hands of a far-right “fringe minority” with “unacceptable views,” footage captured on the ground showed a non-violent demonstration full of families and children playing in bouncy castles and taking part in other festivities.

Despite this, Trudeau insisted the protest was both “unlawful” and an “occupation,” and invoked the Act which allowed him to deploy the national military to forcefully end the protest and even freeze the bank accounts of the movement’s supporters without a court order.

Since then, many of the accusations against the Convoy used by Trudeau to justify the Emergencies Act – such as the Convoy’s involvement in an arson attack, the government saying the act was only invoked at the request of local law enforcement, and claims that the movement was being funded by foreign extremists and terrorists – have all been proven false.

At the time Trudeau invoked the Act, multiple legal experts and constitutional groups immediately condemned Trudeau’s actions as illegal and unconstitutional, with the Canadian Civil Liberties Association (CCLA) filing a lawsuit against Trudeau’s Liberal government seeking an immediate end to the measure.

While the Commission has been convened to investigate the use of the Act, many critics have questioned the legitimacy of the Commission, particularly regarding the impartiality of Judge Rouleau as he has close and longstanding ties to the Liberal Party.

The CCLA is one of those critics, writing in April that the federal government’s “vision for the emergencies act inquiry fell short.”

“The government’s remarks demonstrate that they are hoping for an inquiry that will look primarily at the actions of the protesters. But the requirement to call an inquiry was put into the Emergencies Act to ensure a robust examination of the government’s use of emergency powers. The broader context is important, but the government’s attempts to divert attention from their own actions is concerning,” the CCLA said.

“The Prime Minister and his Ministers’ remarks missed the point — government accountability — making it even more clear why our lawsuit must continue.”