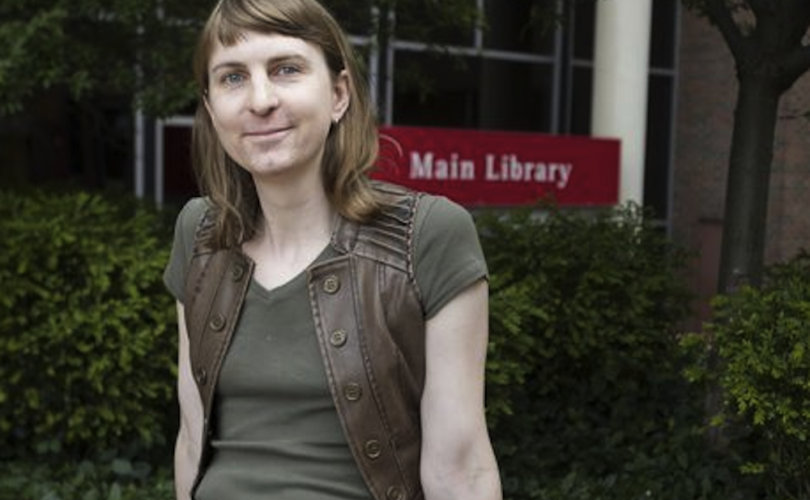 CINCINNATI, Ohio, June 19, 2017 (LifeSiteNews) – A male library employee has won his lawsuit to force taxpayers to foot the bill for his sex change operation.

Nathan Dovel wanted “gender confirmation surgery” to become “Rachel.” Not only is such an operation arguably not in his best health interests, but it is an expensive addition – $250,000 – to the library's Anthem Blue Cross and Blue Shield employee insurance.

The library board unanimously turned him down.

So the 34-year-old man had the surgery anyway and sued the Public Library of Cincinnati and Hamilton County.

Dovel’s legal team argued that by not paying for sex change surgery the library was discriminating against Nathan under Obamacare's rules.

No explanation was made as to what non-transgender surgery they considered “substantially similar” to a sex change operation.

Under tremendous pressure, the library settled with Dovel, basically acquiescing to his transgender-affirming demand.

Anthem added the expensive transgender surgery and opposite-sex hormonal “therapy” to its base plan, assumably raising costs significantly. To appease Dovel, the library hastened its insurance re-enrollment date by eight months to include the new base plan’s sex change operations.

The library also agreed to accommodate LGBTQ-affirming materials and events and “to build an inclusive and trans-positive environment,” including “gender neutral” bathrooms so men can use the women's toilets at the library.

And, the library will now push LGBTQ “inclusion training” on employees.

“Employers across the country should take note that denying medically necessary care for transgender employees is unlawful,” LGBTQ lawyer Asaf Orr claimed. “This settlement … is a victory for all LGBT Cincinnatians.”

Before undergoing genital mutilation, Dovel legally changed his name to “Rachel,” grew out his hair, and started wearing women's clothing in public. He also started taking drugs to artificially block his testosterone and replace it with estrogen.

Dovel implored transgender and homosexual activists to “push for what you deserve.”  “The powers that be tend to respond to persistence, particularly now,” he said.

Lawyer Jennifer Branch added, “We are proud of the steps the Cincinnati Public Library is taking to create a better city and a better workplace for the LGBT community.”