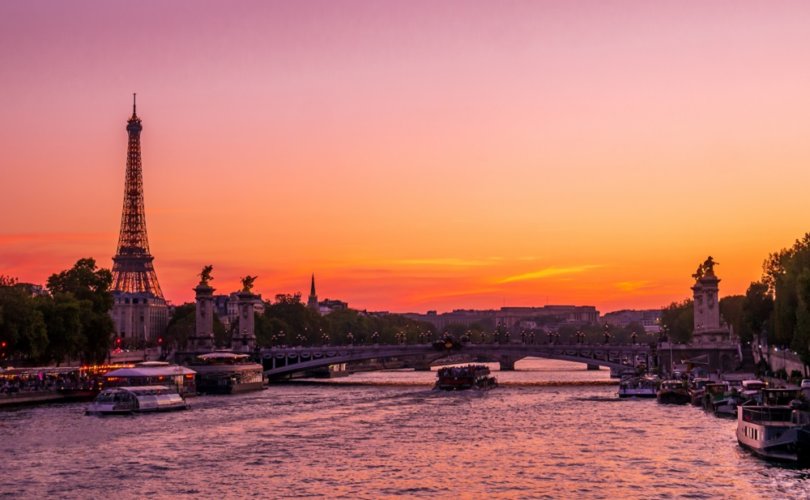 April 28, 2020 (LifeSiteNews) — France’s National Assembly approved Prime Minister Edouard Philippe’s presentation of a staggered deconfinement plan as of May 11 on Tuesday afternoon, despite major uncertainties, including the possibility that the end of lockdown will not take place if daily tallies of new COVID-19 cases are not reduced significantly by then.

Recovery of civil liberties will probably move at a different pace according to the regions involved, Philippe warned. More importantly for Catholics in France, places of worship, including Catholic churches, will not be able to organize public Masses before June 2 at the earliest, the prime minister stated.

This is despite an increasing number of public petitions, open letters, and complaints on the part of a number of French bishops that are getting more pointed since several documents were leaked showing that French law enforcement officers are being asked to show a measure of leniency in migrant suburbs, where Islam is the dominant religion, toward inhabitants celebrating Ramadan. In churches, only funerals will be allowed, as is already the case, with a maximum of 20 attendees.

Many Catholics in France were shocked to learn on Tuesday afternoon that only the largest shopping centers and main national museums will remain closed to the public as of May 11, with the new assessment of the situation expected on June 1. All shops will be allowed to do business as usual from the beginning of deconfinement, and the smaller museums, cultural centers and public libraries will also open. Restaurants and bars will have to wait until June 1 at the earliest.

After having been deprived of Masses and the sacraments for almost the whole of Lent and Easter, Catholics will remain starved of public worship and Holy Mass for the major feasts of the Ascension and Pentecost.

Bishop Matthieu Rougé, a member of the Permanent Council of the French Bishops’ Conference, immediately published a video reaction in which he slammed the “dryness” of Philippe’s three “terse sentences” about religious worship, calling them “unacceptable.”

“There is a lack of respect for the faithful and for religious liberty that is incomprehensible,” he said. Bishop Rougé said he understands the executive’s concern for the health situation. But he added that he believes that there is a “kind of anticlerical tropism, that is anti-Catholic in particular, that has taken the upper hand in the mind of the president of the Republic and perhaps in that of the prime minister, at least through obedience to the chief of the executive.”

“I also believe that Catholics should understand that some of our leaders are people who have absolutely no spiritual life, no experience of faith; the idea that our sacramental life is really important is totally beyond their realm of experience. For them, spiritual interrogations are so negligible that in a context where … political responsibility is so heavy that spiritual questions are simply discarded,” said Bishop Rougé.

He added that Catholics in this context should be as always “firm and peaceable.” He asked them not to enter into a “spirit of revolt.” “But at the same time it is necessary to say in different ways how shocked we are by the way the question of religious faiths has been treated in this crisis,” he concluded in his interview with French Catholic TV station KTO.

The Permanent Council of the French Catholic Bishops’ Conference also published a formal statement “regretting” the executive’s decision to continue to disallow public Masses and celebrations in Catholic churches. They called freedom of worship a “constitutive element of democracy” and asked for a meeting with the public authorities. They also underscored that they do not see “how the ordinary functioning of the Mass could help propagate the virus.” In their statement, they invited Catholics to make visits to churches — which have been allowed to remain open throughout the lockdown — in order to pray individually and added that they are continuing their recommendation to dioceses and parishes to offer “the means necessary” to the faithful’s “faith life.”

Bishop Bernard Ginoux of Montauban was more forthright. On Tuesday evening, he tweeted: “Public worship prohibited = case of conscience. We cannot deprive our faithful of the essential nourishment that is sacramental grace. Therefore we will nourish them.”

He suggested that priests could go to the faithful and dispense the sacraments “outside, in the forecourt, as long as the faithful do not stand still but walk (they can come and go as Jesus did in the Temple’s colonnade),” he added.

Bishop Marc Aillet of Bayonne also complained on Twitter that the government had not even considered the bishops’ detailed plan to put an end to church confinement in the best possible sanitary conditions.

Shortly after Edouard Philippe’s speech, Aillet tweeted: “That religious celebrations should remain prohibited when schools, shops and public transport reopen plunges me into incomprehension. Are there no possible arrangements? Are we supposed to be incapable of sanitary precautions?  Freedom of worship is essential to social life.”

On Monday, a group of philosophers, university professors, and lawyers published an open letter in La Croix,  the unofficial daily of the French episcopate, in which they recalled that believers in France have not been deprived of the right to join public worship since the French Revolution. They also underscored that both the Constitutional Council — the highest judicial authority in France — and the Council of State protect freedom of worship as one of the “foundations” of democratic societies. Limitation of this freedom, they said, can be maintained only “on the condition that they are absolutely indispensable.” With the present downturn in new infections and deaths, “restrictions should be receding,” they remarked.

The intellectuals also noted that such restrictions would not be at all acceptable if other public venues and services are allowed to open again.

But such is finally the case, as Catholic worship will be obliged to wait three weeks longer than stores, businesses, and public transport in order to take place publicly.

“When religious freedom is curbed, an essential part of man’s identity and dignity is undermined,” they added. They quoted Antoine de Saint-Exupéry (author of The Little Prince), who wrote in a letter to a military general in 1944:  “There is only one problem, only one in the world. It is to restore to men spiritual meaning, spiritual disquiet, to rain down on them something resembling a Gregorian chant. You can’t live on fridges, politics, balance sheets and crosswords, you see! You cannot live without poetry, color and love.”

One hundred thirty priests from parishes all over France published an op-ed on the digital platform of the Figaro last Friday demanding that the French head of state restore freedom to celebrate public Masses in churches as of May 11. They recalled that the celebration of Holy Week and Easter without public worship had been a “real hardship.” “We accepted it fully and offered it up for our country,” the priests wrote.

They underscored that Catholics have played an important role in helping the needy and making masks and protective wear, which have been cruelly lacking since the beginning of the crisis; they also played a role in volunteering to help in rest houses for the “dependent elderly.” As priests, they were themselves active in accompanying the dying.

“The momentum for these acts of charity finds its source and nourishment … in the celebration of the sacraments. On May 11, it will have been nine weeks since Catholics will not have been able to meet and celebrate together, to receive Communion and to confess. Couples have been obliged to postpone the baptism of their child, others have postponed their marriage. First Communions, professions of faith, confirmations have also been postponed. This is something unheard of in history,”  they wrote.

For the record, it must be said that many traditional young couples who had a baby during the lockdown actually took care to baptize their newborns themselves.

In the same way as the bishops and the intellectuals quoted earlier, these 130 parish priests made clear that if social and economic life were to restart on May 11 — as it clearly will — “what would justify that our churches should remain empty and that public Masses should be prohibited?” They called public worship a “vital need” for Christians.

Mr. President, in a crisis, everyone has to be in their place and do what they have to do. Caregivers care. Law enforcement controls and protects. Shopkeepers trade. Teachers teach. Students study. Farmers cultivate and feed[.] … Let believers celebrate, pray and gather. On Sundays, our place is in the church.

We priests are not meant to stay behind screens, but to give all those who ask us to do so the sacraments that give life and hope. Mr. President, on May 11, let us resume celebrations with the faithful. Because that is also the best way for us to serve.

The full list of signatories and their complete text is available here in French.

Their call was not heard. Secularized France is showing more and more clearly its hostility toward France’s historical Catholic religion, and many French faithful do not understand that the Catholic hierarchy should have been so docile toward the public authorities, even if this appears to be slowly changing.

Public health arguments are hardly convincing. The strong downward curve in new coronavirus infections led Pr. Didier Raoult, one of the world’s most renowned infectiologists who heads a major academic hospital unit in Marseille, to declare that if COVID-19 acts as is expected, 93 percent of all infections in France will have taken place at the beginning of May, and 97 percent in mid-May, with some residual infections continuing to appear until the beginning of August, at which time the epidemic will be over and done with.