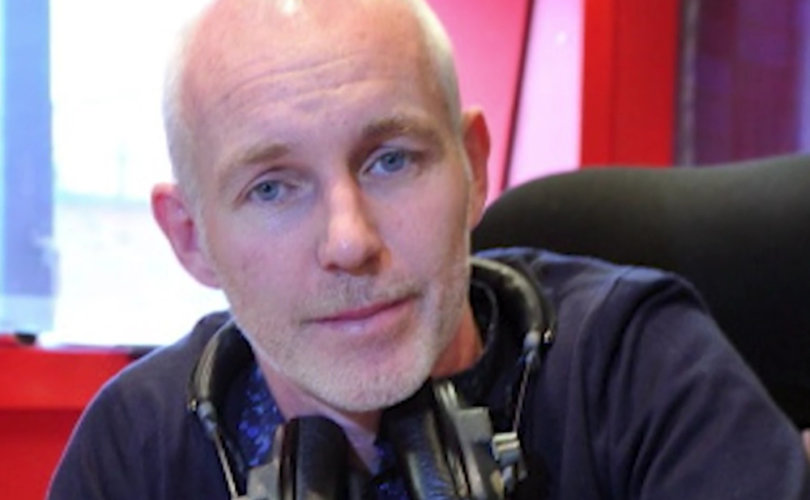 IRELAND, December 21, 2016 (LifeSiteNews) — A Irish publicly-funded radio show has been held to be biased in favor of abortion for the third time in 12 months – and the bias is so evident and persistent that the Broadcasting Authority of Ireland (BAI) has issued a warning notice against the national public service broadcaster, RTÉ.

The BAI Committee noted that this was the third occasion on which complaints have been upheld in respect of coverage on The Ray D’Arcy Show on the topic of Irish law regarding abortion and said they were issuing a Warning Notice against the station.

The Life Institute, a leading pro-life organization, said the repeated findings of bias showed that RTÉ had become ‘shameless’ abortion campaigners who were using taxpayers monies to push abortion and were utterly biased and small-minded when it came to Ireland’s pro-life laws.

“This station is funded by the Irish taxpayer, but it’s TV and radio output is relentlessly pro-abortion, and this needs to stop,” The Life Institute's Niamh Ui Bhriain said. “The bias is evident in both entertainment and current affairs, and does not reflect the views of the Irish people on this issue.”

Uí Bhriain added that RTÉ’s continued support for abortion was “unprofessional, petty and small-minded” and should not be tolerated at a time when there was a major international push to overturn Ireland’s pro-life law on abortion, the 8th amendment to its constitution.

“We should expect robust debate and fair play from the station we are forced to fund. Instead, we get groupthink, bias, and a refusal to report real news if it impacts negatively on pro-abortion campaigners,” she said.

“For example, this week a major report revealed a shocking litany of failures on behalf of the abortion chain Marie Stopes in Britain, with serious concerns raised about the safety of women, and sickening descriptions of aborted babies’ bodies dumped in medical waste bins. But the Irish media are ignoring that story, even though Irish women are referred every day to Marie Stopes abortion clinics.”

Even by international standards, the Irish media are particularly biased on the abortion issue, and state regulation of broadcasting makes it even more difficult for independent or balanced voices to emerge. Earlier this year, for example, an analysis by the Life Institute showed that the Irish Times with a 90 percent pro-abortion bias in articles on the issue in recent times.

The finding issued today concerned an interview by Ray D’Arcy with an organization supporting legalized abortion. The BAI concluded that the audience of The Ray D’Arcy Show should have been made aware that the interviewees were members of a campaigning organization seeking to change lrish law and not simply people telling their personal story.

Previous complaints had been upheld for a similar interview conducted by the show – while earlier complaints upheld concerned a completely unbalanced and biased interview with the head of Amnesty International and leading abortion supporter, Colm O’Gorman.

In the case of O’Gorman’s interview, the BAI upheld a total of five complaints against the show, either in full or in part.

They criticized The Ray D’Arcy Show for failing to be fair, impartial or objective, and said it was “the view of the Committee that listeners to the programme would have reasonably concluded that the presenter endorsed the views of his interviewee and was articulating a partisan position.”

“The transcript of D’Arcy’s interview with O’Gorman can be read here and reads more like an monologue than an interview, in which every pro-abortion cliché and claim possible is trotted out and accepted without question. The humanity of the baby is also completely ignored,” Uí Bhriain said.

“There are no hard questions asked of O’Gorman, in fact, there are hardly any questions at all. D’Arcy’s role here seemed to be to nod in agreement, to express his support, and to allow O’Gorman to peddle misinformation and to dismiss well-respected experts as opponents of ‘human rights’ because they did not support abortion. It was a solidly sycophantic performance by The Ray D’Arcy Show and it’s good to see that the BAI are now calling time on this outrageous abuse of taxpayer’s funds,” she said.