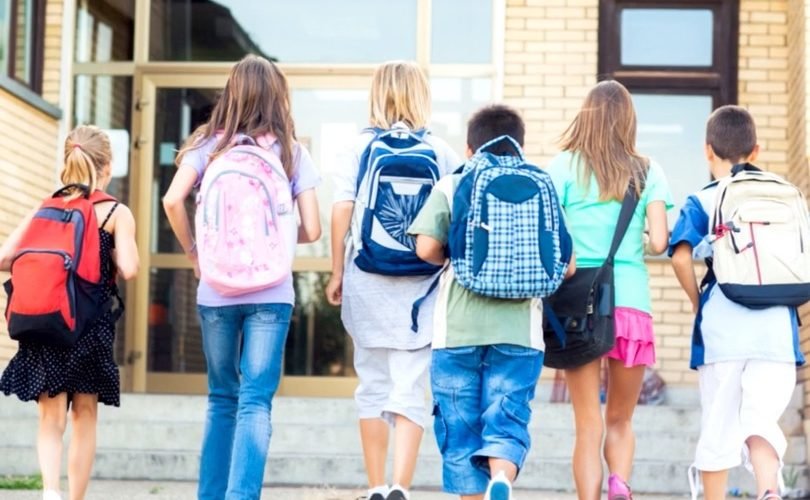 May 29, 2020 (LifeSiteNews) – Public schools across the United States are making it harder for parents to withdraw their children from those schools amid the coronavirus pandemic, according to the Home School Legal Defense Association (HSLDA).

As HSLDA’s Thomas J. Schmidt, a lawyer, told Fox News, many parents are “shocked” to find they cannot simply take their children out of public schools.

Long before starting to work for HSLDA, an organization that for almost four decades has been fighting for the rights of parents to educate their children in the home, Schmidt was homeschooled himself. He now homeschools his seven children.

The coronavirus lockdown, which eventually caused the closing down of all schools in the United States, forced parents across the United States to turn to homeschooling as the only way to educate their kids.

As a consequence, according to a poll released in mid-May by well-respected RealClear Opinion Research, “40% of families are more likely to homeschool or virtual school after lockdowns.”

“With 55 million students no longer in their normal educational setting, families are clearly considering new options and many are seeing the benefits of homeschooling and virtual schooling,” explained John Schilling, President of the American Federation for Children. “Policymakers should note that there is a strong desire to have these and other educational options available to families.”

The National Home Education Research Institute (NHERI) estimated that in 2019, 2.5 million young people in grades K-12 were educated at home. “It appears that the homeschool population is continuing to grow (at an estimated 2% to 8% per annum over the past few years),” NHERI pointed out.

Nevertheless, homeschooling is still coming under attack, especially from the political left.

Earlier this year, Harvard Magazine published an article about Harvard professor Elizabeth Bartholet, who argued that homeschooling “not only violates children’s right to a ‘meaningful education’ and their right to be protected from potential child abuse, but may keep them from contributing positively to a democratic society.”

Bartholet questioned the motives of homeschooling families, especially those having a Christian education in mind. She claimed “that some of these parents are ‘extreme religious ideologues’ who question science and promote female subservience and white supremacy.”

The Harvard Magazine article caused Secretary of State Mike Pompeo to come out strongly in favor of homeschooling.

“The risk to children is NOT from homeschooling,” he tweeted. “The risk is from radical leftist scholars seeking to impose THEIR values on OUR children.”

Pompeo summarized the article by stating Bartholet’s “mission is simple: to further the destruction of the family unit. Her plan: substitute state power for parental love. For her, the corollary benefit is to drive Christian values out of public discourse under the guise of preventing ‘child abuse.’”

“This ivory-tower screed attacking parents who choose to dedicate their lives to educating their own children, often at significant financial sacrifice, is a reminder that we must all work together to protect civilization’s most successful institution: our families,” he concluded.