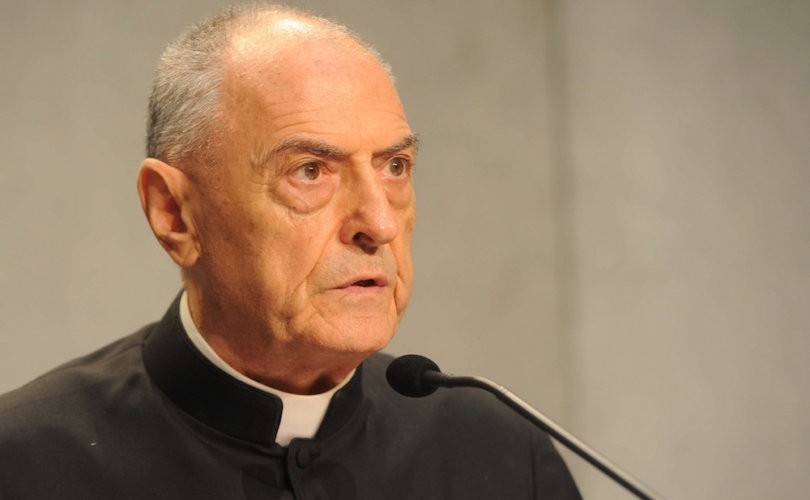 ROME, Italy, December 1, 2016 (LifeSiteNews) — A huge media stir erupted this week over a report that the senior judge of the Vatican's top appeals court said the four Cardinals who authored the dubia on Amoris Laetitia could be stripped of their Cardinalate as punishment for their remarks. But now the news agency that first reported the comments are saying that they misquoted him.

“The phrase,” the correction goes on, “was taken from an interview conducted by RC in which Mons. Vito responds in Italian and it is not correct. After reviewing the recording, it has been proven that what he affirms is that Pope Francis is not a Pope of other times in which those measures were used and that the Pope was not going to withdraw from them the Cardinalate dignity. The news is corrected, but we publish this rectification in case it was not enough.”

The news was published on multiple news outlets, including LifeSiteNews, the Knights of Columbus-funded Crux, and EWTN Great Britain.

The news of Monsignor Pinto declaring the four Cardinals could be punished made sense in light of the fact that Pope Francis was said to be “boiling with rage” over the publication of the dubia.