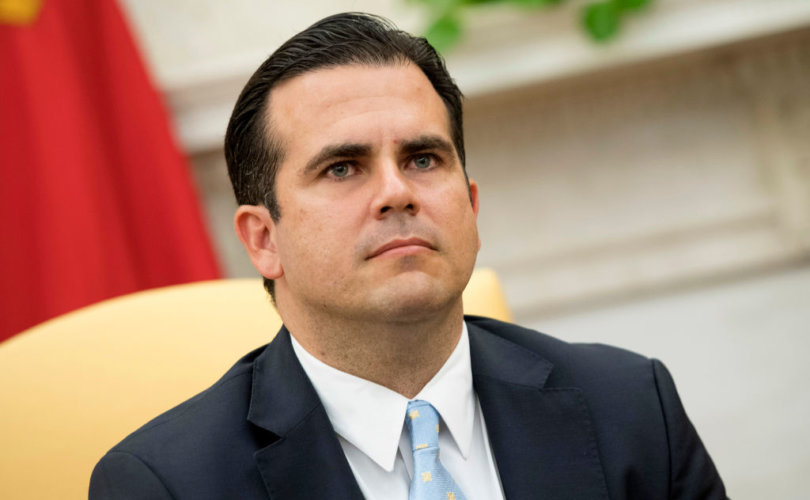 Because the U.S. Supreme Court's Roe v. Wade decision in 1973, Puerto Rico’s former laws banning abortion became unenforceable. Puerto Rico is a colony of the United States, making the Supreme Court’s decisions apply to the island even though it is not a state. Currently, abortion is allowed throughout pregnancy. Girls under the age of 18 do not require parental consent, under current law, to request an abortion.

Earlier this month, Gov. Rossello vowed to veto the abortion restriction bill (PS 950), saying that it would place “onerous” restrictions on women and girls seeking abortion.

Both the House and Senate of Puerto Rico passed with overwhelming majorities the “Law for the Protection of Women and the Preservation of Life” (PS 950), which requires parental consent for girls under the age of 18 to request an abortion. The proposed bill also recognizes the humanity of babies who survive abortion, requiring that they receive appropriate medical care. In addition, if the bill is passed, doctors would be required to obtain written consent from mothers requesting abortion while also informing them of the realities of abortion. The bill would require minimal health and safety standards for abortuaries, while also preventing parents, legal guardians or a boyfriend from forcing a girl to have an abortion against her will.

The bill was sponsored by Sen. Nayda Venegas Brown, an evangelical Christian preacher who is from the governor’s New Progressive Party. The bill would bring Puerto Rico in line with abortion restrictions in 26 states of the Union, with regard to parental consent.

“I consider myself a man of God, and I asked Him for wisdom and my decision is that [the law] would provoke more informality in abortion and harm privacy,” he said.

“Voting against the veto,” wrote Rivera Schatz on Twitter, “does not constitute a challenge or threat to the Governor, who has our support. It is simply the exercise of a legislative body. Puerto Rico is in good hands.”

Both Rossello and Rivera Schatz represent the New Progressive Party, which generally supports the agenda of the Democratic party of the mainland. The island’s lower house has already overridden the governor’s veto. Overturning Rossello’s veto hinges on Sen. Miguel Romero of San Juan. While Rivera Schatz currently has 19 votes, Romero’s vote would bring about the 20 votes needed to bring about the override. Romero belongs to Rossello’s party.

At a press conference, Rivera Schatz told the media that an override is nothing “personal” against Rossello. “The governor has our support and we have backed him up” on other issues, said Rivera Schatz. He added, “In this particular matter we think differently.”  Rossello, for his part, said that the override is not the policy of his administration but that legislators of his New Progressive Party may vote as they see fit.

On social media, Rivera Schatz expressed optimism that the override will pass in the Senate. The original bill passed in the Senate with 20 votes, which is the same number needed for an override. He said that he will impose a rule that will require his fellow party members to vote en bloc.

In an interview with LifeSiteNews, Carlos Sanchez of Puerto Rico Pro-Life Association recalled that as a candidate, Rossello once expressed support for pro-life reforms. Since coming into power, however, Rossello’s has abandoned this support.

“Puerto Ricans, like most Americans, reject the extreme status quo of abortion on demand through birth and even beyond. They are speaking clearly through their representatives and the governor should respect their will. We are honored to stand with them and urge the Puerto Rican Senate to press forward to enact this vital bill,” said SBA List President Marjorie Dannenfelser.