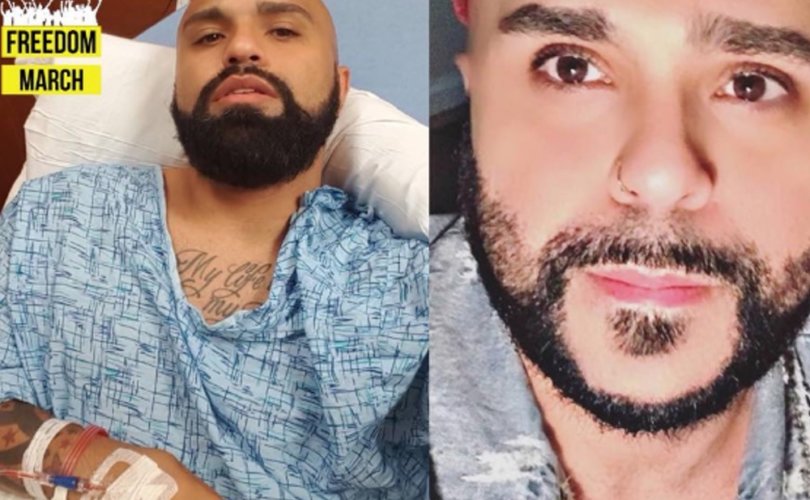 WASHINGTON DC, May 3, 2018 (LifeSiteNews) – Ex-gays and and ex-transgenders will prayerfully rally and march in Washington, D.C. this weekend to proclaim the freedom they have found through Jesus Christ.

What is perhaps most striking about the lineup of speakers for the rally, which will be Saturday at the outdoor Sylvan Theatre on the Washington Monument grounds, is their youth and racial diversity.

Luis Ruiz, who survived Orlando, Florida’s horrific Pulse Nightclub massacre two years ago where 49 were killed, said, “I should have been number 50!”

“Going through old pictures of the night of Pulse, I remember my struggles of perversion, heavy drinking to drown out everything and having promiscuous sex that led to HIV,” said Ruiz in a Facebook posting. “My struggles were real! The enemy had its grip, and now God has taken me from that moment and has given me Christ Jesus.”

“I know who I am and I am not defined with who the enemy says I use to be,” continued Ruiz, “but who Christ Jesus says I am.”

Another speaker, Adonis Bemish, is a courageous, self-aware young man who despite living with same-sex attraction has discovered for himself the “peace which surpasses all understanding” (Philippians 4:7). He says that his homosexuality and “gay feelings” which defined him previously have been superseded by his relationship with God. He now sees himself as God does: “I’m beloved; I am worth more than what I ever thought I could be worth.”

Many other Freedom March speakers are featured in this trailer for the documentary “Here’s My Heart.”

“These persons are the most maligned, vilified, and ridiculed people on the planet right now,” said conservative writer Jason Salamone, speaking of the Freedom March participants. “The Left tells us that these people and their journey aren't real. But I will tell you that through my communication with them, they and their stories are as real and authentic as it gets.”

“The LGBT – Letting Go of Biological Truth – activists and advocates treat this group of people like racist slave owners of the past treated former slaves that found a way to be free from the chains and confines of their plantation” continued Salamone.

Daren Mehl, president of Voice of the Voiceless and a participant in this weekend’s Freedom March, identified as gay from high school through his late twenties. He is now married and Daren and his wife are parents to two children, thanks to “extreme spiritual truth seeking through weekly prayer with a brother in the faith.”

This weekend’s Freedom March is perfectly in-sync with the mission of Voice of the Voiceless:

It’s time to stand up, speak out, and unite! For too long former homosexuals, individuals who experience unwanted same-sex attraction (SSA), and their families have been marginalized and misrepresented.

We have suffered enough abuse in the media who sing praises to the lesbian, gay, bisexual, and transgender (LGBT) community, and condemn former homosexuals and those who experience unwanted SSA.

Sadly, key activists in the LGBT community have been responsible for defamation, lies, and bigotry towards us. No matter how loving and respectful we are, our unwanted SSA and stories of sexual orientation change appear as a constant threat to them.

Mehl says this event is “an opportunity for those of us who have a new life with Jesus to come together in fellowship and praise Him for the love and grace available to everyone who seeks it [and] to testify publicly of the life-changing grace available to leave the LGBT identity for something greater.”

Elizabeth Johnston, famously known as The Activist Mommy, will also be speaking at the event.