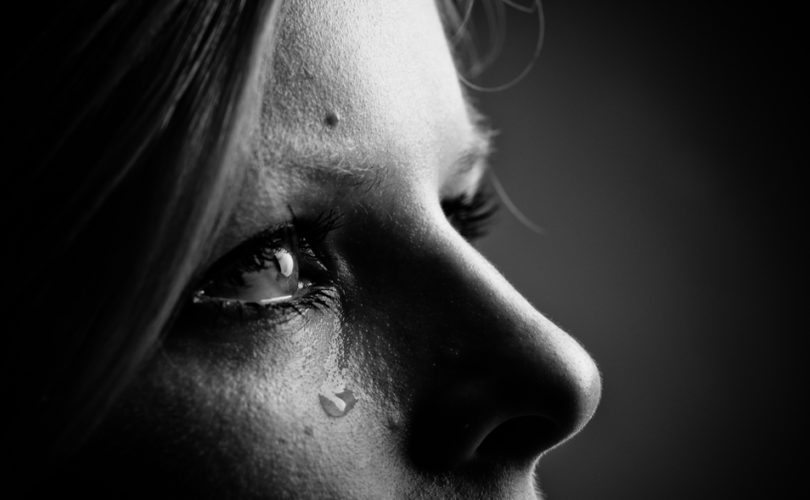 (LifeSiteNews) – Reported in The Epoch Times on April 22 is story about a Catholic mother who found “so much beauty” after suffering from more than one difficult miscarriage.

Allie Darr was already a mother of four young boys when she gave birth to a stillborn child who had no heartbeat. The child was gestationally 20 weeks old.

Her and her husband named the child “Henry,” and it was much more difficult for her and her children and her husband, Jordan, than a previous miscarriage that took place very early in another pregnancy.

After the miscarriage of baby Henry, Darr relayed that she struggled with anger that followed her sadness.

Eventually, however, she began to heal and to look at the affair as something providing meaning. “I tried to find the good through the bad,” she said “ … life is still good, even though we’re living through hell.”

Darr said that she “prayed a lot” when she was surprised to find herself pregnant again, and told herself that “this isn’t the same pregnancy,” in self assurance that everything would be OK.

Baby Teddy was born, her fifth child born alive. However, tragedy struck again in 2020 when another miscarriage happened.

Her and her husband assumed that she was done having children, but in 2021 she was pregnant again. The couple had only had boys up until this point, and even though she dreamed of having a little girl, the couple prayed for a healthy child no matter the gender.

“After you have five boys, you feel like, Okay, I’m gonna have more boys,” she said.

Her daughter was born in September 2021.

Mrs. Darr swears it is her Catholic faith that has helped her through the difficulties and given her the strength to carry on.

“ … Praying just gives me that outlet to be able to just think about it and to say crazy things that I’m thinking, you know, to God, and just to leave it there,” she said.

Her and her husband homeschool all of their children, which makes home life “literally a hot mess every day,” she remarked.

Throughout the trials, she said she has learned to “let go and let God.”

Amid the chaos of homeschooling a brood of rambunctious boys, she said that the addition of her daughter to the family atmosphere is helping to turn them “a little softer.”

She encouraged mothers who have experienced the loss of a child to “push through the fear.”

“When you lose a baby, you know people just want to shut down,” she added. “ … There is so much more ahead.”