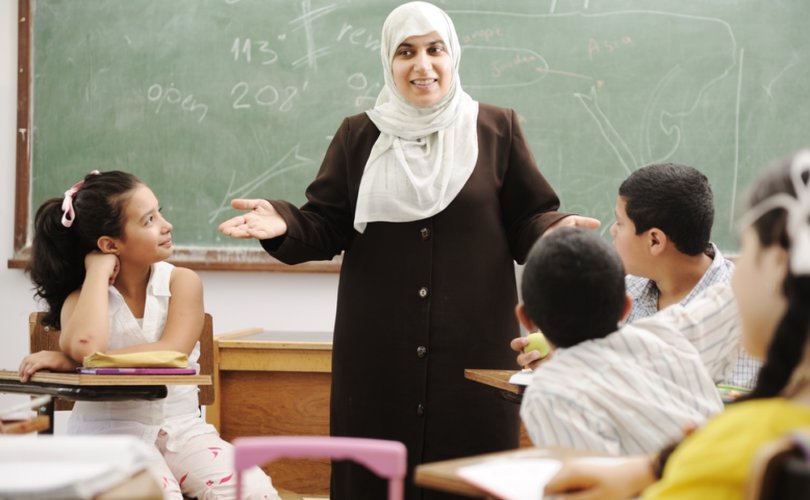 QUEBEC CITY, Canada, June 19, 2019 (LifeSiteNews) ― The government of Quebec has passed a bill requiring civil servants to maintain a religiously neutral appearance when they are on the job.

Public school teachers, police officers, government lawyers, and wildlife officials are among the government workers affected. However, thanks to an amendment to the bill, those who have been wearing religious symbols in their current jobs will be permitted to continue wearing them until they take up a new position or post in their tax-funded professions.

State subsidized daycare workers, originally counted among the civil servants affected, have been dropped from the list.

The new law, formerly known as Bill 21, also requires people to show their faces when receiving government services to reveal their identity or for security reasons. It was passed on Sunday, June 16, 2019.

Critics of the new law believe it unfairly targets Muslims and Sikhs. According to Canada’s public broadcaster, the CBC, both the National Council of Canadian Muslims and the Canadian Civil Liberties Association have already filed a motion with Quebec’s Higher Court seeking to have the law overturned.

An introduction to Bill 21 explained that the ban was meant to “affirm the laicity of the State.”

“The bill proposes to prohibit certain persons from wearing religious symbols while exercising their functions. However, the prohibition does not apply to certain persons holding positions at the time the bill is introduced, subject to the conditions specified by the bill,” it continued.

“Under the bill, personnel members of a body must exercise their functions with their face uncovered, and persons who present themselves to receive a service from such a personnel member must have their face uncovered when doing so is necessary to allow their identity to be verified or for security reasons. Persons who fail to comply with that obligation may not receive the service. However, those obligations do not apply to persons whose face is covered for reasons of health or a handicap, or because of the requirements tied to their functions or to the performance of certain tasks.”

The bill also proposed to amend the Quebec’s Charter of Human Rights and Freedoms “to specify that persons must maintain proper regard for State laicity in exercising their fundamental freedoms and rights.”

Bill 21 originally did not define “religious symbols.” Canada’s Global News reported that an amendment was made to its Article 6 stating that “any object, including a garment, a symbol, a jewel, an adornment, an accessory or a headdress” would count as a religious symbol, if worn “in connection with religious belief“ or “reasonably considered to refer to religious affiliation.”

Global News also indicated that there was initially some confusion over whether or not wedding rings counted as a “religious symbol.” However, when the bill was tabled, Immigration, Diversity and Inclusion Minister Simon Jolin-Barrette said that wedding rings would not be included in the ban.

Citing its commitment to “diversity, acceptance, tolerance and respect for individual rights and religious freedoms,” the Montreal English School Board has indicated that it will not comply with the new law.