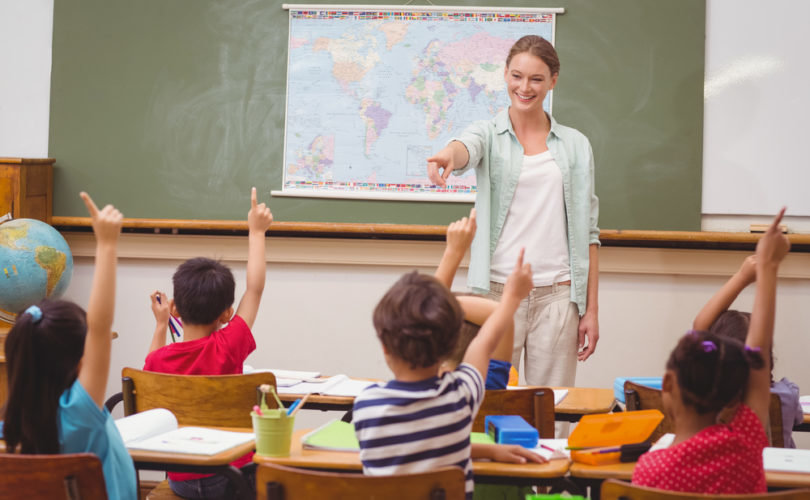 QUEBEC, August 31, 2015 (LifeSiteNews) – Quebec’s Ministry of Education is rolling out a new pilot program for mandatory sex education this year that teaches 5-year-old children about male and female genitalia, how conception happens, and “different types of families.”

The Ministry is refusing to allow parents to opt children out.

“For the moment, no exemptions are planned,” Ministry of Education spokesperson Pascal Ouellet told The Canadian Press.

An information pamphlet created by the Ministry for parents details what the Ministry considers “appropriate” material for children based on “age and level of development.” But what the government thinks is appropriate might have parents, especially those from a religious or ethnic background, fuming.

By the time the children have gone through elementary school (ages 6-11), they will have:

By the time the children reach secondary school (ages 12-17), the ministry expects that they will have had their “first romantic relationships” and would have “explore[d] different aspects of sexual behaviour.”

By the end of this cycle, the children will have learned to:

Monic Tremblay of the Quebec organization Parent Alerte called the program “dangerous”, because it teaches children how to engage in various sexual practices well before they are ready.

Tremblay said that, by “sexualizing” children and teaching them how to “consent” to sexual practices, the program will have the effect of making children available to an adult sexual predators.

“We must protect children and refuse to allow them to be hyper-sexualized,” she said.

Marie Bourque, vice-president of the Catholic Parents Association, told LifeSiteNews that parents should be concerned about the government stepping in to teach their children about sexual morality, especially when it has stated that parents will not be able to withdraw their children from the course.

“No teachings dispensed by the state should contradict parental values, or be dispensed against their parental right,” she said.

The Ministry has stated that the children will receive five to 15 hours of sex ed each year “through the various school subjects and activities,” not through a dedicated program in a specific class.

While the ministry expects currently hired school staff to teach the content of the program, it is allowing teachers to bring in expertise from the health and social services system, community organizations, and “specialist” teachers.

Pro-abortion and homosexual organizations often volunteer to fulfill such roles.

The Ministry seems to downplay parents’ role in directing their children in matters of sexuality. The sex-ed pamphlet says that parents play a “key role” in education their children about sexuality.

Ultimately, the Ministry’s position is that both the school and the family play “complementary roles” in sexual education.

The pilot program will be implemented in 15 schools and run from kindergarten through high school run two years. It is expected to affect 8,200 students.

If deemed successful by the Ministry, the program will become “compulsory in all Québec schools” starting in September 2017.

Ontario Tory MPP Monte McNaughton, who ran for leadership of the party on a platform that included scrapping Premier Wynne’s controversial sex-ed curriculum update, said Quebec’s government has turned into a “dictatorship” that is taking religious freedoms away from people while forcing them to comply to “government values.”

McNaughton said Quebec is setting an example that he fears the rest of the country may eventually follow.

“We’ve not seen anything like this in the country. Quebec is leading the way, and I don’t think Ontario under Kathleen Wynne is going to be far behind,” he said.