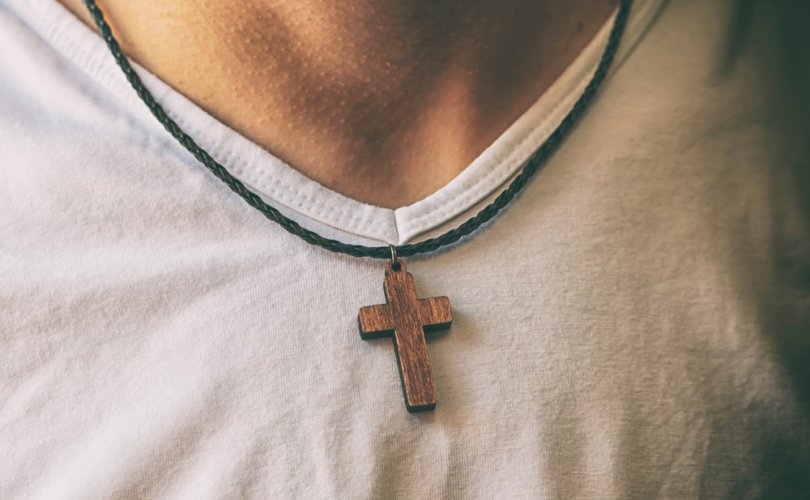 On Sunday, Quebec’s legislature passed a bill that prohibits future government employees “in positions of authority” from wearing religious symbols or garb during office hours. Known previously as Bill 21, the law includes traditional clothing for Muslims (hijab) and Jews (kippah), as well as crosses or crucifixes for Christians. Teachers, police officers, and judges are all covered by the new law. No specific religion was identified in the bill. Existing employees are exempt from the new legislation.

“We believe that Bill 21, as it stands now, will fuel fear and intolerance, rather than contributing to social peace,” the Quebec bishops said in a statement in French, as translated by Catholic News Agency. “We therefore call on members of the government and all Quebecers to promote important amendments to this project, in order to seek more to welcome than to exclude, to understand [rather than] to reject.”

Recently, Church and state have clashed in Canada, especially after the National Assembly voted to remove a crucifix from its chamber which has been in place since 1936.

The bishops expressed special concern for teachers: “The measures affecting teachers reveal a lack of knowledge about religious life in society, as well as its cultural connotation. This lack of knowledge seems to us fueled by prejudices and fear. Rather than defuse them, these measures exacerbate them.”

“On a daily basis, [religious] people build a better society through their benevolent acceptance of others, their active solidarity with excluded and poor people, their hope for the future and their concern for peace,” the bishops wrote. They opined that the clothing and symbols of some religious groups are seen as a “tool of propaganda.” The new law, they said, will bring about “unjustified mistrust.” The bishops said they are concerned that the government will now determine what is and isn’t a “religious sign.”

“Certain traditions incite or force the faithful to put on particular clothes or symbols, generally as a sign of humility,” they continued. “This phenomenon seems to be misunderstood, especially when we automatically consider any religious sign worn by a person as a tool of propaganda whose function is to convert those who see it. Mistrust inspired by certain dress practices related to a particular religious identity may be exacerbated by the discretion of some other religious groups to use explicit signs. For example, Christianity, which remains the declared religious affiliation of the vast majority of the population in Quebec, does not require its faithful to wear specific clothing or symbols.”

The interim leader of the Liberal Party of Quebec (Opposition), Pierre Arcand lamented: “This is another sad day for Quebec. Quebec will be the only place in North America where people will be deprived of rights.” Harvey Levine of B’nai Brith said that the Jewish community is “very concerned by the comments made by the new Quebec government regarding a ban on religious symbols displayed by government officials and shown in public institutions.” Levine suggested that the law is “out of sync” with Canadian values.

Quebec issued a ban in 2017 on full-face coverings, which are often used by Muslim women, in an effort to enforce the secularity of government. However, a judge suspended the ban in 2018.

Europe, too, has seen debate over religious symbols in recent years. In 2017, the Court of Justice of the European Union ruled that it is not directly discriminatory for a workplace to ban “any political, philosophical or religious sign” if the ban is based on internal company rules requiring neutral dress.

A ban on teachers wearing religious headscarves was ruled unconstitutional in a German court in 2015. In Austria and the German state of Bavaria, full-face veils are banned in public. France banned religious symbols and veils in schools in 2004.

In 2013, four Christian British Airways employees won a legal case in the European Court of Human Rights, which ruled their employer engaged in illegal discrimination for telling them they could not wear crosses.