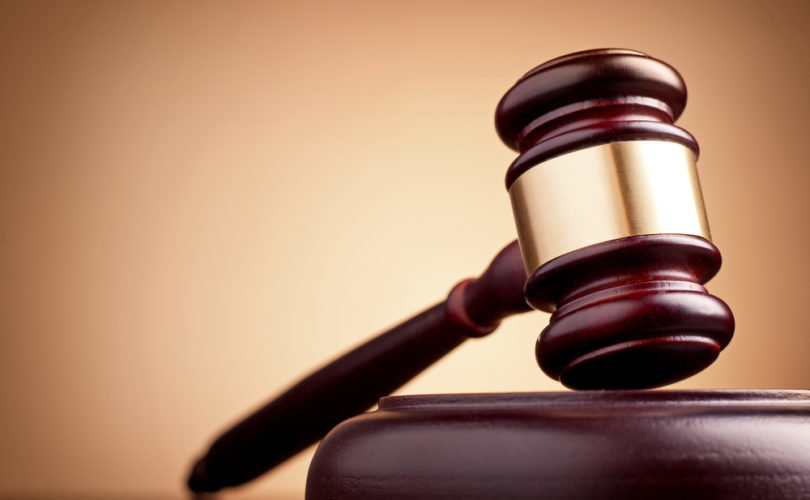 OTTAWA, March 19, 2015 (LifeSiteNews.com) — Canada’s top court unanimously ruled in a landmark case today that forcing a faith-based school to teach a course on ethics and morality from a ‘neutral’ and ‘secular’ perspective is a violation of its right to religious freedom. While on the surface the ruling appears to be a major victory for religious rights, there are aspects that some fear will hurt religious schools in the future.

As a result of the ruling, Loyola High School, a Montreal Catholic school run by the Jesuits, will now — after a seven year legal battle — be able to teach a government required ethics and religious culture program from a Catholic perspective.

“We are extremely pleased with the decision not simply for Loyola’s sake, but because it affirms so many of the foundational values of Quebec and Canadian societies,” Loyola stated in a press release.

But some critics are concerned the case too easily conceded the government’s right to impose curriculum on private schools. In the ruling, the court largely assumes Quebec’s government has the absolute right to dictate curriculum.

“In a multicultural society, it is not a breach of anyone’s freedom of religion to be required to learn (or teach) about the doctrines and ethics of other world religions in a neutral and respectful way,” the court states. “In a religious high school, where students are learning about the precepts of one particular faith throughout their education, it is arguably even more important that they learn, in as objective a way as possible, about other belief systems and the reasons underlying those beliefs.”

The court even went as far as stating that such a school can be “required” to teach the “beliefs, ethics and practices” of other religions — for example, such as Wiccan, Satanism, and New Age Spiritualism — “in as objective and neutral a way as possible, rather than from the Catholic perspective.”

“[T]he Minister is not required to permit Loyola to teach about the ethics of other religions from a Catholic perspective. The risk of such an approach would be that other religions would necessarily be seen not as differently legitimate belief systems, but as worthy of respect only to the extent that they aligned with the tenets of Catholicism,” the court stated.

“Respect, tolerance, and understanding are all properly required, and the highlighting of differences must not give rise to denigration or derision,” the court adds later in the ruling.

In Loyola High School v. Quebec (Attorney General), 2015 the court called it “unreasonable” for Quebec’s Ministry of Education to prevent Loyola from teaching an ethics and religious culture program (ERC) — touted by the government as “secular” and “neutral” — from its own Catholic perspective.

“Freedom of religion means that no one can be forced to adhere to or refrain from a particular set of religious beliefs,” the court said, adding that a secular state “respects religious differences, it does not seek to extinguish them.”

The controversial program, running from grade one until the end of high school, has been criticized for its moral relativism, its positive portrayal of homosexuality, and for teaching children to question their own religious upbringing.

The case arose in 2008 after Loyola asked if it could teach the desired outcomes of the course, but with a structure and methodology more in keeping with its Jesuit and Catholic identity. When the Ministry refused, the case began winding its way through the courts before ultimately being argued before the Supreme Court in 2013.

The case also had grave implications for parental rights and the right to homeschool.

Paul Faris of the Home School Legal Defense Association told LifeSiteNews Loyola’s win is “incredibly important” for homeschoolers who are now “breathing a sigh of relief.”

“The ruling hit directly on the point of what does freedom of religion mean in the context of education. This is just as applicable to home schoolers as it is to private schools,” he said.

Faris, who was also an intervenor in the case, said that while the ruling does not mention home schooling directly, it stresses that “freedom of religion is an important concept in education.”

At one point in the ruling the judges stress the “rights of parents to transmit the Catholic faith to their children,” adding that an “essential ingredient of the vitality of a religious community is the ability of its members to pass on their beliefs to their children, whether through instruction in the home or participation in communal institutions.”

Faris called the ruling an “affirmation of religious freedom in a home schooling context, especially in a place like Quebec where that tends to be challenged more often.”

“It really gives us much more latitude to say to a school board or any other government agency: ‘Look, you’ve got to allow parents to pass on their religious beliefs in their educational instruction.’”

This is the second time the Supreme Court has ruled about Quebec’s ethics and morality course. In February 2012 the court ruled that a Christian family does not have the right to have their child exempted from the same course in a public school. “Exposing children to a comprehensive presentation of various religions without forcing the children to join them does not constitute an indoctrination of students that would infringe the freedom of religion of L and J,” the justices wrote in the majority decision at that time.