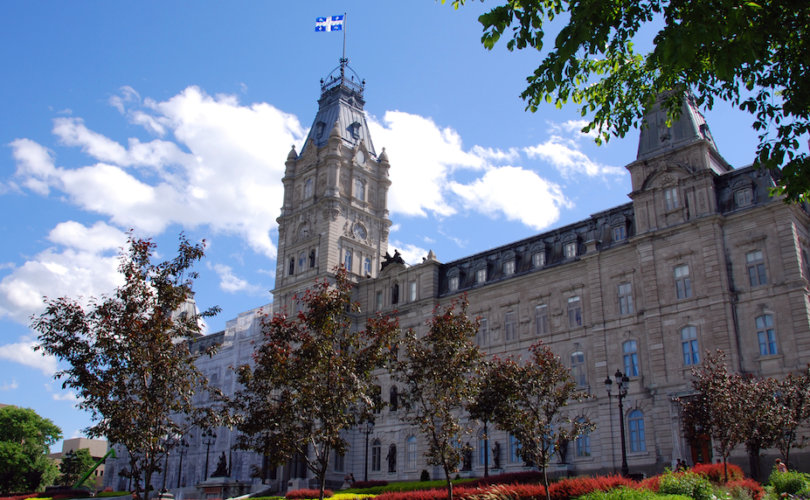 The Justice Centre for Constitutional Freedoms (JCCF) will be representing the Baptist Church of Saint Augustin along with its Pastor Rev. Guillaume Roy. The JCCF announced its application for judicial review on behalf of the church and pastor against the Québec government in a press release sent out late last week.

“Pastor Roy’s application for judicial review also asks the Court to rule on the government’s failure to consolidate new decrees and orders, which made it almost impossible for the average citizen to understand the law,” says the JCCF.

According to Roy, “We are asking the courts to sanction the abuses committed by the provincial authorities. Never again should we accept that medical officers trade their white coats for sergeants’ uniforms and, in a sort of germaphobic delirium, close churches.”

“The Churches are the people’s sanctuaries, not the enforcement arm of the government.”

JCCF Lawyer Samuel Bachand said that Canada’s legal system is based on the rule of law, but also on the supremacy of God.

“The Constitution clearly lays out freedom of religion. It does not say ‘show government papers to be permitted to worship.’ The Legault government’s policy fails to respect the separation of church from the State, and reflects a certain anti-religious sentiment,” says Bachand.

Bachand added that everyone is “free to believe – or not to believe” and to “worship according to their own faith as they see fit.”

“But we have to accept that many of our fellow Quebecers and Canadians cannot satisfy their quest for meaning with Netflix series and yoga sessions in their living room, while the government bans spiritual activities such as in-person worship,” noted Bachand.

JCCF President John Carpay said that the “never-ending series of new decrees” in the form of COVID rules take away people’s “fundamental rights, not through legislative debate, but rather through Facebook announcements and press conferences.”

“This is behavior worthy of a banana republic. It is totally unacceptable in a developed Western state like Québec,” added Carpay.

Just before Christmas 2021, the Québec government mandated that all places of worship were closed to those who did not have a vaccine passport.

While Catholic Church officials did not issue any statement in reaction to the vaccine passport mandate to attend church services, the Association of Baptist and Evangelical churches in Quebec did.

“My phone hasn’t stopped ringing since the premier’s announcement,” said Rev. Louis Bourque, the president of the association.

The Québec government said its COVID vaccine passport will be gone in full by March 12, with a mask mandate ending sometime in April.

Besides Québec, all other Canadian provinces, save for British Colombia, announced last month they were scrapping, or planning to soon scrap, their COVID vaccine passports, no doubt due to the nationwide trucker Freedom Convoy protests which called for an end to all mandates.