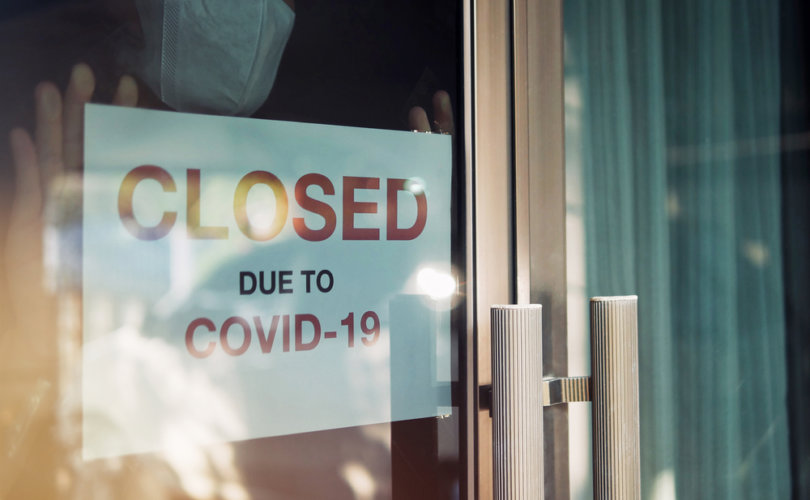 Citing the spread of the omicron variant, Canada’s province of Quebec announced another round of restrictive measures for its citizens on Monday. The new measures, which went into effect immediately, include the closure of bars, schools, gyms, and movie theaters, and follow just one week after the province’s shocking move to require churches to bar the unvaccinated right before Christmas.

“The epidemiological situation is critical. The community spread is astounding,” said Quebec Health Minister Christian Dubé during the Monday news conference. “Our health system is already in crisis … and things aren’t getting better. Hospitalizations and intensive care unit admissions are on the rise.”

The strain on the healthcare system comes despite Quebec already having implemented a strict QR code-based vaccine discrimination system months prior for all “non-essential” establishments such as restaurants, event venues, theaters, and bars, as well as mandating the vaccine for most public sector jobs and enforcing a ubiquitous mask mandate for all indoor public spaces for the past 21 months.

Contradicting Quebec’s claim that lockdowns and other measures are necessary to fight omicron, Dr. Angelique Coetzee of South Africa, where the variant was first discovered, said in an interview with the British independent broadcaster LBC that after four weeks of omicron in her country “there’s no reason why you can’t trust us when we say it’s a mild disease.”

Further, Quebec’s new lockdown on businesses will almost certainly exacerbate the already existing crisis in the small-business sector that is sweeping the nation as a result of COVID-19 public policy. According to an October survey by the Canadian Federation of Independent Business (CFIB), even without lockdowns, a whopping 68 percent of businesses in the hospitality industry have reported a decline in sales since the installation of vaccine passports and other measures imposed on them in the name of COVID. Similarly shocking numbers were also reported in the arts sector.

Despite many provinces, including Prince Edward Island, Newfoundland and Labrador, Ontario, British Columbia, and Nova Scotia, all announcing increasingly restrictive measures in the past week, there is a growing number of experts in various fields suggesting that not only are lockdowns ineffective, but are actually extremely harmful to integral aspects of Canadian society.

According to a paper by the Justice Centre for Constitutional Freedoms titled, Are Lockdowns Worth Their Cost?, lockdowns have exacerbated over 60 already present issues in Canadian society, most notably, the ballooning of government debt; forced unemployment of millions of Canadians and the closure of thousands of Canadian small businesses; heightened rates of depression, anxiety, and suicide even among youth; record levels of substance abuse; increased domestic violence; increased child abuse and sexual exploitation; and the cancellation of thousands of surgeries, cancer screenings, and other necessary medical treatments.