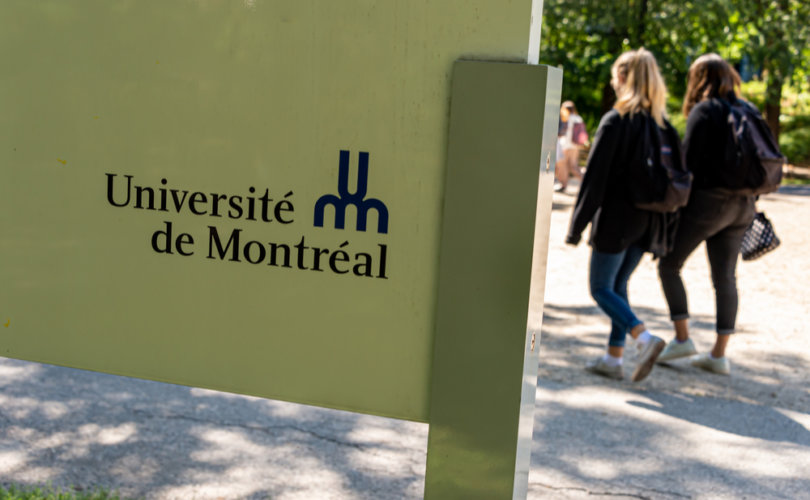 MONTREAL (LifeSiteNews) – Quebec has decided to refrain from imposing a vaccine mandate on teachers and staff in schools and universities.

The announcement came just one day after a school board in Ontario also dropped its vaccine mandate and another one extended its deadline.

The decision was announced by Quebec’s Ministry of Health and Social Services (MSSS) on Wednesday. The MSSS said the decision was based on a recommendation from the Public Health Department and on three observations: the improvement of the epidemiological situation in Quebec, the fact that children are less affected by the disease, and the fact that school clusters are easily controlled.

“The consequences of COVID-19 among children are less serious and the school clusters are well managed,” wrote the MSSS in a Wednesday morning press release.

The statement also invoked the high vaccination rates among students age 12-17 as well as among teachers and school staffs.

Ninety-one percent of teachers and staff in preschools, primary schools and secondary schools, both in public and private schools, have received at least one dose of the COVID vaccine, and 89% have received two doses.

As for universities, 92% of staff are said to be “adequately protected.”

The MSSS also recalled that several measures, including regular rapid COVID testing, have been put in place in schools since the beginning of the pandemic to “efficiently control clusters” and “close classrooms” when necessary.

The decision was welcomed by the Fédération autonome de l’enseignement (FAE), a grouping of nine teachers’ unions with more than 50,000 members.

“To impose vaccination to teachers and school staffs was not justifiable and would have caused a lot of drama within a school system that has already been badly affected by the pandemic,” he added.

Malette also rejoiced that the decision finally ended a debate that was creating “a lot of instability within the education system.”

Éric Gingras, head of the central for Quebec’s trade unions (which includes the FAE), said it was “the right decision.”

“Did we really have the luxury of letting people go with the shortage we’re already experiencing?” he argued.

“What reassures me is that if the Public Health Department has taken this decision, it means that we’re finally seeing the right figures and the pandemic is more under control,” he said.

He also opined that the recommendation sends “a message that our schools are safe.”

The decision came only a day after a school board in Ontario dropped its vaccine mandate and another one extended its deadline.

On Tuesday, the spokesman of the Hamilton-Wentworth District School Board (HWDSB) Shawn McKillop  announced that the board had removed the requirement that all employees be “fully vaccinated” against COVID-19 by November 30, and the Toronto District School Board (TDSB) postponed their mandate’s deadline until the end of November.

Though unvaccinated schoolteachers and staff in Quebec will now be able to continue to work without having to roll up their sleeves, the MSSS continues to “highly recommend” vaccination against COVID-19 and has started a vaccination campaign for children age 5-11 in spite of the fact that data have shown that the risk posed by COVID for young children is minimal, and experts have warned of potential serious side effects from the mRNA vaccines, particularly among young people and children.