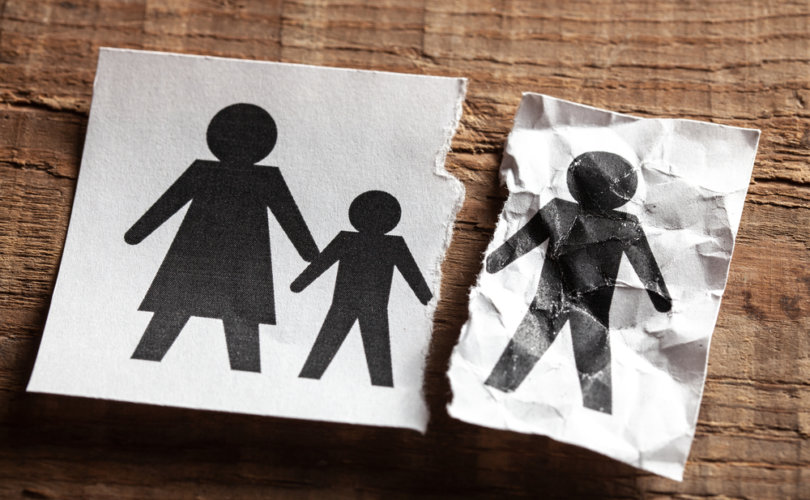 FREDERICTON, New Brunswick (LifeSiteNews) – Another Canadian father has been separated from his children after a judge ruled that he posed a health threat to one of them because he refuses to take the COVID-19 jabs.

Justice Nathalie Godbout of the Court of Queen’s Bench, New Brunswick, issued a ruling January 31 to the father of three, forbidding him from seeing his children in person over his refusal to receive one of the abortion-tainted COVID-19 inoculations.

Godbout restricted the father’s visitation rights after noting that his second child ­– a 10-year-old girl – has a compromised immune system, which the judge deemed to be at risk from any physical contact between the girl and her “unvaccinated” father and his new partner.

The court documents do not identify the parents by name.

“As the parents who are caring for [the child] 50 per cent of the time, in close quarters, unmasked and unvaccinated, they are well-positioned to transmit the virus to [the child] should they contract it, this despite their best efforts,” a Canadian Broadcasting Corporation (CBC) report of Godbout’s ruling reads.

The judge concluded that the children “must be given their best possible chance at evading infection from COVID-19,” deeming the father’s “vaccine” status to be unsatisfactory for this requirement and, “with a heavy heart,” temporarily removing his custody rights.

The parents separated in 2019, according to the CBC, establishing at the time shared custody of their three children.

When the children became eligible to receive the COVID shots, the father refused to sign his consent to their being jabbed, reportedly after researching the effects of the shots and determining that they were unsafe for his children.

Current data suggest that children face extremely low risk from COVID-19. This, combined with the thousands of reports of serious adverse events including deaths following the jabs, has led numerous experts to criticize the push to inject children with the experimental shots.

Last summer, researchers with Johns Hopkins School of Medicine found a “mortality rate of zero among children without a pre-existing medical condition such as leukemia” when they “analyze[d] approximately 48,000 children under 18 diagnosed with COVID in health-insurance data from April to August 2020.”

In response to the finding, lead researcher Dr. Marty Makary accused the Centers for Disease Control (CDC) of basing its advocacy of school COVID vaccination on “flimsy data.”

Furthermore, mRNA technology pioneer Dr. Robert Malone warned parents against allowing their children to be injected with the experimental jabs during a January 23 address at the “Defeat the Mandates” rally in Washington, D.C.

The distinguished scientist noted that the “genetic vaccines can damage your children. They may damage their brains, their heart, their immune system, and their ability to have children in the future. Many of these damages cannot be repaired. So I beg you, please get informed about the possible risks that your children may be damaged by these experimental medical products.”

Indeed, coronavirus shot trials have never produced evidence that the jabs stop infection or transmission. They do not even claim to reduce hospitalization, but the measurement of success is in preventing severe symptoms of COVID-19 disease. Moreover, there is strong evidence that the “vaccinated” are just as likely to carry and transmit the virus as the unvaccinated.

Despite myriad evidence of the needlessness of inoculating children against the virus, the judge gave the mother permission to have the children jabbed without paternal consent, saying “[the father’s] own anecdotal research on such a highly specialized topic carries little to no weight in the overall analysis when measured against the sound medical advice of our public health officials.”

Grant Ogilvie, a lawyer representing the mother, said that she was “ecstatic” about the decision and confirmed that the children have now received their first dose of the shots.

“She’s acknowledged this is going to have an impact on the children, but she said, ‘I have to do what’s best for them,’” Ogilvie stated.

The father was granted permission to see and speak with his children only over the phone and through video calling, which Godbout described as “generous.” She added that the father may have his suspension overturned if he agrees to accept the jab.

Godbout’s decision follows a remarkably similar ruling in Quebec handed down just before Christmas, in which a father had his visitation rights temporarily suspended after the mother told a judge he is “anti-vaccine” and posts “conspiracy” theories on social media.

Judge Jean-Sébastien Vaillancourt of the Superior Court for the District of Montreal ruled December 23 to “temporarily” bar a Quebec father from visiting his three young children over his “vaccine” status and for publishing social media posts in opposition to the province’s restrictive COVID measures.