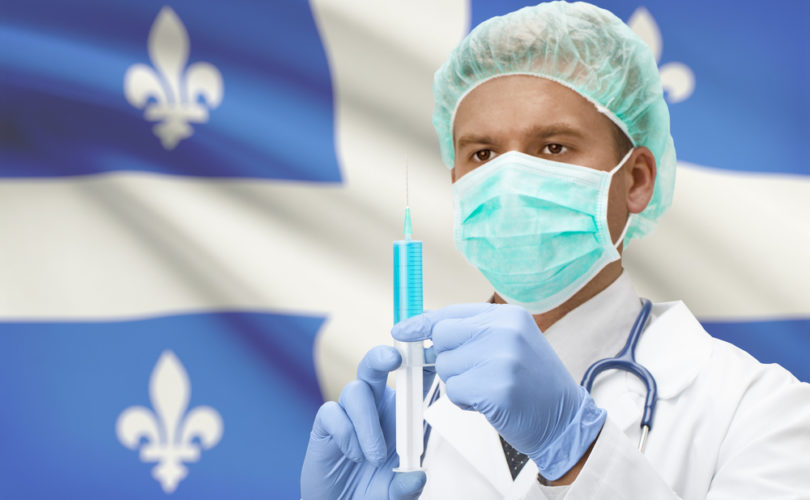 September 4, 2015 (LifeSiteNews) — A recent decision by the Québec government to authorize fraudulent death certificates that hide the true cause of death in cases of euthanasia represents a serious threat to transparency and accountability in the application of the Québec euthanasia regime. Acts of euthanasia carried out pursuant to Québec law are public acts funded by the state and carried out by state actors.

The notion that doctors should be permitted to falsify death certificates so as to hide the true cause of death in cases of euthanasia is a troubling affront to medical ethics, transparency and accountability, says Toronto Health and Constitutional lawyer Hugh Scher who represented the Euthanasia Prevention Coalition (EPC) before the Supreme Court of Canada in Carter v. Canada (Attorney General) 2015 SCC 5.

Those who have promoted euthanasia in Quebec and across Canada have done so on the basis that it will bring into the open present circumstances of troubling practices of palliative sedation by providing for a public and transparent euthanasia regime, Scher states.

The Quebec government now suggests that transparency and accountability are best achieved by perpetrating a fraud upon the public and by misstating the true cause of death in cases of euthanasia, and instead by representing the cause of death as the underlying illness of the person, states Scher.

Such conduct casts a dark cloud over the recently enacted Quebec euthanasia regime and requires immediate and direct intervention to provide for a means of judicial oversight to ensure that the criteria of the Act are complied with and that voluntariness, consent and the absence of duress are respected in each and every case before a person is euthanized, says Alex Schadenberg, EPC Executive Director.

The suggestion that oversight by a non-public commission permits and promotes transparency and accountability in cases of misconduct is severely misguided as we have learned from other jurisdictions, states Schadenberg.

If Canada is to engage in this dangerous social experiment, the least we can expect is full public accountability, transparency and compliance with the basic requirements of the law, Scher states.

The Québec government’s call for the falsification of death certificates as the legitimate expression of that transparency and accountability is a recipe for disaster, says Scher.

If the present proposals are permitted to stand, it will be virtually impossible to enforce existing standards and legislative requirements and to discipline and punish those doctors that transgress those basic practices, Scher states.

Such an approach would mirror the experience of jurisdictions such as Belgium and the Netherlands where euthanasia deaths committed without consent or request have gone unchecked for years, states Schadenberg.