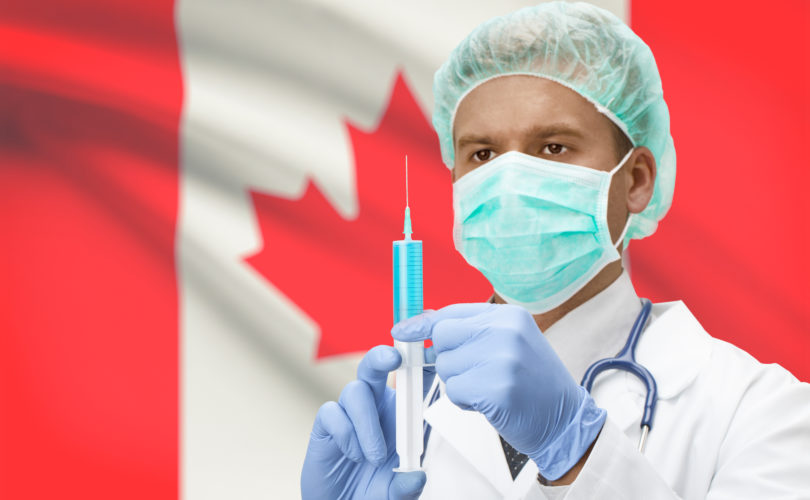 The minister told the Montreal Gazette on July 7 that MUHC Executive Director Normand Rinfret assured him that morning the policy had been repealed. “As we speak today, no patient can be transferred out of the palliative care unit at the MUHC, and medical aid in dying will be made available in the unit itself,” Barrette said.

Barrette forced the issue after a media storm broke in late June over a report that in April a patient in MUHC’s palliative care unit who requested euthanasia had been moved to another unit to be killed.

MNA Véronique Hivon, who is running for leadership of the Parti Québécois and who drafted the euthanasia law, Bill 52, when the PQ was in power, demanded that Barrette investigate.

“It is inconceivable that patients, because they are in hospital or unit X, have to fight for the care they are entitled to,” Hivon stated at a June 28 press conference in Montreal.

Barrette derided the hospital’s policy as “almost childish,” calling it “philosophical obstruction by a group of doctors … who want to have the last word.”

The health minister told the MUHC in a letter that its policy not to euthanize patients in its palliative care unit should be repealed, because it violated Quebec’s law.

But Dr. Manuel Borod, director of the Division of Supportive and Palliative Care Programs at the MUHC, told the Gazette that Barrette’s accusation that the hospital was “trampling on the law as a result of our principles and objections of conscience” could “not be further from the truth.”

Bill 52 “was amended to define palliative care in accordance with the World Health Organization’s definition,” Borod said. “That is that palliative care does not hasten death.”

Moving the patient to another unit after he asked to be euthanized was “in accordance with the policy that we had established a few months earlier, that the act of medical aid in dying not take place on the palliative care unit,” he said.

“There was never at any time a complaint to us, or any other hospital official about this process.”

Added Borod: “It did not seem unreasonable when we were creating our policy that a patient on a palliative care unit within an institution could be transferred to another room. We recognize the institution has an obligation to provide this service.”

Aubert Martin, executive director of Quebec’s Vivre dans la Dignité, or Living With Dignity, says what is “frightening here in Quebec” is that “there is a law funding palliative care” and “we see now that the health minister and Véronique Hivon are trying to change the nature of palliative care.”

“Provoking death, that is not palliative care,” he said.

Before Bill 52 came in, “all palliative care physicians said we don’t want euthanasia because we don’t need it,” Martin told LifeSiteNews.

“Once the law came into force, all physicians at the University of Montreal in the palliative care unit said they wouldn’t do it. Every physician said they don’t want to do it.”

So Martin finds Barrette’s and Hivon’s campaign against MUHC “kind of hypocritical, because they knew it from the beginning, they knew [the palliative care physicians] would say no, because they already said no.”

“You see by their reaction that they just want to crush the resistance,” Martin said, noting that hospitals transfer patients internally “all the time.”

The “perverse effects” of euthanasia are already starkly evident in “turning the population against physicians,” Martin observed. While euthanasia was first touted as only to be used in “exceptional cases, now we’re talking about universal access. … They’re talking about letting down patients if you don’t kill them.”

Moreover, a palliative care doctor told him that “his relationship with his patients has changed, because they don’t want to hear about alternatives,” Martin said.

“Many of the palliative care physicians are really, really shocked by the new environment,” he told LifeSiteNews. “Some of them want to quit medicine. They see the media portraying a new kind of medicine that they don’t agree with.”

Meanwhile, to date, 64 Quebec physicians have signed a July 5 open letter toHivon from Physicians’ Alliance Against Euthanasia, blasting her for pushing an “ideology” and for “intolerance pure and simple.”

“What other than ideology could make you want to force hospitals, not only to kill patients, but to kill them in the one place where they most need to be protected?” the letter questioned.

“You got what you wanted when this law passed. Now you want to crush every tiny focus of opposition to your favorite project,” it stated.

“This law was passed against the better judgment of those who know best how to care for the dying. Now you want to eliminate even the little safe space that is left for patients and professionals,” it reads. “All they ask for is one place in the hospital where there is no risk of being killed.

“We support the freedom of the palliative care professionals at the MUHC (and at every hospital) to ensure there are safe spaces for patients.”

MUHC’s Borod echoed this in defending the now-defunct policy, telling the Gazette that many patients resist moving into a palliative care unit.

“Many patients already fear that their deaths will be accelerated by the use of medications. Patients admitted to a palliative care unit have the right to feel safe,” Borod said. “So this policy was not based on any individual preferences. It was arrived at after consensus among our physicians, nurses, (etc.).”

In general, people fear seeing a palliative care doctor, Borod noted. “People are afraid what it means. …. So, in fact, what we see most often is the opposite of requesting medical aid in dying, it’s requesting continued treatment, even though it’s not helping.”

The minister overruled the requirement that two doctors must approve a request for euthanasia. Nurses can now countersign — a situation that applies only to CHUM, according to the Gazette’s Caroline Plante.

She reported June 29 that 120 patients have requested “medical aid in dying” since Bill 52 became law in December 2015, and of these, one-third were refused.

According to health department data, 30 terminally ill patients were killed by euthanasia in Quebec City, 12 in Sherbrooke, six at CHUM-Ste-Justine and two at the MUHC, Plante reported.