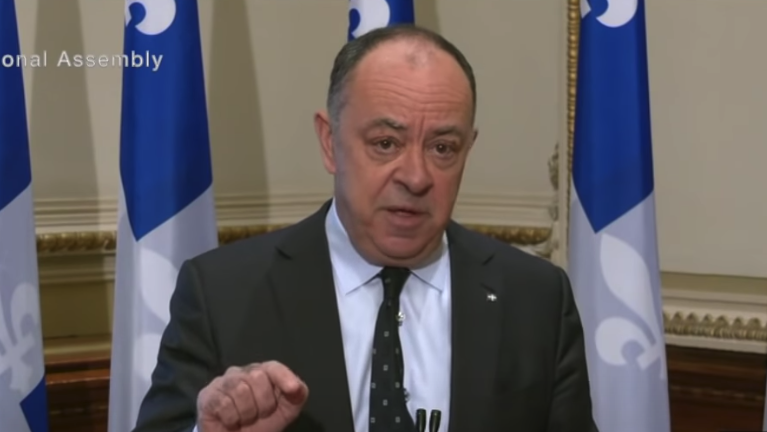 QUEBEC CITY, Quebec (LifeSiteNews) – Healthcare workers in Quebec will have to choose between bodily autonomy and their pay.

On Tuesday, Quebec health minister Christian Dubé told healthcare workers in the province that if they are not fully vaccinated with coronavirus injections by October 15, they will be suspended without pay.

Dubé told the public that the new directive will apply to “everybody … 100 percent of employees.” This includes doctors, nurses, and private clinic workers, as well as midwives, medical imaging technicians, and paramedics.

The vaccine passport system in Quebec, which went into effect last week and requires patrons to present a QR code sent to them by the government before access is granted into certain businesses, will also become stricter as a result of the new directive.

The medical discrimination passport initially only applied to “non-essential services,” such as gyms and restaurants, but with this new mandate will now also apply to anyone visiting a hospital. A person will not be able to enter a hospital to visit a sick or dying relative if the visiting person is not vaccinated.

“We are going to have to reorganize the healthcare system,” said Francois Legault, Quebec’s premier, who went on to say that Quebec’s healthcare system is experiencing a worker shortage as many people have quit their jobs due to the pandemic.

Legault said he is debating using incentives, such as increased pay and improved working conditions, to convince former health workers to come back to their positions.

The new measure, which forces healthcare workers to receive two doses of an experimental vaccine or lose their source of income, triggered immediate backlash.

“We’re not sure that it’s the best means going forward,” Jeff Begley, head of the federation of health and social services union (FSSS-CSN), said. “We think that despite the obligation of vaccination, that the key is to keep the protections [of worker autonomy] in place.”

According to the Canadian Broadcasting Corporation, 87 percent of Quebecers have received at least one dose of the vaccine. In addressing the 13 percent who are unvaccinated, Legault claims “that experts say this [Delta] variant is so contagious, they are worried the whole of the 13 percent could end up in hospital.”

Legault’s claim contradicts recent evidence out of Israel that found vaccinations are not the best method of protection against COVID or the Delta variant.

Dr. Peter McCullough, a leading doctor and COVID-19 treatment pioneer, has also stated that natural immunity is superior to vaccination in regard to preventing health complication caused by the virus. Natural immunity is “robust, complete, and durable,” stated McCullough, “There is no meaningful chance of having a second serious case of COVID.”

“In fact, it’s never happened in a confirmed case so far in the world,” he added. McCullough is an internist and cardiologist, along with being a professor of medicine at Texas A&M University Health Sciences Center.

Last month, Todd Zywicki, a law professor at George Mason University in Virgina, was granted an exemption from the university’s vaccine mandate as he proved that his natural immunity was better than the immunity given via inoculation, citing studies from Israel, England, and the Cleveland Clinic.

The vaccines, all of which use cells from aborted babies in their development processes, do not come free of risks for recipients.

With thousands of deaths and serious adverse effects having been reported worldwide, the Canadian government even set up a fund to pay funeral expenses and burial costs for those killed by the shot.

Just last week, Ontario revealed that at least 106 young people, aged 12 to 24, were diagnosed with potentially fatal heart inflammation conditions such as myocarditis and pericarditis.

In the European Union, there have been over two million vaccine injury cases reported, with adverse effects including capillary leak syndrome, blood clots, facial paralysis, anaphylaxis, and death.

Furthermore, with respect to purported COVID-19 infections, there were 68 people in intensive care units in Quebec as of Monday. With a population of nearly 8 million, this means only 0.0008% of Quebec residents are currently being impacted significantly by COVID-19.

As reported by the CBC, Dubé “hinted” that the province is also considering limiting the activities of the unvaccinated even further, by requiring the passport to access even more places than already required.

Medical experts are already weary of the safety of the vaccines, which do not finish clinical trials until at least 2023, but there is even more cause for concern as mandates have increased the scope of the experiment to an unprecedented size.