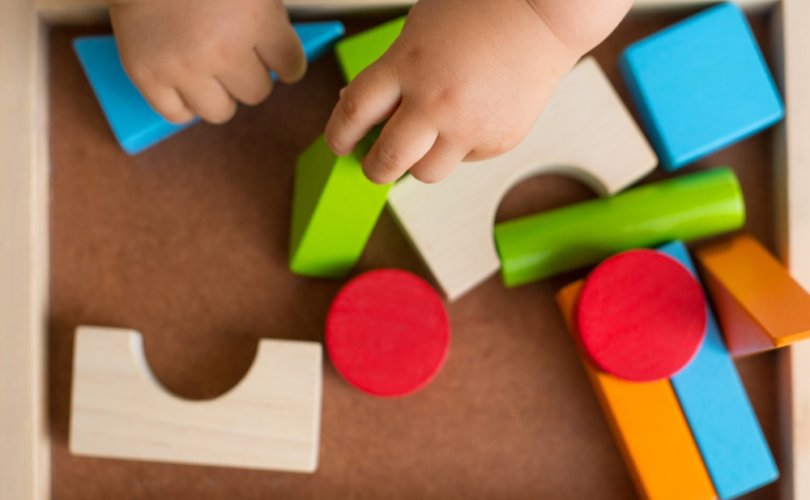 July 23, 2018 (LifeSiteNews) – Sex ed is coming to daycares in Quebec under a pilot program for children less than five years old – and some of the province’s Catholic parents are sounding the alarm.

“They want to have a program to start as early as they can for the propaganda and brainwashing,” said Gina Petrozza, member of the Catholic Parents Association of Quebec.

The sex ed program for daycares, which is being managed by the Marie-Vincent Foundation, is to be launched this autumn in the Montreal area and involve roughly 1,200 children.

Véronique Sansregret, that foundations’ director of philanthropic development, said the program will offer education on sexuality and equality between boys and girls.

“The content of the program will foster the ability to protect oneself,” said Sanregret in French. “There is no sexuality as such.”

The specific content of the sex ed program, however, is still being kept under wraps.

There are reportedly two books for three to five-year-olds that explore the idea of equality between boys and girls and the need to respect everyone’s personal space.

There is also reportedly another book for children two-years-old and younger that delivers the message that both boys and girls can get scared, cry or play any games they want.

The safety part of the program involves teaching children that no-one, no adult, has the right to touch a child’s private parts and say it’s just a game.

“It seems innocuous but, because we have a reform here, the teacher can come in and take it further,” said Petrozza. “This is a loose kind of structure that the government provides and they can then make it whatever they want.”

Young children in Quebec’s elementary schools are already being indoctrinated to gender theory and told that all families, including same-sex families, are the same, said Petrozza.

Instruction on reproduction, which places all the emphasis on the mechanics of the sperm fertilizing ovum, already strips away the emotional human aspects of having children and robs students in Quebec classrooms, she said.

In Ontario, Premier Doug Ford has pledged to repeal the former government’s sex ed curriculum, much to the dismay of LGBTQ activists and the pleasure of traditional parents.

In Quebec, though, pro-family groups are finding it to be an uphill battle to galvanize public support for their cause.

“We live in a crazy world where parents need to have two incomes and need to put children in daycares and we’re getting a bit too comfortable with the state taking care of our children,” said Petrozza.

With the provincial government opening the door to sex ed in daycares, she said parents need to realize the real goal of these programs is to indoctrinate children into a state-approved morality.

It is the parents’ job to teach their own children about morality and values and not the state, she said.

“Parents need to wake up and become the first educators of their children,” said Petrozza. “Stop giving a blank cheque to the government when it comes to the LGBT-driven agenda … and such delicate things as sexual education and values and morals.”