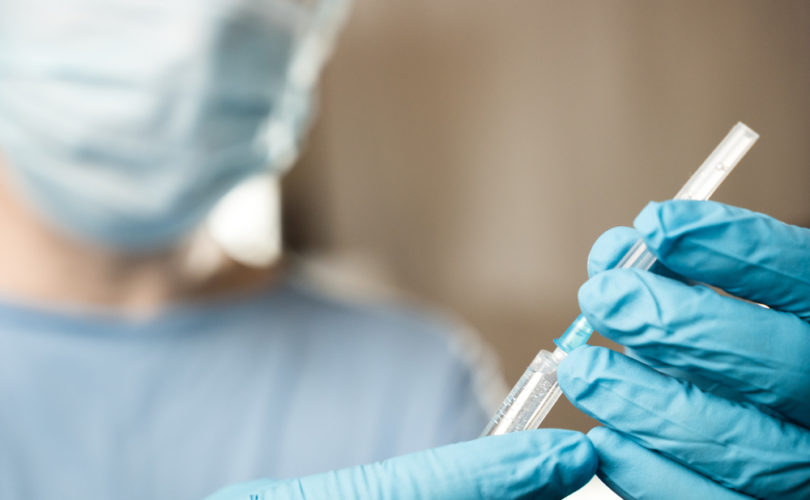 QUEBEC CITY, January 15, 2016 (LifeSiteNews) – A Quebec regional health agency has blandly announced what is believed to be the province’s first officially-approved euthanization of a patient, but the news came in a manner that critics warn both trivializes homicide and bodes ill for the safety of vulnerable patients.

“There was a request that was made… where end of life care was provided, [and it] has gone to the end,” says Annie Ouellet, spokesperson of the University Health and Social Services Agency-National Capital CUISSS. “And there is a second application that is being evaluated.” She added one detail: that the fatal dose was administered to the patient in a health facility, not at home.

As for the Quebec government, a spokesperson for the health ministry claims it isn’t even counting how many applications for euthanasia have been made since the government announced it was implementing its new “end of life care” last month.

Amy Hasbrouck of the disabilities rights group Not Dead Yet told LifeSiteNews the lack of details was “frustrating” and gave rise to concern whether “the law is being complied with and the safeguards being implemented.”

While the government promises a report on implementation later in the year, Hasbrouck is worrying already it will not contain enough information to determine if vulnerable patients are being protected from coercion. “If it’s like what we see from Washington and Oregon (two U.S. states with euthanasia) then it won’t be enough,” she said.

Hasbrouck wants reports on euthanasia cases that reveal whether the patients were offered enough home support, proper palliative care and other ways to provide meaning and independence in the face of deteriorating health. Anything less than adequate services is actually a form of passive coercion, she told LifeSiteNews.

“If the person wants to die at home but ends up in a prison-like facility with one bath a week and everyone getting up at the same time, this is not a dignified way to live. A person may choose euthanasia because social services are not enough. This is coercive,” Hasbrouck said.  She noted that 70 percent of Canadians and Quebeckers don’t have adequate palliative care. “That is why they want euthanasia. But if the information given out does not tell us whether the alternative to euthanasia were sufficient, then that is a problem.”

Dr. Paul Saba, a physician who took the Quebec government to court to stop it from bringing euthanasia into force, but lost on appeal, told LifeSiteNews, “Euthanasia remains in violation of federal code and the Quebec government knows it.”  The Supreme Court of Canada threw out the federal Criminal Code’s ban on assisted suicide but delayed when its decision would come into force till early February, and has just now extended that delay by four months. But though the Criminal Code is federal law, enforcement of it is provincial, and the Quebec government has predictably announced it would not prosecute doctors who implement its new euthanasia policy.

Dr. Sabas added that the World Medical Association of nine million doctors has firmly declared “euthanasia is not a medical act.” What’s more “the criteria the government is using to permit euthanasia is full of holes.”

Dr. Catherine Ferrier of Living with Dignity noted the offhand way government treats euthanasia as “an additional option for patients who palliative care are not sufficient to alleviate some suffering.”

“This a complete trivialization of an act that is causing death,” she said.