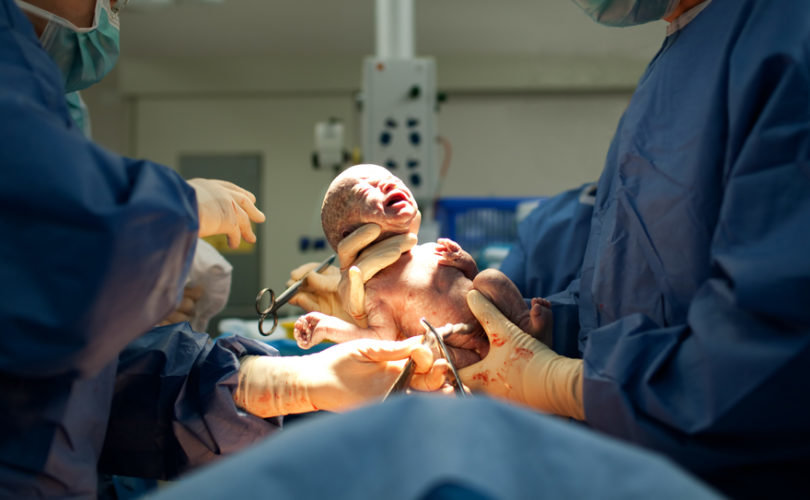 MONTREAL, January 14, 2016 (LifeSiteNews) – A new Quebec study of post-abortive infant deaths indicates that at least 216 babies died in provincial hospitals or abortion clinics after surviving botched abortions between the years 2000 and 2012. The authors complain that the death of abortion survivors has a “nonnegligible” upward impact on Quebec's infant mortality rate and indicates a need both to change the way such deaths are recorded and to monitor how such babies are cared for in their few hours of life outside the womb.

But true to the spirit of the age, says Campagne Québec-Vie President Georges Buscemi, the authors of the study seem more concerned that these intentional deaths are inflating the province's infant mortality rate than they are at the thought of any discomfort the babies feel as they are allowed to die.

Complain the researchers: “Terminations [i.e., abortions] may therefore inflate infant mortality rates, since fetuses born alive typically do not survive and may be registered as deaths. Terminations can even impact international comparisons. Canada, for example, has surprisingly high infant mortality compared with other countries.”

“Are they really concerned about the babies dying?” Buscemi said. “Or are they just worried it will make Quebec look like a third-world country?”

The study, “Abortion and Infant Mortality on the First Day of Life,” found an 8.6-percent increase in Quebec's overall infant mortality rate for the first day after birth for the years 2000-2012, compared to the average for the years 1986-1999. This overall increase was caused by a 20-fold hike in babies dying after botched abortions.

This, say the authors, was caused in turn by the development of amniocentesis and ultrasound imaging for detecting fetal abnormalities. As well, in Quebec and Canada overall, when the induction method (poisoning) is used for late-term abortions, there is a “significant” failure rate – i.e., more babies surviving. Such babies are deemed “nonviable and receive only palliative care,” states the report.

“Termination” was listed as the cause of same-day infant death in 205 cases between 2000 and 2012. With another 11, termination was listed as a secondary cause. The researchers recommend that such deaths not be recorded as infant mortalities at all, since recording them as such inflates the rate.

The authors of the study says the huge increase in post-abortive deaths raises many ethical questions such as, “How are such infants cared for? If not resuscitated, is palliative care provided. Are the infants admitted to neonatal units or do they die in the delivery room? Are parents informed if the fetus survives? To what degree are women counselled beforehand about the [5%] possibility of survival?” Only the United Kingdom, they report, has such guidelines.

Campagne Québec-Vie's Buscemi told LifeSiteNews that the report reveals the “devaluation of human dignity” in Canada and Quebec. Abortion, he said, has corrupted the medical system, especially to the extent that babies are treated as statistical anomalies.