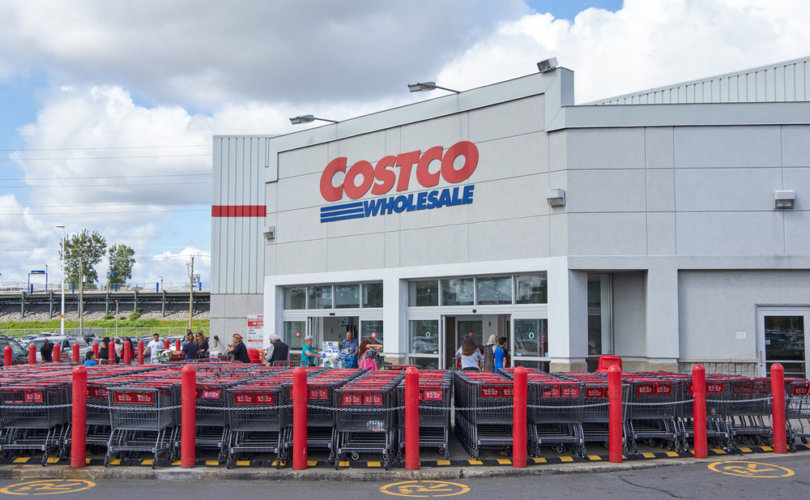 (LifeSiteNews) — The Quebec government has announced it is going to implement the vaccine passport system at previously exempt big-box retail stores, including Walmart and Costco, where many families shop.

Furthering the discrimination against the unvaccinated, Quebec’s premier Francois Legault has announced that big-box retail stores will be obligated to bar the unvaccinated from entering starting January 24. The measure comes around the same time Legault said that he is going to start taxing those who remain unvaccinated, as well as adding a third dose requirement to the province’s digital vaccine passport system.

According to Cult MTL, the new directive will apply to any stores that are 1,500 square meters (around 16,000 square feet) in size or more, excluding grocery stores and pharmacies. This means most major retailers in Quebec, such as Canadian Tire, Walmart, and Costco, will soon be turning away those who are unvaccinated. The current vaccine passport system’s rules already bar vaccine-free Quebecers from restaurants, bars, gyms, sporting venues, public event spaces, and churches, among other spaces.

Despite Legault’s obsession with punishing and scapegoating the unvaccinated, data from Ontario, Alberta and Quebec shows that most people hospitalized because of COVID are “fully vaccinated.”

In fact, there is a growing body of data showing that vaccine mandates and passports have been a failed strategy for tackling COVID.

Many consider such mandates a gross assault on individual freedoms that’s unnecessary given COVID-19’s high survivability among most groups, its now-understood minimal risk of asymptomatic spread, and research indicating that post-infection natural immunity is far superior to vaccine-induced immunity. The effectiveness of the COVID vaccines dramatically decreases around four months post-vaccination and soon completely disappears.

Beyond the unscientific nature of Legault’s actions, there are also those in the legal sector who see his actions as unjustified, immoral, and unconstitutional.

Allison Kindle Pejovic, a lawyer for the Justice Centre for Constitutional Freedoms (JCCF), said that Quebec’s proposed tax on the vaccine-free “is a tyrannical step in order to try to coerce the unvaccinated into taking their shots.”

“Canadians from coast to coast ought to stand together supporting Quebecers and voice their condemnation of such a policy,” Kindle Pejovic told LifeSiteNews earlier this week. “Not only have many unvaccinated Quebecers been forced into unemployment, now they will have to contend with further financial punishment which will impose tremendous hardship.”

The lawyer said that any such tax would be unconstitutional and violate section 7 of the Charter which protects Canadians’ rights to life, liberty, and security of the person.

Last Friday, the JCCF released a statement saying it was launching “legal action against the provincial government of Quebec.”

“The proposed Quebec ‘health tax’ is an egregious violation of the Charter rights of Quebecers and an affront to equality which Canada was, in times past, known for,” said JCCF president John Carpay. “This is a blatant attack on a minority of society.”