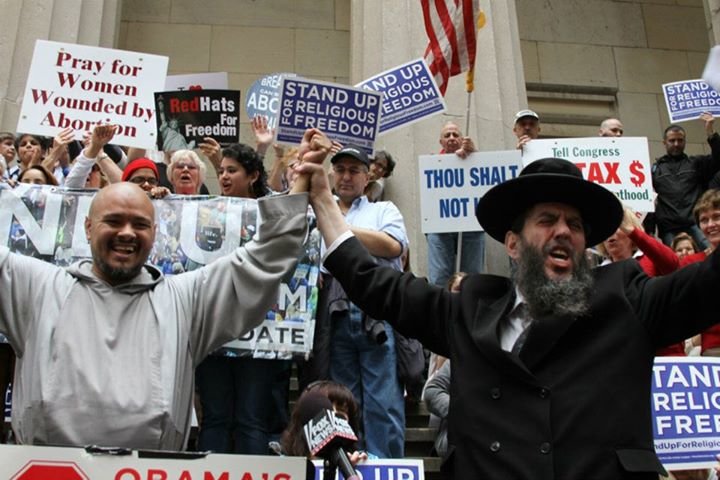 Rabbi Yehuda Levin at the 2012 Stand Up for Religious Freedom Rally in New York City.Priests for Life

A high-profile Orthodox Jewish rabbi and long-time defender of the Catholic Church is appealing to conservative cardinals to resist all efforts to tolerate or accept homosexuality at the imminent Extraordinary Synod on the Family.

Rabbi Yehuda Levin, 60, a Brooklyn rabbi with a weekly radio show who is the official spokesman for the 850-member Rabbinical Alliance of America, told LifeSiteNews, “the fate of the Church might very well hang in the balance” at the upcoming Synod.

Levin was referring to the planned discussion at the Synod in Rome on the Church’s pastoral response to homosexual unions.

According to Levin, who said he was not speaking for the Rabbinical Alliance, “The Catholic Church is a real bulwark at the United Nations and internationally, the premier defender of family and pro-life values.” Orthodox Jews share those values and rely on the Catholic Church as an ally. Moreover, “As things go in the Christian community, they soon go in the Jewish community,” he said.

“Why discuss homosexual unions at all?” Levin asks. “What’s to discuss?” The rabbi said Scripture is clear on the immorality of homosexuality and “true compassion” demands that we call our neighbour out of their sin.

Levin worried that some Catholic leaders are falling prey to a “militant methodology” organized by radical homosexuals that has already forced public schools, governments, and professional bodies such as the American Psychological Association to accept homosexuality as normal.

Levin has frequently addressed the annual March for Life in Washington D.C. The rabbi first grabbed public attention when New York City Cardinal John O’Connor, in the early days of his 1984-2000 tenure, compared the Nazi Holocaust to abortion. Levin criticized the comparison while supporting O’Connor’s pro-life intentions, and became a good friend.

Levin is publicly appealing to conservative churchmen such as American Cardinal Raymond Burke and German Cardinal Gerhard Mueller, as well as many African cardinals, to “stand up to the non-judgmental agenda.”

He is even appealing to Pope Emeritus Benedict XVI. “Nobody knows Divine Providence,” he told LifeSiteNews. “But we may conjecture that Divine Providence has provided us with two Popes at the moment that the fate of the Church might very well hang in the balance.”

Benedict, as Cardinal Joseph Ratzinger, “served as Pope John Paul II’s spiritual and moral backbone. I would plead with him to step forward and preach the unadulterated truth.”

The truth, he added, is that homosexuality is wrong, and taking a so-called non-judgmental approach to it can only encourage its growth. “There is something worse than murdering a child,” Levin said. “Because, as the Talmud says, when you kill someone physically you don’t touch them spiritually. But when you lead a person into heinous sin, you kill them spiritually in this world and the next world.”