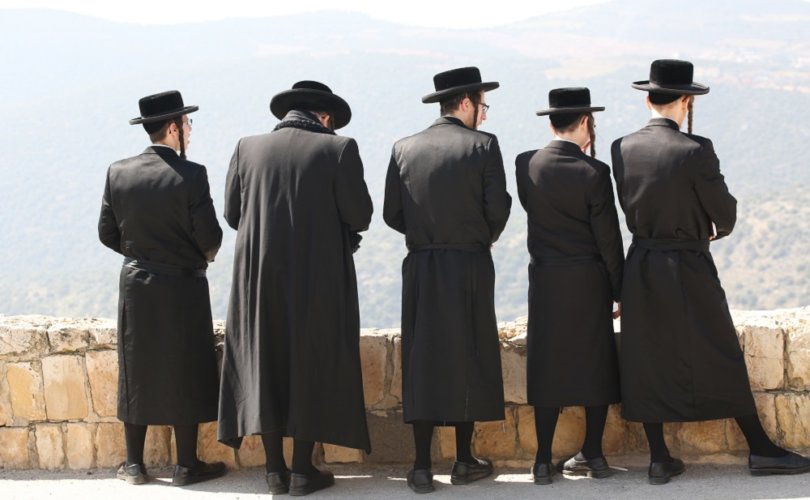 February 17, 2020 (LifeSiteNews) — Jewish leaders in the U.K. have stated that they will oppose educational authorities and not allow their schools to teach about homosexual and other “lifestyles” that are “prohibited by the Torah.”

Chinuch U.K., an organization that represents Britain’s main strictly Orthodox Jewish communities, has “issued a defiant challenge to the government by insisting their schools cannot discuss LGBT-related issues with pupils,” according to The Jewish Chronicle.

The statement was reportedly prompted by recent visits to Jewish schools by government inspectors, who made it clear that primary schools have to teach children about LGBT “equality.”

In 2018, Rabbi Mordechai Rose, who is affiliated with Chinuch U.K., wrote an article explaining his concern that Orthodox Jewish schools would be closed down after having their status downgraded by government inspectors from “outstanding” to “inadequate” because “they did not prepare the students for life in secular modern Britain but for life in the Orthodox Jewish community.” Earlier in 2018, almost 7,000 Orthodox Jews had gathered in communal prayer in opposition to attempts by educational authorities to make them teach values contrary to the Torah in their schools.

The statement released by the Jewish group last week says schools should “not describe to pupils lifestyles prohibited by the Torah” and should “ensure that inspectors do not speak to pupils about these matters at all.”

It says schools, when asked by inspectors, should “state clearly and respectfully that they do not cover these subjects.”

The statement did encourage schools “to demonstrate that pupils are taught to act respectfully to all people regardless of difference.”

The book of Leviticus condemns homosexual practices, stating that “you shall not lie with a male as with a woman; it is an abomination.” The book of Genesis also relates how the towns of Sodom and Gomorrah were destroyed by fire and brimstone on account of their great wickedness, which has traditionally been interpreted as the sin of homosexual acts.

Antonia Tully of the U.K. pro-life and pro-family group Society for the Protection of Unborn Children told LifeSiteNews that “Orthodox Jewish schools should be applauded for taking a stand against the government.”

“They are setting a standard for others to follow,” she said. “The government should respect faith schools which chose not to teach pupils about LGBT relationships.

“In fact, the government is not mandating any primary school in England to teach children about LGBT relationships. The Department for Education has said that primary schools are ‘encouraged and enabled to cover LGBT content’, falling short of saying that there is a legal obligation to do this.”

The Jewish Chronicle reports that Chinuch U.K. believe that it had reached an understanding with the educational authorities, which would at least protect schools from threats of closure or other sanctions. However, recent inspections and correspondence to some schools from the Department for Education have led to fresh alarm, which prompted this statement.

From this past September, new relationships and sex education (RSE) courses are scheduled to take effect in the U.K. The government has made it clear that pupils must receive teaching about LGBT relationships at some point while they are at school. For schools that adopt these guidelines, this would mean that children as young as five would be reading about families with two lesbian moms and two homosexual dads in subjects such as math, science, and geography.

In his 2018 article, Rabbi Mordechai Rose said in response to the new courses that they would “force Jewish schools to teach about same-sex relationships and other immoral subjects which are totally unacceptable for our community.”