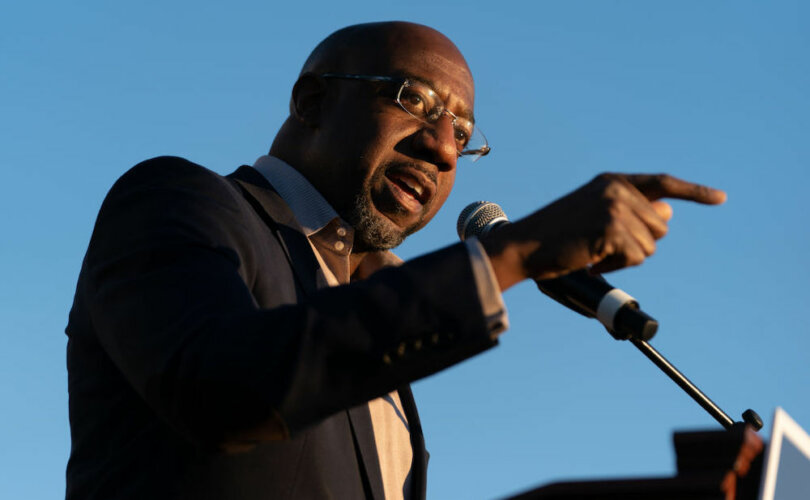 On November 8, the midterm election for the seat concluded with neither candidate reaching 50% of the vote, necessitating the December 6 runoff under Georgia law. This week, Warnock won 51.3% of the vote to Walker’s 48.7%.

During his victory speech, Warnock declared “I am Georgia,” invoked the “notion that each of us has within us a spark of the divine, that we were created in imago Dei – in the image of God” (despite supporting abortion-on-demand), and claimed that his win “doesn’t mean that voter suppression does not exist.”

Walker ran as a pro-life conservative, and was hit during the campaign with late allegations that he facilitated abortions for women he had slept with, which Walker said was a “flat-out lie.” Warnock, by contrast, is openly pro-abortion despite being a Baptist pastor, and faced his own allegations of misconduct pertaining to his ex-wife and child support.

A Walker victory would preserve the Senate’s 50-50 split, under which Vice President Kamala Harris broke tie votes as long as every single Democrat voted in lockstep. But a Warnock victory gives Democrats an outright 51-49 majority, under which Democrats will have more leeway to lose the support of moderate Sens. Joe Manchin of West Virginia or Kyrsten Sinema of Arizona. While Republicans’ retaking of the House of Representatives severely limits the type of legislation Democrats can send to President Joe Biden’s desk, the Senate can confirm appointees to the judiciary or executive-branch offices on its own.

Dueling factions of the Republican Party and conservative movement are currently arguing over who deserves the most blame for Warnock’s reelection, with some blaming Trump for elevating what they saw as a weak candidate in a winnable race and others focusing on anti-Trump establishmentarians in the GOP insufficiently supporting him.

Georgia is a great example of the difference candidate quality makes:

Also, a 51-49 majority instead of a 50-50 opposition-controlled Senate means the type of judges nominated will be very different.

E.g. Had Trump not cost Republicans two seats in Georgia in 2020, Biden would have nominated someone else to SCOTUS. And that’s still w/o a majority. https://t.co/mjGLNG9F7v

Many possible factors have been identified as potentially contributing to Republicans’ overall underperformance in the midterms, with competing factions of the conservative movement currently holding fierce online debates as to why the much-expected “red wave” never materialized.

Among them are Senate Minority Leader Mitch McConnell withdrawing financial support for certain candidates; Trump redirecting midterm donations to his own organization instead of midterm races and his elevation of questionable candidates in GOP primaries; Democrats themselves funding weaker Republicans in primaries; potential election fraud and Democrats’ effective harvesting of early votes and mail ballots; manipulation of swing voters by Big Tech; establishment Republicans failing to offer a compelling contrast to Democrats over the last two years; and the long-term results of left-wing bias in media and education.