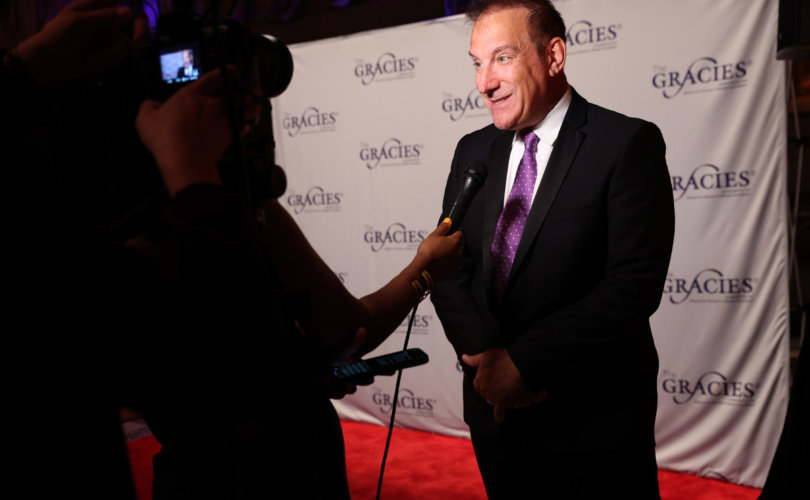 “So… Help me out here, @Pontifex and @WashArchbishop … I’ve not presented myself for communion for the past seven years because I’m in a second marriage. But Biden and Pelosi receive the Holy Eucharist with no objection. So… It’s ok for me and the millions like me, now?” tweeted Washington D.C. WMAL radio host Larry O’Connor on Thursday.

His question highlights the fact that the refusal of Francis and Gregory to condemn Communion for pro-abortion politicians constitutes a rejection of, and upheaval of, Church teaching on the reception of Holy Communion in general.

Just days after O’Connor pressed the prelates for clarity on whether Catholics who have committed a mortal sin may receive Holy Communion, as is prohibited by the Church, Reuters published an interview in which Pope Francis criticized the denial of Communion to pro-abortion politicians like Nancy Pelosi.

When asked during the July 2 interview about whether politicians who support the “right” to kill children in the womb should be allowed to receive Holy Communion, Francis reportedly told Philip Pullella, “When the Church loses its pastoral nature, when a bishop loses his pastoral nature, it causes a political problem. That’s all I can say.”

The question touched on a debate in the U.S. over the subject, which has been rekindled due to U.S. House Speaker Nancy Pelosi’s regular reception of the Eucharist. Pelosi is a firm, longtime advocate of legal abortion and was recently barred from Holy Communion by her local bishop, Archbishop Salvatore Cordileone of San Francisco, as a result.

However, Pelosi has continued to receive Holy Communion at public Masses since Cordileone’s declaration, including at a Papal Mass on Wednesday.

The Catholic Church teaches that the Eucharist is the literal Body, Blood, Soul, and Divinity of Jesus Christ and thus also that no-one who has committed a mortal sin is to present himself for Holy Communion until he has repented and confessed in the Sacrament of Reconciliation. Such mortal sins include divorce and “remarriage” and supporting legal abortion.

Pope Benedict XVI has previously warned that Catholic politicians risk excommunication from the Church and should not receive Communion if they support abortion.

Pope Francis, by contrast, has departed from Catholic Church teaching in his apparent support for pro-abortion politicians’ reception of Holy Communion. He has shown such support not only in his recent remarks to Pullella, but during comments he made during a September 2021 in-flight interview.

At the time, Pope Francis told reporters that the question of distributing the Eucharist to pro-abortion politicians must be determined in the “pastoral dimension,” without “condemning,” and also that he has never denied the Eucharist to anyone.

Washington Archbishop Wilton D. Gregory has likewise refused to deny Holy Communion to pro-abortion politicians. He told Religion News Service in 2020 that he would not deny Joe Biden Communion, despite his support of legal abortion, because “I don’t want to go to the table with a gun on the table first.”

Several Twitter commentators have commended O’Connor for his “respect for the Eucharist.” The Church and the saints exhort all Catholics, however, to return to a state of grace after mortal sin as soon as possible. The Catechism of the Council of Trent quotes St. Augustine: “Live in such a manner as to be able to receive every day.”