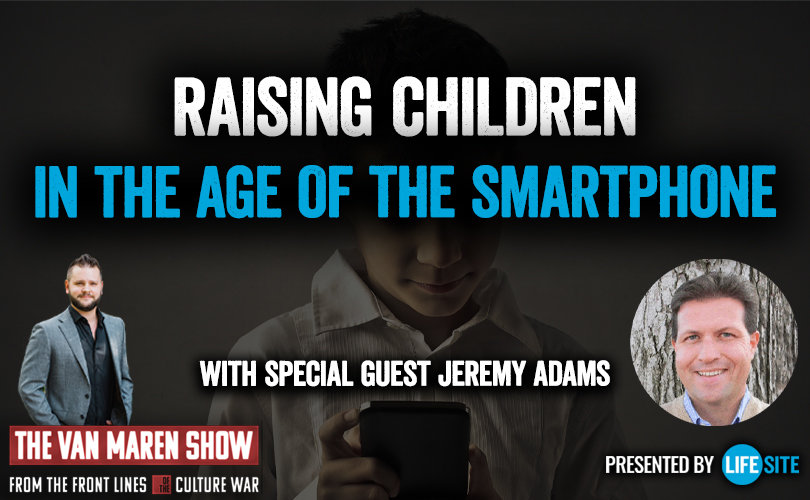 (LifeSiteNews) – In the latest episode of The Van Maren Show, Jonathon speaks with Jeremy Adams, a school teacher and university professor, who recently authored a book titled Hollowed Out: A Warning about America’s Next Generation. They discuss the problems with raising children as society is becoming more and more void of moral values, and the youth addicted to smartphones.

Adams pointed out that he has “a front row seat to American decline” as a teacher in the public school system. He describes how “there’s a disturbing pivot in our culture, in our schools, and in our country,” as seen in the liberal views of today’s young people.

He argues that one of the main causes of these problems is their dependence on tech devices and social media platforms, which easily lead to addictions to pornography. He said that “there is a synthesis happening between the unraveling of the American family and the digitalization of life for young people.”

Adams also mentioned how young people have been sucked by society into following the “cult of radical individualism, which would argue that the road to happiness is not about connecting yourselves to relationships and values and behaviors that have always led to human flourishing.”

He not only criticizes young people, but also adults and parents who have allowed for these problems to continue. He calls on the older generation, especially parents, to stand out as traditional role models and “to make sure that we mold a world in which they [youth] absorb the values which will allow them to lead a meaningful life.

Lastly, Adams provides solutions and ways in which parents can raise their own children. He believes it’s essential to keep smartphones and technology away from kids until they have fully matured into adults.