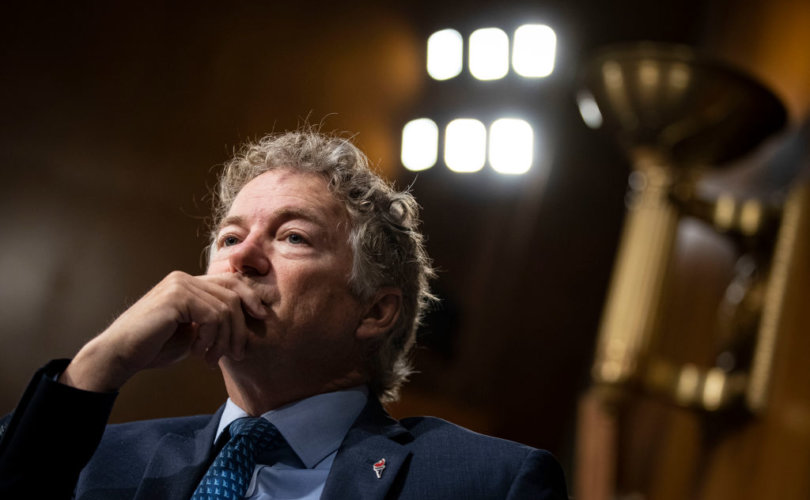 WASHINGTON, D.C. (LifeSiteNews) – U.S. Senator Rand Paul (R-KY) pressed a Biden administration official recently on why taxpayer loans were made to Planned Parenthood and the federal government’s refusal to release documents related to the decision.

Sen. Paul asked Small Business Administrator (SBA) Isabella Guzman on April 27 during a committee hearing why the names of the staff who made the decision to send money to Planned Parenthood through the Paycheck Protection Program (PPP) were not released to his office. SBA released other documents related to the decision. He also pressed her on why the communications from the abortion giant to the SBA were not released.

The Trump administration previously told Planned Parenthood that it is not eligible for the money because its affiliates are considered part of the larger organization. The SBA under President Trump in 2020 told 37 Planned Parenthood affiliates to return $80 million in total loans received through the PPP.

“You have not released to us the communications from Planned Parenthood to you as well in support of their application,” Paul said. “We have not released, you know, any proprietary information,” Guzman responded.

Sen. Paul also asked Guzman why the SBA had not explained its decision to reverse the Trump-era policy to not release loans to Planned Parenthood and if the abortion giant had ever returned the illicit loans.

“For clarity there was no policy or law or anything that the Trump administration put forward. There was a preliminary determination,” Guzman said.

“So there was no deliberative process on your part?” Paul asked. “There was no discussion? There was never a discussion one day, [someone] says, ‘Oh you know what we think they didn’t do this and it’s not final’ You’d think you’d have a meeting or something and you’d have like a transcript of the meeting where so-and-so says ‘Wow that was a crazy idea and we object to that.’”

“It just sort of happened, and there’s no discussion, meaning no deliberation of a major policy that the Trump administration said that this is illegal because Planned Parenthood is so closely and tightly controlled these do not qualify as individual small businesses, they are a big business not a small business,” Paul said. “It is not a small thing to reverse that. Are you telling me that that was reversed with no discussion and no paper trail?”

Guzman again denied the federal government had a policy in place, though Sen. Paul pointed out that letters had been sent from the SBA to Planned Parenthood ordering it to return the money.