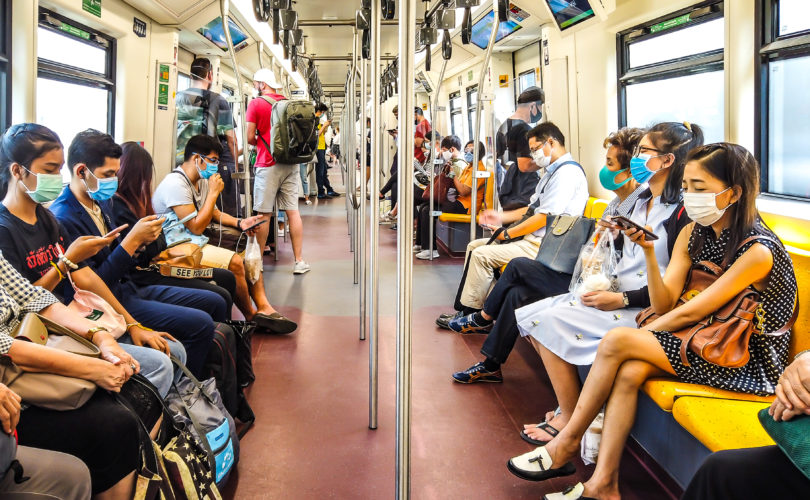 The CDC was able to do this thanks to a 1944 law, the Public Health Service Act.

In a press release, Paul revealed his plan to propose the Travel Mask Mandate Repeal Act of 2021. Later this week, Republican U.S. Rep. Andy Biggs of Arizona will introduce companion legislation in the U.S. House of Representatives.

Co-sponsors of the Senate version of the bill are Republican Senators Mike Braun of Indiana, Tom Cotton of Arkansas, Roger Marshall of Kansas, and Roger Wicker of Mississippi.

Today, Paul tweeted that the legislation will “put a stop to this nanny state mandate of requiring masks on public transportation.” In addition to being a senator, Paul is a doctor who is both pro-life and pro-family.

I am introducing the Travel Mask Mandate Repeal Act of 2021 to put a stop to this nanny state mandate of requiring masks on public transportation… https://t.co/GAY71Fxp3g

Paul has also spoken about the damage done by lockdowns, warning that Biden intends to continue their implementation.

“The federal government forcing the American people to continue to wear masks despite the fact that we’ve already reached herd immunity is ridiculous and needs to end immediately,” Paul said in the press release.

“In a free county, people will evaluate their personal risk factors and are smart enough to ultimately make medical decisions like wearing a mask themselves,” he continued.

Evidence shows that masks are not only ineffective in stopping the spread of COVID-19 but are also dangerous, both psychologically and physically.

“This policy discourages family travel and forces Americans with children – especially those with disabilities – to cancel travel or else live in fear that an untimely tantrum or bad day could ruin their trip and cost them more than a thousand dollars in fines,” he said.

Rep. Biggs pointed out the lack of scientific evidence for the continuation of mask mandates, saying, “Bottom line, mask mandates are old news, and are only being kept in place by those who relish controlling our day-to-day lives.”

“The viral spread is collapsing, and our normal lives are returning. It's time for the CDC to follow the science and end the tyrannical COVID-19 restrictions once and for all,” Briggs continued.

In May, Southwest Airlines removed a mask-compliant child with disabilities and his family from a Denver flight, citing the federal mask mandate enacted by the Biden administration.

A Colorado family said they were booted from a Southwest flight because the captain “did not feel comfortable” with their son’s sensory processing disorder, 9NEWS reported. Their three-year-old was wearing his mask as required, but the possibility that he might take it off was enough to get the family booted from the flight.