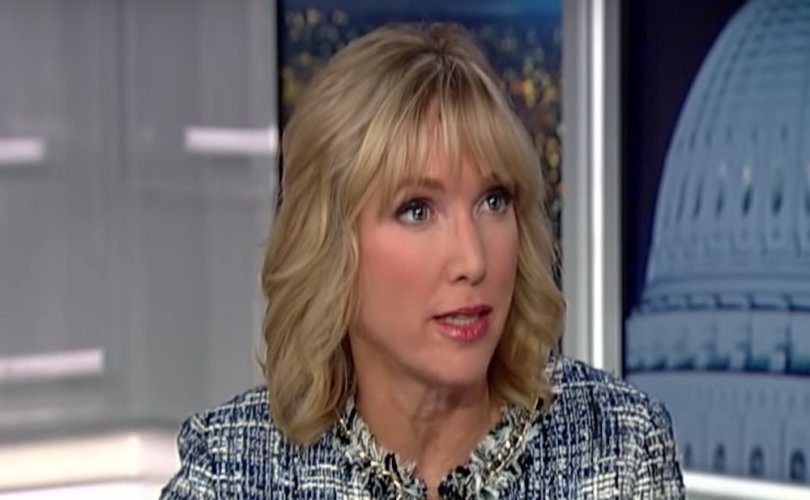 BOWLING GREEN, Kentucky, October 9, 2018 (LifeSiteNews) – Sen. Cory Booker should retract his call for left-wing activists to “get up in the face” of Republicans amid a rising tide of violence and harassment, Kentucky Republican Sen. Rand Paul’s wife Kelley argues in a new open letter to the New Jersey Democrat.

Mrs. Paul opens the piece, published Saturday on CNN’s website, by summarizing the new normal of the security measures her family has taken.

“It's nine o'clock at night, and as I watch out the window, a sheriff's car slowly drives past my home,” she recalls. “I am grateful that they have offered to do extra patrols, as someone just posted our home address, and Rand's cell number, on the internet – all part of a broader effort to intimidate and threaten Republican members of Congress and their families. I now keep a loaded gun by my bed. Our security systems have had to be expanded.”

Jackson Cosko, a former unpaid staffer to Rep. Sheila Jackson Lee, D-TX, has been arrested and charged for posting the home addresses and personal phone numbers of several GOP senators on Wikipedia during the Senate Judiciary Committee’s hearings into unsupported sex abuse claims against now-Supreme Court Justice Brett Kavanaugh. Lee fired Cosko and condemned his actions, but questions remain about the unidentified “outside institution” paying his salary.

“In the last 18 months, our family has experienced violence and threats of violence at a horrifying level,” Mrs. Paul continues, recalling both the relief she felt after her husband wasn’t harmed in last year’s shooting of a congressional baseball game by a left-wing extremist, and her grief when a disgruntled neighbor assaulted her husband in his own yard.

The neighbor’s attack wasn’t politically motivated, but Mrs. Paul notes that several of her husband’s political enemies made light of it. “Kentucky's secretary of state, Alison Lundergan Grimes, recently joked about it in a speech,” she says. “MSNBC commentator Kasie Hunt laughingly said on air that Rand's assault was one of her ‘favorite stories.’ Cher, Bette Midler, and others have lauded his attacker on Twitter.”

Mrs. Paul next cites a more recent incident in which Paul was one of multiple GOP lawmakers chased and screamed at by anti-Kavanaugh protesters at Reagan National Airport. She suggests they were simply following advice Booker gave an audience in July to “go to the Hill today” and “please, get up in the face of some congresspeople.”

“Senator Booker, Rand has worked with you to co-sponsor criminal justice reform bills. He respects you, and so do I. I would call on you to retract your statement,” Mrs. Paul concludes. “I would call on you to condemn violence, the leaking of elected officials' personal addresses (our address was leaked from a Senate directory given only to senators), and the intimidation and threats that are being hurled at them and their families.”

Senate Judiciary Committee Chair Chuck Grassley, R-IA, also suggested last week that Booker, who claimed Kavanaugh’s “temperament” disqualified him from the Supreme Court, was partly to blame for the harassment.

The past year has seen an uptick in harassment against Republicans in their private lives, epitomized by California Democrat Rep. Maxine Waters’ infamous threat that Trump administration officials “won’t be able to go to a restaurant, they won’t be able to stop at a gas station, they’re not going to be able to shop at a department store.”

Even before Kavanaugh’s nomination was complicated by the sex-abuse claims, his hearings were plagued with screaming protesters frequently interrupting the hearings. After his confirmation, Planned Parenthood’s Dawn Laguens and Cecile Richards encouraged their followers to “unleash your rage” and “stay angry.”

On Tuesday, failed Democrat presidential candidate Hillary Clinton told CNN that Democrats shouldn’t be “civil” with Republicans until her party retakes Congress: “until then, the only thing that the Republicans seem to recognize and respect is strength.”