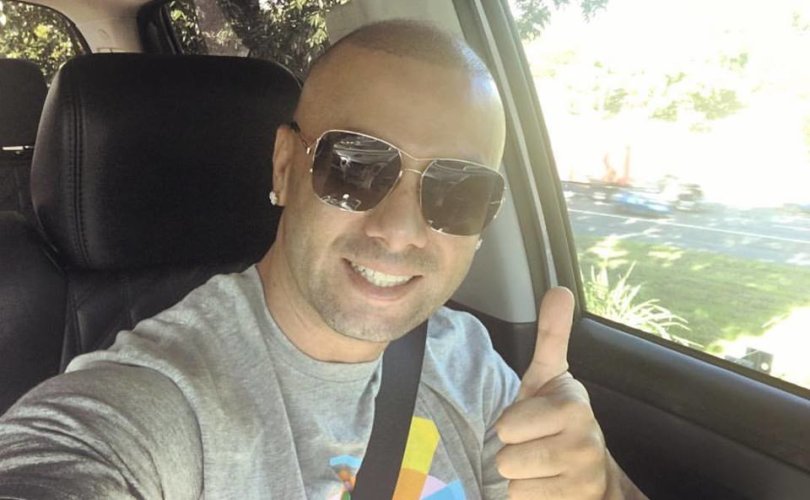 September 12, 2016 (LifeSiteNews) — One doesn't usually think to look for moral guidance to rappers and “Reguetoneros,” but in the past few days the testimony from one of Latin America's biggest music stars is proof that God's ways are not always our ways and that His will is often revealed through the most unlikely of people.

Juan Luis Morera Luna, who is better known by his artistic name, Wisin, and his wife, Yomaira, recently shared their experience with the pregnancy and birth of their daughter Victoria, who suffers from a rare genetic disorder called Trisomy 13. Research has found that children with Trisomy 13 live on average for seven days after birth while almost 31 percent live for more than a month and almost one in 10 for more than a year.

In most countries, a prenatal diagnosis of Trisomy 13 regularly leads doctors to recommend abortion. According to government records in England and Wales, during 2008-09 there were 172 diagnoses of Trisomy 13, with 91 percent diagnosed prenatally. Of those, 111 resulted in elective abortions, 14 in stillbirth/miscarriage/fetal deaths, 30 outcomes unknown, and 17 live births.

Faced with such a dire situation, Wisin and his wife, who have two other young children, refused to murder their own child and instead bravely and compassionately decided to trust in God. And in a powerful statement made on a television program, Yomaira made a plea to others for the lives of children with disabilities like their daughter Victoria.

“Don't abort your babies, even when doctors recommend it,” Yomaira said. “Doctors try to convince you that abortion is right, but that's not the path God wants us to choose, because we are not the ones to decide the life and death of a human being, even our own children. Trust that God has a perfect plan, even if we do not know why, or know how. Victoria has fulfilled every one of her purposes from the moment we knew of her condition.”

Wisin issued a written statement in which he thanked everyone for “all the affection that we have received,” and concluded that “like any father, I ask you to continue your prayers so that we can overcome this process and our daughter can recover soon. God will fulfill His purpose in our victory.”

Victoria, which means victory in Spanish, was diagnosed with Trisomy 13 at five months. According to Yomaira, she and her husband immediately rejected the abortion, explaining that both believe God has a purpose for the baby and that they and their other children are prepared to accept and love Victoria as she is.

As of this writing, baby Victoria is still in the hospital, not because of the Trisomy 13 but because she had a low birth weight and has been suffering from respiratory problems. Nevertheless, the couple has said she is in stable condition and never far from her family.

In Ireland, the organization Every Life Counts has formed a coalition of parents like Wisin and Yomaira who have organized to advocate for a compassionate and humane alternative to abortion in difficult cases. It is part of a larger movement to provide perinatal hospice care for seriously ill children, whereby the entire family is provided with holistic multidisciplinary care.

A recent study in the American Journal of Medical Genetics confirms Wisin and Yomaira's negative experience with doctors who callously recommend abortion. The study found that many parents were met with negative reactions from healthcare providers regarding children who had been diagnosed with Trisomy 13-18. Yet 91 percent of parents who continued with the pregnancy said they would do that again — and for most of these parents perinatal hospice care was not available.

In some Latin American countries such as Chile, ethical doctors have begun to organize perinatal hospice care centers such as Acompañares, a perinatal palliative care center at the Universidad Catolica in Chile.