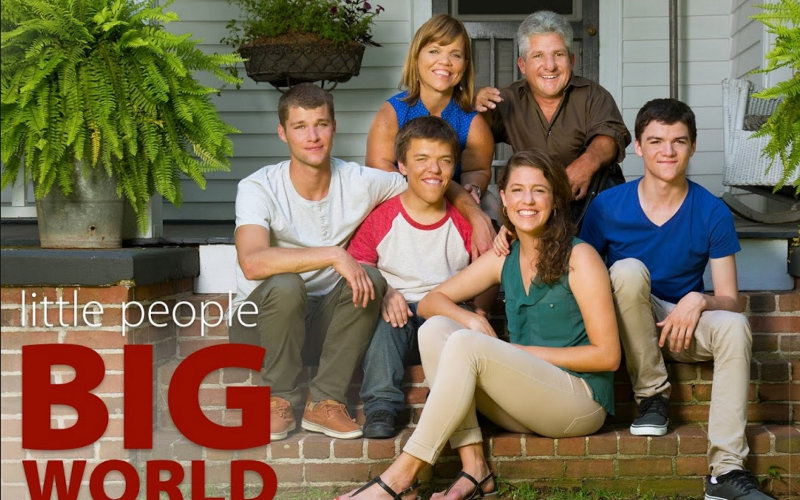 June 8, 2016 (LifeSiteNews) – The stars of the reality show “Little People, Big World” are coming under fire for saying “same-sex marriages” are “not something we agree with.”

Christian Jeremy Roloff and his wife, Audrey, run a blog titled “Beating 50 Percent,” dedicated to helping couples give each other 100 percent of their time and devotion.

“We are not claiming to be a resource for same-sex marriages,” Audrey Roloff wrote in a comment. “It is not something we agree with.”

However, she did “invite same-sex marriages to read our content…They wouldn't see our blog for what it is against but what it is for.”

“We are for opposite-sex marriages that are striving to give more than average to their marriages, to live out the covenant of marriage every day, and to center their marriage around Christ,” she continued.

“That being said, know that our content is not written to same-sex marriages, so to say that we don’t offer advice for that side is accurate,” she concluded.

The comment has since been deleted, but a screenshot survives.

LGBT activists also posted a screenshot of a 2012 Twitter post by Jeremy's younger sister, Molly, in which she praised Kirk Cameron's contentious interview with CNN's Piers Morgan over the issue of homosexuality.

Molly Roloff tweeted, “Go Kirk for standing up for what you believe. Expressed his belief without being hateful or condemning anyone. Very brave.”

The family has never hidden its faith. The children attended a private Christian school, and the family would say grace or pray on some episodes.

For some, it was not enough. Younger brother Jacob Roloff recently announced that, while he is not an atheist, he never practiced his family's Christian faith.

But the family never advertised its socially conservative positions, either.

LGBT blogs and entertainment websites have noted that, when mother Amy Roloff first created her website, she included a link to Focus on the Family.

They became increasingly riled as Audrey Roloff shared an article on social media about “true Christian marriage” and spoke at a women's conference with her friend Lisa Bevere, a worldwide Christian leader and wife of charismatic pastor John Bevere. They also uphold traditional Biblical teachings on sexuality.

The TLC reality series, which chronicles the life of a family afflicted with dwarfism, is in its ninth season.

Marriage has been pivotal to the show's success. The episode featuring Jeremy's marriage to Audrey earned 2.3 million viewers and broke series records.