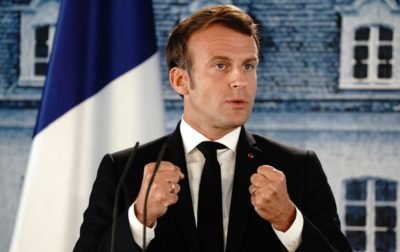 PARIS (LifeSiteNews) — Politically, France has just emerged from an earthquake. Nobody – least of all the polling institutes – had foreseen that Sunday’s national legislative election would leave President Emmanuel Macron in a state of near knock-out.

Macron’s party failed by a much larger margin than anticipated  to obtain a majority in the newly elected National Assembly: for every government bill presented to the lower chamber, Macron’s alliance, which has a relative majority with 245 seats, will need to find between 40 and 50 votes from the extreme left or from the institutional “right-wing” to be adopted.

It is a major defeat for Macron, nicknamed “Jupiter.” Commentators noted that he has been “punished” for his arrogance. His failure to set up a convincing campaign, and the five years of pain and suffering inflicted on large sections of the French public, from the high energy prices that triggered the “Yellow Vest” movement and its violent repression by French law enforcement officers, the increasingly heavy taxation on real estate, and, of course, the disastrous and tyrannical handling of the COVID crisis all played a role.

During his first stretch as president, from 2017 to 2022, Macron and his government could do more or less what they liked, thanks to a comfortable majority made up of many subservient first-time representatives. In particular, they voted for all COVID restrictions and record COVID spending invented by the executive and helped the culture of death on its way with pro-LGBT, anti-family, anti-freedom of education, and pro-abortion bills.

Macron’s own party, “Renaissance” (formerly “La République en Marche”), which has formed an alliance with several centrist groups for the election battle under the “Ensemble” (“Together”) banner, obtained a scant 162 seats out of 577. This is a contrast to the 313 seats it won in the previous election in 2017.

At the same time, the Rassemblement National (RN), Marine Le Pen’s more nationalist-oriented movement, obtained a totally unexpected and unprecedented number of seats in the National Assembly: 89 (out of a total of 577) despite an unfavorable election system designed to favor two major parties in order to have a clear legislative majority. Even the RN had not hoped for such success in its wildest dreams. It is now the single largest opposition party in the House and has enough members to constitute a parliamentary group, which includes perks such as more speaking time, leading positions in parliamentary commissions, more public funds, and a larger number of assistants.

Many of the new representatives are not professional politicians and hail from all walks of life. They include a chambermaid, Lisette Pollet, who soberly told interviewers, “I’ll need to be impeccable,” that she must now prove to her electors that she is worthy of their trust, and that she intends to “work twice as hard to prove they did right” to elect her.

Joris Hébrard, a physiotherapist from the outskirts of Avignon in the South of France, has also attracted attention: he refused the COVID shot and boosters which are compulsory for all health workers and has made clear that he will defend “public liberties” at the National Assembly. He is one of the thousands of health workers who have been suspended without pay or relief benefits since last October. He obtained 51.14 percent of the vote against the radical left-wing candidate, Farid Faryssy.

Faryssy is a member of the coalition on the opposite side of the political spectrum: “NUPES” (Nouvelle union Populaire écologique et sociale) that went into battle as a united front: La France Insoumise, whose presidential candidate Jean-Luc Mélenchon came third in the April presidential election behind Macron and Le Pen, made up an alliance with the communist, socialist, and environmentalist parties. While presenting himself as an opposition leader, Mélenchon called on the French to vote for Macron in the run-off of the presidential election in April in order to defeat Marine Le Pen, who came in second.

According to many media predictions, NUPES was set to come first in the legislative election, giving Mélenchon a good chance of becoming Macron’s prime minister in a “cohabitationist” government where heads of state and government hail from opposite sides. But La France Insoumise, which is an openly Trotskyite-communist movement, only obtained 75 seats – significantly fewer than Marine Le Pen’s party, whose candidates got no small number of victories in showdowns where they were facing opponents from NUPES. The alliance itself did less well than predicted, obtaining a total of 133 seats. The socialists and communists have already announced that they will not remain in the NUPES alliance once in Parliament.

La France Insoumise clearly obtained many votes in electoral districts where Islamic immigrants and their descendants form a large part of the population, and unashamedly campaigned in their direction, justifying “communitarian” Islamic demands in one of the most ancient nations of Christendom.

Macron has already been forced to scrap several political plans, and discussions appear to be underway to find stable allies on his right – but the “classic” right-wing party, Les Républicains, with only 61 seats, is wary of being swallowed up by the “Macronists” and will need to be an opposition party merely to exist.

Given that Marine Le Pen has committed to scrapping the COVID pass and the vaccine mandate for health workers, and that NUPES, albeit less clearly, also takes an anti-COVID restriction line, many hope that the political earthquake that rocked France will restore freedoms and protect from renewed mask mandates, lockdowns, and increasingly unavoidable vaccine campaigns.

For the last few weeks, mainstream media have been preparing public opinion for the return of the COVID green pass, explaining that infections are once again on the rise with the appearance of a new strain (although hospitalization numbers remain low). New laws appeared to have been under preparation for the coming weeks. The humiliating defeat of Macron may well preserve France from COVID tyranny for the coming weeks or months.

Many French voters are also savoring the pleasure of seeing ministers and former ministers who were candidates in the legislative election beaten – these include the present health minister, Brigitte Bourguignon, who was clearly following in her predecessor, Olivier Véran’s footsteps regarding COVID.

Macron’s beating has not provided pro-lifers with the hope that anti-life and anti-family measures will be reversed. Unfortunately, no party in France has a clear anti-abortion stance – in fact, pro-life politicians are more or less assured of never climbing very high on the political ladder. But notions such as surrogacy and euthanasia, which were next on the list of “societal progress” and parliamentary debate under Macron, may now be at least postponed.

Last but not least, Sunday’s election was marked by very high abstention figures (53.77 percent of registered electors did not bother to vote), while over 1,700,000 people who did vote, out of a total of 22,464,276, chose to cast blank or spoilt ballots.

This was often the case when facing an impossible choice between a Macronist and a NUPES candidate.

France may well soon find itself in a state of political deadlock. Macron will arguably be tempted to dissolve the National Assembly and call for new elections. Classic interpretation of the Constitution would force him to wait one year before doing so, however. And the game has become more dangerous than ever, now that the “glass ceiling” that prevented the Rassemblement National from making a breakthrough into Parliament appears to have been shattered once and for all.