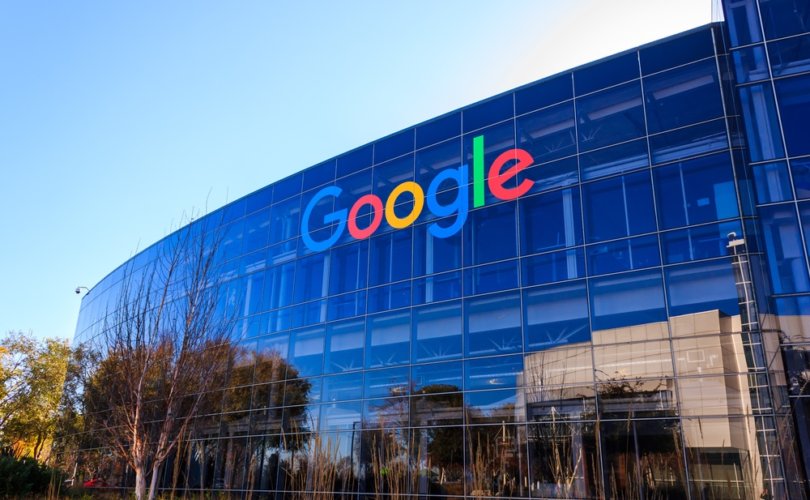 WASHINGTON, D.C. (LifeSiteNews) — A trove of formerly classified internal documents released as part of a congressional investigation into Big Tech could help lawmakers rein in the power of massive companies including Amazon, Facebook, and Google, reports suggest.

The Committee formally published its 450-page “Investigation of Competition in the Digital Marketplace” report Tuesday, after a 16-month investigation headed by the Antitrust Subcommittee, according to a June 19 press release put out by Democratic U.S. Rep. David Cicilline, chairman of the Subcommittee on Antitrust, Commercial, and Administrative law.

Politico noted the newly released documents could add “ammunition to the push for Congress to toughen antitrust laws,” and “bolster the committee’s claims that the internet giants illegally favor their own products.”

Internal documents from Google and Amazon show new examples of how the companies favor their own products over competitors’.

One example: Heavily redacted emails appear to show how Google pressured phone makers to prioritize its own apps on their devices. https://t.co/6uYmE61tAq

The Tuesday press release stated the recently released documents include “internal Facebook documents showing the company views itself as dominant in the social networking market and insulated from competitive threats.”

Similarly, formerly classified communications obtained from Google appear to show the company “leverages its control over the Android mobile operating system to prevent smartphone manufacturers from introducing products or services that compete with Google’s family of mobile apps,” the press release stated.

Internal Amazon documents, meanwhile, allegedly “demonstrate how Amazon’s abuses its dominance over e-commerce to coerce third-party sellers to purchase other services from Amazon, such as fulfillment and distribution.”

Google spokesman Peter Schottenfels pushed back against the committee’s report in a statement to Politico, arguing the documents had been “cherry-picked,” and that the report  “relies on outdated documents and inaccurate allegations from our commercial rivals.”

While it’s unclear whether the House Committee will be successful in pursuing antitrust litigation against the Big Tech companies (Politico noted that “pending legislation to update antitrust laws would make” lawsuits “more difficult”) the trust-busting push has bipartisan support in a divisive political climate that rarely sees cooperation from both sides of the aisle.

Many Republicans, largely interested in cutting back Big Tech’s power to censor the voices of conservatives, have also advanced efforts to break up corporate monopolies via antitrust litigation.

AZ Senate candidate @bgmasters on big tech: “Republicans need to reacquaint themselves with their history of antitrust enforcement, and realize huge concentrations of power in private hands can violate people’s liberties just as much as government.”https://t.co/KK6F8IT3A5

Republican Sen. Josh Hawley of Missouri, for example, has been an ardent supporter of antitrust legislation against Big Tech corporations.

Last year, Hawley introduced the “Bust Up Big Tech Act” to stop corporations from “seeking to dominate multiple industries simultaneously by banning companies like Amazon from marketing their own retail goods alongside those of other sellers or providing online hosting or cloud services to an ever-growing swath of the internet—including competitors.”

In January, Hawley, along with Republican Senators Lindsey Graham, Steve Daines, and Ted Cruz, formed an unlikely alliance with Democratic Sen. Amy Klobuchar of Minnesota to back Klobuchar’s bipartisan “American Innovation and Choice Online Act,” which would “ban self-preferencing by Big Tech platforms such as Amazon or Google,” protocol.com reported.

While the moves to bust up Big Tech monopolies have garnered bipartisan support, other Republican lawmakers and politicians have focused more intently on preventing social media companies from censoring conservative voices.

Republican lawmakers have notably pushed for social media companies to be stripped of their protections under Section 230 of the Communications Decency Act, which shield them from legal liability for content posted on their sites. Conservatives have argued that Section 230 protections should not be afforded to companies that censor or curate content, thereby acting more as an editor than a platform.

In May, the attorneys general of Missouri and Louisiana filed a federal lawsuit alleging that the Biden administration had conspired with social media companies to suppress Americans’ free speech on a range of controversial subjects.