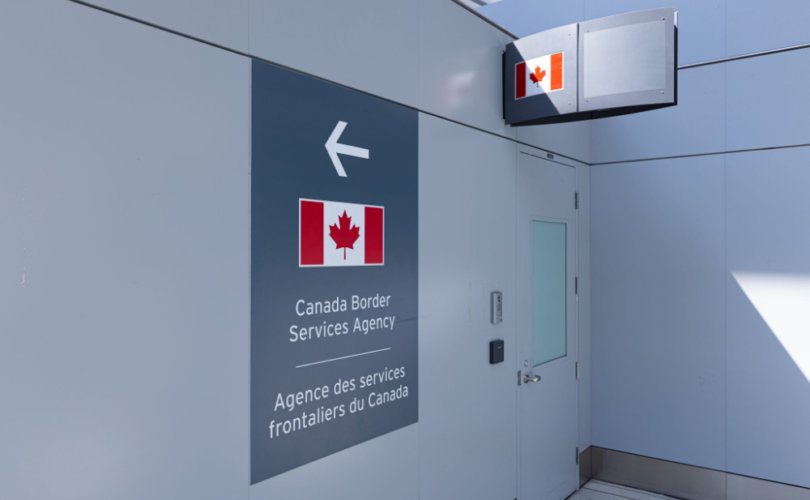 As reported by Blacklock’s Reporter, the cabinet of the Canadian federal government disclosed the searches in a reply to a formal Inquiry Of Ministry tabled in the House of Commons.

The number of searches peaked in 2018, which was right around the time a legal challenge against the CBSA searches was launched.

CBSA agents were unhindered to search one’s smartphone or other devices when they wanted to up until the year 2020.

In 2020, there was a successful legal challenge against CBSA agents searching one’s smartphone. The Alberta Court of Appeal ruled that random searches by border agents were a breach of Canada’s Charter of Rights And Freedoms.

The court judges wrote that “devices now contain vast amounts of data touching on financial and medical details, the personal likes and propensities of users and their geographic movements over time.”

Judges noted that the CBSA under the Canada Post Corporation Act was not allowed to search mail if it was under 30 grams.

Conservative Party of Canada MP Raquel Dancho had asked in the Inquiry of Ministry, “How many searches involving the viewing of contents on individuals’ electronic devices has the Border Services Agency conducted?”

The CBSA said that before 2017 it did not count how many searches in conducted, saying the information was only available after November 1, 2017.

Under Canada’s Customs Act, CBSA agents treated one’s cellphone or other electronic devices as akin to an ordinary good, which meant it was subject to search when asked.

If a CBSA agent requested one hand over their electronic device, a traveler was told they must give the agent the password or face having the device taken away.

In June, a proposal before Canada’s Senate to lower the threshold for when border guards would be allowed to snoop on or even seize one’s electronic devices was voted down by the national security and defense committee.

Bill S-7, known as “An Act to amend the Customs Act and the Preclearance Act, 2016,” was proposed by Prime Minister Justin Trudeau-appointed Senator Marc Gold. It recently finished a review by the national security and defense committee and now awaits third reading.

As originally worded, Bill S-7 would allow CBSA agents to search one’s device based on a “reasonable general concern” that a crime was being committed.

On June 20, senators in the national security and defense committee amended Bill S-7 to read that CBSA officers must show “reasonable grounds to suspect” a crime was being committed to conduct a search.

Once the bill is through in the Senate, it will go to Canada’s House of Commons.

Canadian MPs recently sounded the alarm regarding one’s privacy after they learned that the country’s top police force, the Royal Canadian Mounted Police (RCMP), has been using spyware, potentially on politicians without their knowledge.

As reported last month by LifeSiteNews, MPs of the House of Commons ethics committee raised the issue regarding personal privacy at the same time RCMP Commissioner Brenda Lucki would not disclose whether the spyware was used to target politicians.

Recently, Canada’s House of Commons ethics committee was told by a group of academics that spyware used by police is “cloaked in secrecy” and regulation is needed.