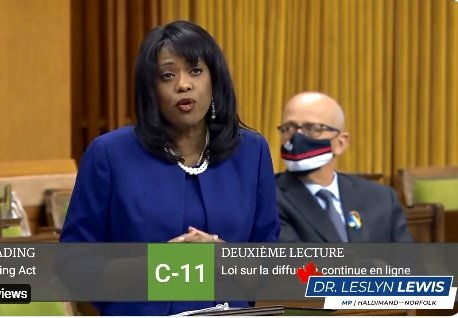 OTTAWA, Ontario (LifeSiteNews) – Dr. Leslyn Lewis is the only pro-life candidate in the Conservative Party of Canada (CPC) leadership race now that three others have been cut.

A total of six candidates are moving on to the next stage. Of those six, only Lewis has a “green light” rating as a “supportable” pro-life candidate from Campaign Life Coalition (CLC).

Two other candidates who are pro-life and endorsed by CLC— Joseph Bourgault and Grant Abraham—were disqualified from  the race, even though they had raised the mandatory campaign funds. CPC MP Marc Dalton, to whom CLC also gave a “green light” rating, did not raise enough funds to meet the April 29 final entry deadline.

LEOC has not explained why Bourgault, Abraham and an additional CPC candidate, Joel Etienne, were disqualified.

Last week LifeSiteNews reported that Bourgault had met the thresholds set by the CPC and had submitted all the required documents.

CLC gave Bourgault a full endorsement, saying he is a “stellar pro-life, pro-family candidate who will also advocate for religious freedom, free speech and against authoritarian mandates on abortion-tainted vaccines.”

Abraham’s campaign team told LifeSiteNews that they believe they met the proper thresholds for their candidate to be allowed to run in the leadership race.

“Grant and his team are currently actively engaging the party for specific details on why his candidacy was deemed ineligible when we feel we met the requirements,” said Abraham’s campaign team.

“As soon as we have those details, we’ll communicate our next steps.”

On Monday Lewis voiced concern that some candidates were disqualified from running in the leadership race.

“We want a fair race. I’m not afraid of a hard fight, and the Conservative party is not one that should be cancelling legitimate contestants. @CPC_HQshould let them run,” Lewis tweeted.

According to a CBC news report, CPC executive director Wayne Benson said that the disqualified candidates were taken off the ticket based on the “requirements set out under the rules, not any prospective candidate’s political beliefs.”

“What do both these disqualifications have in common? They’re both social conservatives which the red Tory swamp has been trying to purge from the party for years now,” said Fonseca.

Fonseca noted that the third candidate disqualified, Joel Etienne, “is also rumoured to be a so-con although CLC was not able to speak with him and qualify him as a pro-lifer ourselves.”

Fonseca told LifeSiteNews that CLC hopes both Bourgault and Abraham will appeal their disqualifications, “in court, if necessary, because it’s totally unfair and undemocratic.”

Fonseca added that CLC will do its best to “ensure that Leslyn Lewis is victorious as the only candidate we can green-light” should Bourgault and Abraham be unsuccessful in their appeals.

As for the other candidates, Baber is an independent MPP from Ontario who has spoken out against COVID mandates and lockdowns. Brown is the Mayor of Brampton, Ontario.

This Thursday, leadership candidates will face their first debate, which will take place in Ottawa at the 14th Annual Canada Strong and Free Networking conference.

The first official party debate will be held in Edmonton, Alberta on May 11, with a French debate taking place in Laval, Quebec on May 25.