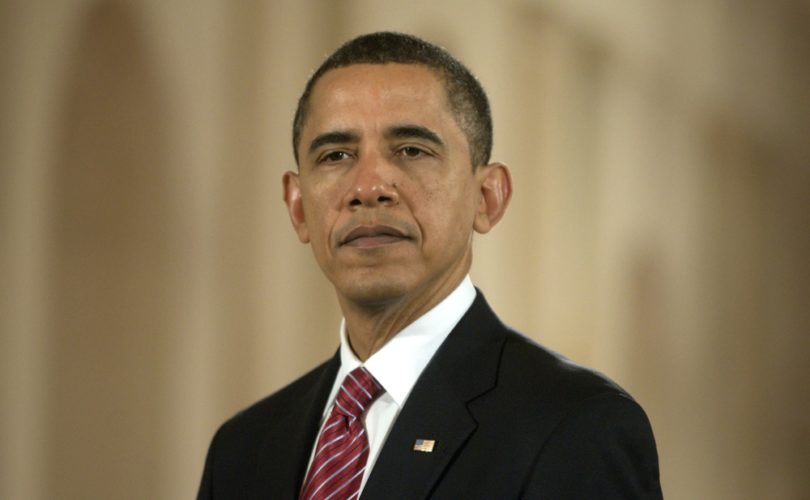 The rules, under the Affordable Care Act, also known as "Obamacare," would prohibit discrimination based on 'gender identity.'

In a letter, the groups told the administration its new interpretation of the anti-sex-discrimination Title IX law “violate[s] federal law” and “ought to have a religious exemption of proper scope.”

The objections are based upon how the administration is interpreting Section 1557 of the Affordable Care Act (ACA). In a press release, the Department of Health & Human Services described the Section's regulations as an effort to extend “civil rights protections banning sex discrimination to health programs and activities.”

The Obama admin. press release outlines several changes to discrimination law, specifically that “women are protected from discrimination not only in the health coverage they obtain but in the health services they seek from providers.” Additionally, “Individuals may not be subject to discrimination based on gender identity. For example, some insurance policies have historically contained categorical exclusions on coverage of all care related to gender transition.”

“Those categorical exclusions are prohibited under the proposed rule. Individuals must also be treated consistent with their gender identity, including in access to facilities.”

The USCCB and the rest of the letter's signers say these changes are unacceptable.

The letter outlines concerns about the potential “to require the provision of, or coverage or referral for, abortion,” as well as the rule's protection of “gender identity” and requirement of “services related to gender transition.”

Additionally, signers are concerned about how the administration might interpret discrimination on the basis of “sex stereotypes,” and “individuals who identify as neither, both, or as a combination of male and female genders,” as well as treatment of same-sex couples.

“This expansive definition of sex discrimination lacks support in the language and legislative history of Title IX, and is likely to have a detrimental effect on the privacy interests of patients,

to interfere in some instances with the effective delivery of health care services, and to infringe upon the religious and moral convictions of health care providers, insurers, and other stakeholders,” says the letter.

“Based on these flaws, the regulations violate federal law, including the Administrative Procedure Act. Finally, like Title IX, which Section 1557 mirrors, the regulations ought to have a religious exemption of proper scope.”

This isn't the first time the Obama administration has used Title IX funding to force its preferred policy prescriptions. In 2014, the administration reinterpreted the 1972 law — which was designed to prevent discrimination on the basis of sex — so as to force school districts to create preferred statuses for students and teachers with gender dysphoria, or lose federal funds.

Earlier this month, the pressure against schools in Illinois and Virginia was ramped up, with the administration explicitly threatening to pull funds unless transgendered students were allowed to use restrooms, locker rooms and other facilities of the opposite sex without limitations.