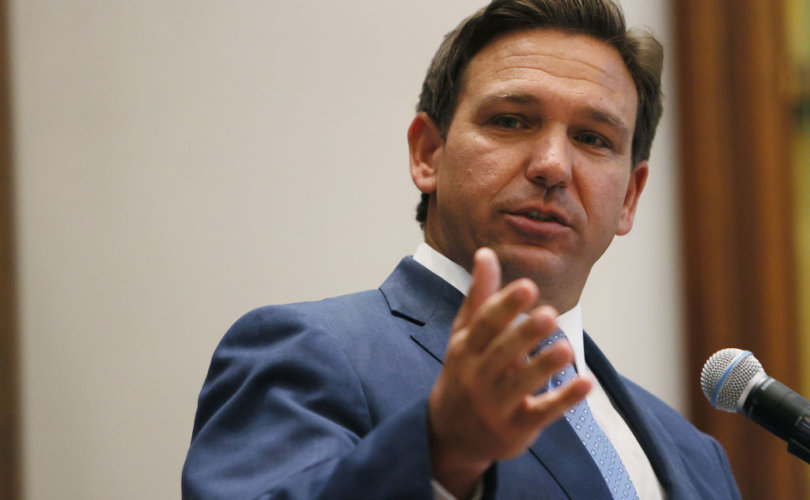 (LifeSiteNews) – Religious leaders in Florida, including two “Christian” pastors, have sued to overturn the state’s recently activated 15-week abortion ban, arguing the law infringes upon their freedom of speech and of religion.

Five separate lawsuits complain that the Florida abortion ban restricts the congregational leaders’ “ability to counsel … about abortion in accordance with their faiths, since Florida law prohibits counseling or encouraging a crime,” Reuters reported.

The plaintiffs include pastors of the United Church of Christ and of the Episcopal Church, three rabbis, a Buddhist lama, and a Unitarian Universalist minister.

HB 5, which came into effect on July 1, includes exceptions in cases where a mother allegedly risks death or “irreversible physical impairment,” but not for rape or incest. The law was modeled after the 15-week abortion ban in Mississippi that came before the Supreme Court in Dobbs v. Jackson Women’s Health Organization. The case decision, officially released in June, allowed such abortion bans in the first and second trimester by overturning Roe v. Wade.

READ: Pro-lifers must not give in to the radical left after Kansas’ disastrous abortion vote

The unnamed Episcopalian pastor, located in Miami-Dade County, argues in his lawsuit that since 1967, the Episcopal Church “has affirmed both the sanctity of all human life” and a woman’s “right” to choose an abortion.

Without addressing how abortion infringes upon the sanctity of life of the unborn, he goes so far as to argue for abortion without restriction on behalf of the Episcopal Church:

“The Episcopal Church believes that ‘access to abortion is a key element in preserving the health, independence, and autonomy of those who can bear children,’ and ‘all Episcopalians should be able to access abortion services and birth control with no restriction on movement, autonomy, type, or timing.’”

The lawsuit of Laurinda Hafner, a “reverend” of the United Church of Christ (UCC) in Miami-Dade, called HB 5 a “pernicious elevation of the legal rights of fetuses while at the same time it de-values the quality of life and the health of the woman or girl who is pregnant.”

The suit claimed the law was “in direct conflict with” her “clerical obligations and faith,” according to which she and other members of the UCC would “support and/or counsel” in favor of abortion before or after 15 weeks in cases of “incest, rape, or trafficking, non-fatal fetal abnormalities, or psychological disease or impairment.”

The United Church of Christ (“UCC”) was formed in 1957 by the union of two Protestant denominations: the Evangelical and Reformed Church and the Congregational Christian Churches.

Governor DeSantis pointed out during a Thursday press conference that abortions performed after 15 weeks are typically carried out through dismemberment, a procedure he called “really inhumane.” Also referred to as dilation and evacuation (D&E), dismemberment abortion involves ripping off the limbs and crushing the skull of a fully-formed baby with a sopher clamp and removing him or her from the womb, as LifeSiteNews has reported:

Around four percent of abortions in Florida – more than 3,300 – occurred at 15 weeks of pregnancy or later in 2020, according to the Charlotte Lozier Institute, the research arm of Susan B. Anthony Pro-Life America. As of 2020, Florida had one of the highest abortion rates in the U.S., at 19.2 per 1,000 women, and 65 abortion sites – triple that of any other southern state.

The 15-week ban significantly curbs late-term abortion in the Southeast. Florida previously prohibited abortion at 24 weeks (six months) gestation, and all of the surrounding states have banned abortion either throughout pregnancy or at around six weeks. Many women seeking late abortions had traveled to Florida due to its prior looser restrictions, according to Reuters.