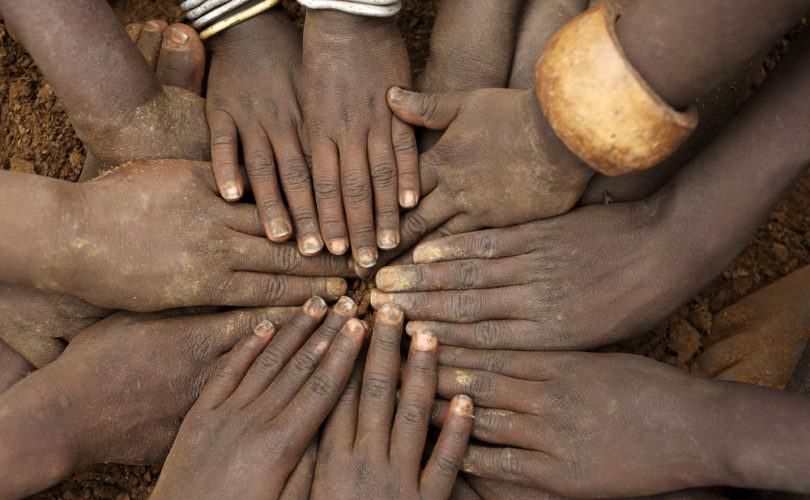 Washington D.C., November 2, 2015 (LifeSiteNews) — The mission office of the religious order founded by St. John Bosco has a program in place that promotes immoral and risky sexual practices for South African youth similar to that of Planned Parenthood, a new report states.

The Salesian Missions are under the auspices of the Salesians, the Society of St Francis de Sales, a religious order founded by St. John Bosco. St. John Bosco’s vocation to the priesthood was based upon a dream he had at an early age that inspired him to save young men through their sanctification.

Among the components of the Salesian Mission Office’s stated purpose, according to its website, is to raise funds for its missionaries to assist poor youth and families in more than 130 countries, and to promote and encourage prayer and the principles of St. John Bosco, which are reason, kindness and religion.

Contraception, including condom use, is against the teaching of the Catholic Church, as is sexual activity outside the lifelong sacramental bond of matrimony between one man and one woman.

LifeSiteNews contacted the Salesian Mission Office for comment on the report via phone and email, and the office responded by requesting a regular mailing address to send a forthcoming statement. In its email reply, the Salesian Missions said the Lepanto Institute report made “false allegations” and made claims that have “absolutely no merit.”

LifeSiteNews provided a mailing address, but also requested an electronic copy of the statement, and communicated to the Salesian Missions Office that publishing deadline constraints would not accommodate the wait for a mailed statement, but received no further response.

Without dealing with any specifics or naming the Lepanto Institute, Father Hyde’s statement said, “These claims are without merit, as with many other claims made by this organization.”

The statement went on to speak of the Mission’s allying with other Catholic organizations that have also been the object of “false claims” and “misleading attacks.”

“The Salesian Missions' statement follows the same exact formula used by Catholic Relief Services, the Catholic Campaign for Human Development and other social justice organizations,” Hichborn said. “Deny any wrongdoing, assert a nebulous motive for these ‘attacks,’ completely fail to address the facts, and then talk about the good work they do.”

Hichborn said as well that it's completely incomprehensible for the Salesian Missions to claim that the allegations are false, when the information came from their own website and was verified by PEPFAR, USAID, and the Life Choices program in South Africa that they established.

“This is just another example of what happens to good organizations that take government money,” stated Hichborn. “If you take the king's coin, you will do the king's bidding. It's that simple.”

The Salesian Missions would have done better to have admitted fault and then promised to rectify the situation, he told LifeSiteNews, but they can't do that as long as they want to receive government funding.

“So now, the Salesian Missions has sullied the good works of the Salesian Order,” he continued, “and provided yet one more example of a corrupted Catholic charity that Catholics can't donate to in good conscience.”

Among the charges in the Lepanto Institute report is that the U.S. Governmental initiative PEPFAR (The U.S. President's Emergency Plan for AIDS Relief) gave the Salesian Missions a $56,599 grant in 2007 for HIV prevention programs in Kenya.

The 2007 PEPFAR grant to the Life Choices program resulted in the Salesian Missions providing information on condom use.

“Salesian Missions is supporting the USG objective of promoting HIV prevention efforts in Kenya …” the PEPFAR report states. “The main objective is to change social norms regarding risky sexual behavior, and the education and dissemination of information on condoms and condom use.”

The Lepanto report details instances of condom promotion, explicit information on various sexual activities, and encouragement of contraception use in the Salesian Missions’ Life Choices program in South Africa, without mention of Catholic teaching on sexuality or marriage.

Hichborn told LifeSiteNews since the report was issued he has discovered additional information showing that the Salesian Life Choices program actually distributed more than 100,000 condoms in 2008.

The Salesian Missions website states as well that with the USAID funding it has subjected 375,000 youth to the Life Choices program.

Hichborn told LifeSiteNews he inquired with the Salesian Mission Office, sharing the report and asking for a response, five days prior to his publishing it.

However, in lieu of responding to him they took other action.

“The access to the manuals on the Salesian Life Choices in South Africa website suddenly became inaccessible after I published the report,” Hichborn said. “This falls under the old saying that ‘only the guilty run from the law.’”

The fact that the Salesian Life Choices office in South Africa immediately closed down a key portion of its website once his report was published, speaks volumes, Hichborn told LifeSiteNews.

“Rather than responding to me or the evidence, the Salesian Missions decided instead to issue a blanket denial,” he said. “It would have been better for them to respond to me to clarify matters before the report was published.”

“The Salesian Missions must answer the charges,” said Hichborn. “They have an obligation to either prove the information wrong, or admit fault and make restitution.”