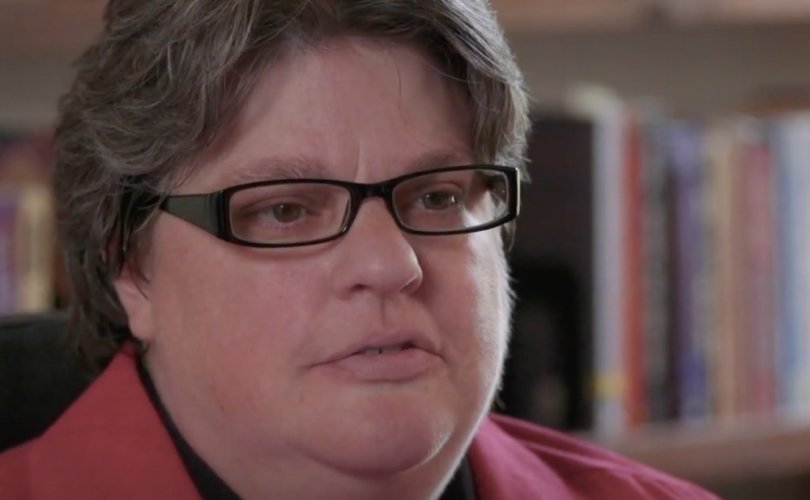 (LifeSiteNews) – A Franciscan nun-administrator in Wisconsin recently shared that her Catholic university will be “significantly curtailing” the events and activities of the pro-life group on campus.

“Viterbo University, founded in 1890, ‘is proud to be the only Catholic university in the Diocese of La Crosse and to participate directly in the life of the local Church,’” DeMeuse wrote in her post. “According to their website, what makes Viterbo Catholic is ‘a commitment to upholding the Gospel understanding of the sacredness of all human life.’ However, the comments that ensued during Monday’s convocation raise suspicion over the validity of this commitment.”

According to DeMeuse, “an audience member asked why a pro-choice club was not allowed to form on campus.” The proposition had been made to Sister Laura Nettles, who said she could not allow the club to be called “pro-choice” due to it being “a trigger against the Catholic Church.”

The woman religious, a member of the Franciscan Sisters of Perpetual Adoration, said that she “would love to say yes to the club,” but asked the student who approached her with the idea “if he would be willing to consider a different name.” Some of the options she suggested were “Health Club” or “Reproductive Rights club.” She indicated that the club would be more feasible under a “different title,” although she also said that it could “do much of the same work,” which could include “supporting access to abortions as a right.”

— Article continues below Petition —
PETITION: Canonize Navy chaplain Fr. Capodanno for giving his life to save souls
Show Petition Text
7905 have signed the petition.
Let's get to 9000!
Thank you for signing this petition!
Add your signature:
Show Petition Text

“The suggestion that an essentially pro-abortion club be able to form under the guise of a ‘health’ club is grossly misleading,” DeMeuse continued. “Abortion is the direct and intentional killing of an innocent human life, and as such, it cannot be considered a ‘health’ initiative.”

“Abortion is not healthcare and is decidedly not a ‘reproductive right’…”

Sister Nettles also addressed the active pro-life group on campus by saying, “We are significantly curtailing their activities, what they can do, what they can’t do. They actually have to jump through a lot of hoops to be able to do what they do.”

“She made it abundantly clear that certain pro-life displays would not be allowed to continue and that the pro-life group would be asked to follow a certain set of ‘rules,’ yet she failed to outline what those rules might be,” DeMeuse wrote.

Danielle Smits, president of the student pro-life organization V-Hawks for Life, told LifeSiteNews that some of the rules include a “new policy to not allow non-Viterbo personnel at Viterbo tabling events.” However, Sister Laura Nettles did clarify with Smits that this guideline “applies to all clubs, not just the pro-life club,” and that “she informed me [Smits] that she misspoke to the faculty body.”

Smits told LifeSiteNews that the policy would impact the campus group’s association with Students for Life of America, which had previously partnered with V-Hawks for Life in tabling events.

Viterbo is not the first Catholic university in the country to have inhibited the work of student pro-life groups. Last year, the Catholic University of America refused to provide funding to the pro-life organization which wanted to buy doughnuts for students who joined them in weekly prayer visits outside abortion clinics. That same month, the administration at Loyola Marymount University allowed for a Planned Parenthood fundraiser to take place on campus.

“In regard to the so-called ‘Health Club’ that promotes abortion mentioned in the employee convocation, I have heard nothing further of that club being organized on our Catholic campus,” Smits told LifeSiteNews. “You can trust, however, that if it is created in my time here at Viterbo, I will not stand by silently.”