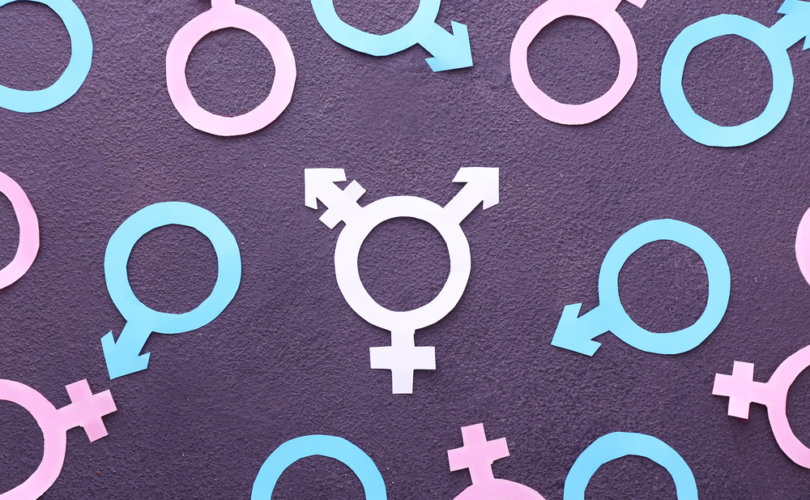 (LifeSiteNews) — A new academic study has been published which dismantles the basis for so-called “gender affirming healthcare,” the premise of which falsely purports the idea that boys can become girls, and vice versa.

While it is impossible for someone to change their gender, the paper criticizes medical arguments for the benefits of body-altering drugs and surgeries, such as puberty blockers and the removal of healthy organs, aimed at changing one’s gender.

The new paper, published in the latest edition of Sex and Marital Therapy, concluded that the “Dutch protocol,” which is behind the “gender-affirming” model of healthcare, is “methodologically flawed and should have never been used in medical settings as justification to scale this ‘innovative clinical practice.”

Research contained in the Dutch studies is behind the World Professional Association for Transgender Health guidelines, which advocate for the chemical and genital mutilation of children, with minimal barriers.

— Article continues below Petition —
Stand with Josh Alexander against school that allows boys to use girls' bathrooms
Show Petition Text
7269 have signed the petition.
Let's get to 7500!
Thank you for signing this petition!
Add your signature:
Show Petition Text

Dr. Stephen Levine, a psychiatrist and professor at Case Western University, wrote the paper along with two other researchers. Levine oversaw gender identity issues for the American Psychiatric Association and has written over 100 papers on sexuality and gender, many of them focused on gender dysphoria.

The researchers behind the two studies that make up the Dutch protocol, and subsequent transgender health guidelines, have a “tendency to present weak or negative results as certain and positive,” Levine’s paper stated. These problems “continue to plague reports that originate from clinics that are actively administering hormonal and surgical interventions to youth.”

“It is time for gender medicine to pay attention to the published objective systematic reviews and to the outcome uncertainties and definable potential harms to these vulnerable youth,” the paper stated.

The transgender health field “has a penchant for exaggerating what is known about the benefits of the practice, while downplaying the serious health risks and uncertainties,” Levine and his team wrote.

A new peer-reviewed open-access study exposes deep flaws in the Dutch studies that formed the foundation for youth gender transition. These studies should have never been used to launch the practice into mainstream medicine, conclude the authors./1https://t.co/45pFlYmkMx

According to the authors, the Dutch studies “suffer from such profound limitations that they should never have been used as justification for propelling these interventions into general medical practice.”

The early research on transgender drugs and surgeries, Levine noted, was never meant to serve as a broad academic base for protocols. Instead, due to the small amount of people who wanted to present themselves as the opposite sex, medical professionals were making it up as they went.

The studies did not show “meaningful psychological improvements significant enough to justify the adverse effects of the treatment – including the certainty of sterility.”

Furthermore, there were only 55 cases in the study and “key outcomes [were] available for as few as 32 individuals.”

The pro-transgender researchers also cherry-picked data and “assured that only the most successful cases at each treatment stage were included in reported results.”

The Dutch studies did not evaluate physical health outcomes of ‘gender-affirmative’ treatments, even though adverse effects of hormonal interventions on bone and brain had been hypothesized from the start (and were confirmed by subsequent research). Even without setting out to assess the risks, the Dutch research inadvertently revealed that the rate of short-term morbidity and mortality associated with ‘gender-affirming’ interventions may be as high as 6%–7%.

This is just the latest example of flawed academic research being used to push children and adults into getting injected with dangerous hormones or having healthy body parts removed – as would be expected form any research that falsely seeks to tell boys they can become girls.

For example, a study by a paid advocate for the LGBT lobby claimed to debunk the idea of a “social contagion” behind the rapid increase in transgender identification.

However, Jack Turban’s research was called a “disaster” by one social science journalist, while Catholic University of America business and research methods professor Michael New told LifeSiteNews the paper used flawed research. Turban relied simply on surveys that had confusing questions about “sex,” particularly if someone thought they were the opposite sex than they were. Turban also did not interview any gender dysphoric individuals for his study.

“In a field known for its weak methodologies and even weaker scientific conclusions, Turban’s study sets a new low,” Leor Sapir, with the Manhattan Institute, wrote in response to the paper.

LifeSiteNews has compiled testimonies from formerly gender-confused people along with insights from credential medical experts on the harms of transgenderism. This is a resource for confronting LGBT activists and helping gender-confused individuals realize the harms of chemical and surgical mutilations. Read more here.