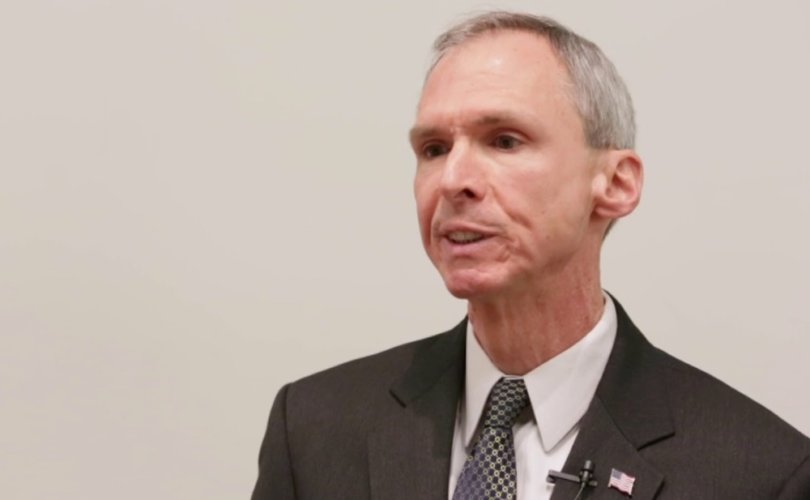 The Associated Press called the race for Lipinski with 97% of the vote reporting in. The incumbent edged out Newman by a razor-thin margin of 50.9% to 49.1%.

Lipinski declined to declare victory last night, telling his supporter that as an engineer, he wanted to be careful before making any uncertain pronouncements. Nor did Newman concede defeat, telling her supporters last night that “there's a good chance we wake up in recount mode,” though election recounts in Illinois are rare.

Despite his status as a seven-term incumbent, Lipinski has drawn the ire of his party for dissenting on various issues, particularly his opposition to abortion. Most recently, the National Right to Life Committee gave his voting record a score of 75 percent. He also serves as co-chair of the Congressional Pro-Life Caucus, and in 2013 co-introduced the No Taxpayer Funding for Abortion Act in the House.

Lipinski further outraged his fellow Democrats by being one of just three Democrats to vote against Obamacare. “I was not going to support a bill that provided taxpayer funding of abortion,” he declared in 2011. However, earlier this month he told Politico that he also “strongly opposed the repeal of the ACA,” and preferred to instead address its abortion funding through other legislation.

He has been a featured speaker several times at the annual March for Life in Washington, DC. However, he canceled his planned appearance at the 2018 march, saying he might “put [himself] in a potentially morally compromised situation” if he shared a stage with President Donald Trump.

Although he breaks with the Democrats on abortion, he remains in lockstep with them on several key social issues. He also told Politico he currently supports same-sex “marriage” despite voting against it in the past, and last July he voted to allow “transgender” soldiers to continue receiving “sex-change” operations at taxpayers’ expense.

Yet despite these overtures to the party’s left wing, his abortion position has cost him considerable support among Democrats. Last month, the Democratic Congressional Campaign Committee refused to endorse him for reelection, and while he retained the support of radically pro-abortion House Minority Leader Nancy Pelosi and Illinois Democratic Party chair Michael Madigan, the House’s other two Illinois Democrats, Jan Schakowsky and Luís Gutierrez, endorsed Newman instead.

Planned Parenthood, EMILY’s List, NARAL Pro-Choice America, MoveOn.org, and other left-wing groups also endorsed Newman, who vowed that abortion and taxpayer funding for Planned Parenthood would be among the “true blue values” she would champion in Congress. According to EMILY’s List president Stephanie Shriock, Lipinski has “put women’s reproductive health care in jeopardy” by opposing unlimited abortion-on-demand.

Between Lipinski’s incumbency and the intensity of opposition from the left, the race has been extremely tight. A March 6 Public Policy Polling survey commissioned by NARAL showed him with 43% support compared to Newman’s 41%, within the margin of error.

Because IL-03 is such a safe district for Democrats, with the party having held the seat since 1975, the Republican Party did not attempt to run its own candidate, leaving only fringe candidate Arthur Jones to run on the GOP ticket in the general election. The Susan B. Anthony List announced last week that it had volunteers canvass the district to mobilize turnout for Lipinski.

“Dan Lipinski is one of the few remaining pro-life Democrats in Congress, and he has shown extraordinary courage,” SBA List President Marjorie Dannenfelser said. She added that “[p]rincipled pro-life heroes of Dan Lipinski’s caliber in both major parties deserve the enthusiastic support of the pro-life grassroots.”

“This is a win not only for Rep. Lipinski and the pro-life movement, but for the majority of Americans who support common ground pro-life policies like limiting abortion after five months,” said Dannenfelser. “Dan Lipinski is a pro-life hero of legendary courage and integrity…It was an honor and a privilege for our team to support him and we look forward to continuing to work with him in Congress.”

The only House Democrat to vote to ban abortions at 20 weeks of pregnancy last year, Lipinski represents the last of a dying breed in his party, which over the past several election cycles has made its commitment to abortion more explicit and less compromising. In 2012, rhetoric calling for abortion to be made “rare” was removed from the national party platform, and the 2016 version added language declaring abortion a “core aspect” of all Americans’ “well-being” and calling for the federal government to overturn state pro-life laws.

Vermont Sen. Bernie Sanders, an Independent who caucuses with Democrats and ran for president as one in 2016, inadvertently brought this tension to the forefront last year when he endorsed Nebraska candidate Heath Mello who had dissented from the party on ultrasound laws. Sanders and Pelosi have argued Democrats must be open to pro-life candidates in difficult districts, while Democratic National Committee chairman Thomas Perez declared that Democrats’ allegiance to abortion-on-demand was “not negotiable.”