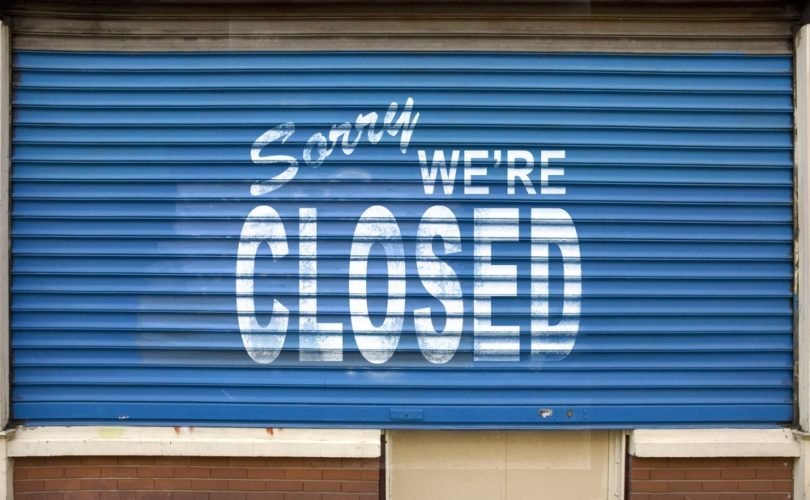 Approximately 45 abortion clinics have closed their doors or stopped providing abortions since 2011.

NEW YORK, New York, February 26, 2016 (LifeSiteNews) – Approximately 45 abortion clinics have closed their doors or stopped providing abortions since 2011 thanks to pro-life laws, according to a new report from Bloomberg Businessweek.

That number is just over one quarter of all clinics that have either closed or stopped offering abortions since 2011, when legislators in states across the country began introducing and passing hundreds of pro-life measures.

In addition to the 45 that couldn't meet new legal standards – the majority of which were in Texas –  more than 30 stopped doing abortions as a “business decision,” nearly 20 because there was “no doctor available,” and a smaller number due to an “unfit provider” and a “hostile climate,” reported Bloomberg,

A plurality of clinics stopped doing abortion due to “unknown/other reasons.”

Several states were highlighted by Bloomberg for the reduced number of locations for abortions, including Michigan – where two clinics were “unfit” to be providing abortions – and California, where a dozen have ended their abortion practices.

California has some of the most pro-abortion laws in the nation. It is currently attempting to force pro-life and religious organizations to provide insurance for abortion under the state's new law defining abortion as “basic health care services.”

The Bloomberg analysis reflects one of the few areas of agreement between advocates and opponents of abortion – that pro-life laws are just part of why the annual estimate of abortion in America has dropped by approximately one third in two decades. A December Bloomberg report cited reduced pregnancies during the recession, as well as “cultural acceptance of single motherhood” and increased use of contraceptives.

Pro-life advocates frequently disagree with the contraceptive argument, as many contraceptives double as abortifacients, and a prominent study of the effectiveness of contraceptives in Colorado had numerous flaws. Conversely, at least one study in Spain found that abortions have a net increase when comparing time periods when contraception is not widely used to when use is widespread.

One area of social change that may play a role in the drop of abortion providers is the increasingly pro-life positions held by Americans. While the “pro-choice” label is more popular – in keeping with decades of trends on the issue, according to last year's annual Gallup poll – more Americans identified as “pro-life” by a margin of 50 percent to 41 percent in 2012, and the pro-life label was more popular than “pro-choice” in 2009.

Pro-abortion study: Texas will be down to eight abortion clinics by fall